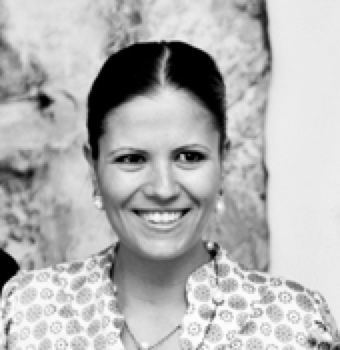 INN London is a new organisation set up to bring the best of a foreign city’s culture, creativity and commerce to the heart of London. Each year, over the next five years, INN will bring a city to life from the BRICT nations: Sao Paolo, Moscow, Mumbai and Shanghai, with Turkey, Europe’s very own emerging economic super power and the city of Istanbul as the first focus.

A five-day event each year will reveal what makes the focus city unique, from its contemporary art and architecture, to its fashion, food, drink and cultural life.

This groundbreaking cultural exchange launches with INN Istanbul opening Thursday 11th April 2013. As one of the largest cities in the world, Istanbul is unique in its geographical position and its fascinating heritage, but also has a pounding business heart. INN is for prospective tourists, those with an interest in what’s new and upcoming in Istanbul – from food to culture – and those looking to set up business links. More Details

1 Is curating art for a cultural show more difficult than for a pure art show/fair ?
For this show we decided to focus on Turkish galleries that show a strong mixture of emerging and established artists, the majority of whom are well-respected and widely collected locally, but not yet outside of Turkey, and who we feel are the next generation of Turkish artists who will become increasingly known and sought after internationally, while at the same time showcasing several artists that have already exhibited and entered collections in the US and the Middle East, but who are keen to enter the European market, and with London being such an international hub it seemed the perfect fit to push this dual agenda. As such, for this project, my role as curator was more about selecting the galleries and making suggestions to them about which artists and works we felt would work well in London and would showcase their wider portfolio in the best light.

2 Have you seen big changes in the Turkish art scene in the last few years?
There are many varied statistics out there, but taking a conservative estimate, over the past decade, and mainly within the past five years, the domestic Turkish art market has grown more than five-fold with annual sales surpassing 100 Million USD and auction prices increasing by over 350%. Contemporary Turkish art still constitutes a relatively small part of this total, but over the past few years this has increasingly changed as international auction houses, notably Sotheby’s (London) and Christie’s (Dubai) have taken an interest in the Turkish art market and Turkish galleries have started participating at international art fairs with their artists entering museum collections and Biennials. This has triggered international interest in a market that prior to 2008 had little exposure to international collectors and buyers.

Compared to art markets in the Middle East and India, the Turkish art market is more developed, with a solid infrastructure and grass-roots movement to support the growing art scene and art market. One of the characteristics of the Turkish art scene is the strong corporate and private patronage of the arts. Many of the leading art institutions in Istanbul are supported by banks and corporations.

In the past few years we have been seeing the coming of age of a new generation of Turkish contemporary artists, producing a body of challenging, politically positioned work that is of an international level and quality. Turkish art offers international collectors something fresh and largely untainted by the recent hype and speculation damaging other markets such as China and India. Prices are still reasonable in relative terms to Arab & Iranian, Indian and Chinese art. The artistic potential is phenomenal. The local art scene has experienced a boom in new art institutions since 2004, from galleries, alternative and artist-run spaces, privately funded museums and art centers, to art fairs and auctions. These spaces, such as Pi Artworks, Dirimart, art Sumer and others are the galleries participating at the INN London event. The younger generations of artists are pushing the boundaries with various media – photography, video and sculpture are becoming increasingly established. Turkish art contains a strong socio-political message. Artists respond to the government, the military, the PKK, delayed democratization, human rights violations, gay and women’s rights or the disparity in levels of wealth. Not all subjects are centered on domestic issues though – globalization, Turkey’s position in the world and the EEC are all taking centre stage. Interestingly, the work does not immediately strike one as being Turkish. The issues mentioned are local issues, but many resonate with the people of all countries hence the international appeal. Turkish Contemporary art transcends borders both East and West.

3 Can you tell us a bit about the kind of art people will be able to see at INN ? Are there any themes ?
At INN London visitors will be able to see a dynamic range of art from a variety of medium including photography, painting, sculpture and mixed media. Some of the work is very cutting-edge with several artists working in unusual media such as wire and cloth. We have also tried to include an even representation of male and female artists and various age groups to ensure a dynamic range of artworks.

4 How long have you worked on this project ?
Steve Wallington, INN’s Founder, first approached me about this project around 18 months ago and we have been working closely together for the past 8 months to make his vision a reality.

5 Finally if you had $175,000 to spend on art at INN what would you buy?
I would try to buy at least one artwork from each gallery represented at INN, so with this in mind, I would try to buy a Mehmet Ali Uysal mono print or a Gulay Semercioglu wire work from Pi Artworks, a Gozde Ilkin fabric piece from art Sumer, a Seda Hepsev painting from X-ist, an Ahmet Ipek Dogan drawing from Sanatorium, an Erol Eskici work on paper or a Suat Akdemir mixed media on canvas from Merkur, a Kezban Arca Batibeki photograph from Leila Heller, a Yusuf Sevincli photograph from Elipsis and a Halil Vurucuoglu work on paper from Dirimart, but I have a much more extensive wish list than this, and will be happy to share my recommendations with visitors at INN London.

Contemporary Istanbul (7-10 October) is back with a bang, bringing together 47 leading galleries, 634 artists and over 1240 artworks. […] 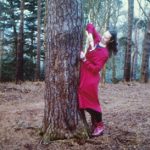 Delfina Foundation announces the London premiere of The Scar

Delfina Foundation announces the London premiere of The Scar, a fiction film installation by London and Istanbul based artists Noor Afshan Mirza and Brad Butler. 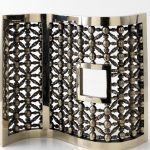 Ahead of L.A.F opening next week we asked its director Sarah Monk what where the Top7 things that excited her most about the 29th edition.