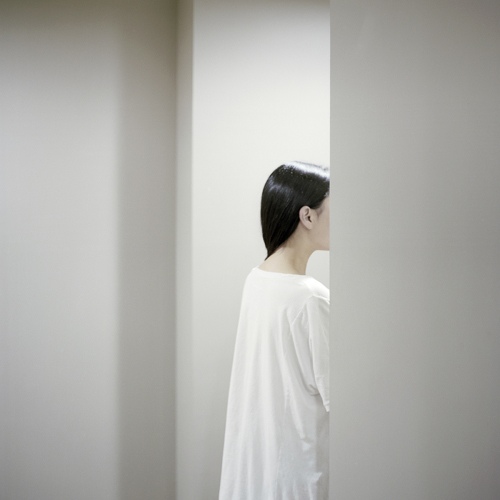 A new exhibition curated by Crystal Bennes, The Woman, The Gaze, The World is loosely themed around a picking apart of the question of whether women see the world differently than men.

Here, “seeing” refers most obviously to the individual artist’s interpretation of the world, but also to something which is further mediated through the camera lens.

A second element which ties these ideas of seeing and representation to the gender question (which is admittedly provocative) is about what interpretation itself actually means – as woman, artist, and/or photographer. Rather than attempting to establish each body of work as one of universal applicability, the exhibition presents each artist as offering a specific and personal take on photography as a medium and practice through various acts of filtering, of staging, of manipulating the “truth”.

Each artist has been paired with a writer, who has been challenged to create a new piece of writing that responds, however indirectly, to the work of that artist and to the themes in question. The intention here is to add a layer of richness to the exhibition, particularly given the considerable crossover in the way photographers and writers approach reality. Both disciplines frequently tend toward a staging of reality in order to highlight its theatricality and the often flawed assumptions we regularly make about how we think we see the world.

The exhibition includes beautifully-observed photographs by Catherine Hyland which depict the strange juxtaposition of one reality superimposed on to another; Seulki Ki’s sparse, subtle, idiosyncratic takes on loneliness and the body in urban environments; Eugenia Ivanissevich’s playful and layered reworkings of conventional landscape photography; curious collisions between fact and fiction in scientific processes represented in photographs by Victoria Jenkins; and Alison Stolwood’s images which highlight the often blurred distinctions between the natural and the artificial.

The Woman, The Gaze, The World is curated by Dr Crystal Bennes, classicist, curator and critic. She is the co-editor of Pages Of Magazine, contributing editor of Icon Magazine and runs the London-based contemporary art space, Flat C Gallery.

Two Events will accompany the exhibition: an open group discussion on the state of women in the arts on Thursday 25th April at 7pm, to coincide with Fitzrovia Lates, and a panel debate featuring, among others, a neurobiologist, an advertising executive and a gender theorist on whether women really do see differently than men on Thursday 2nd May at 7pm.