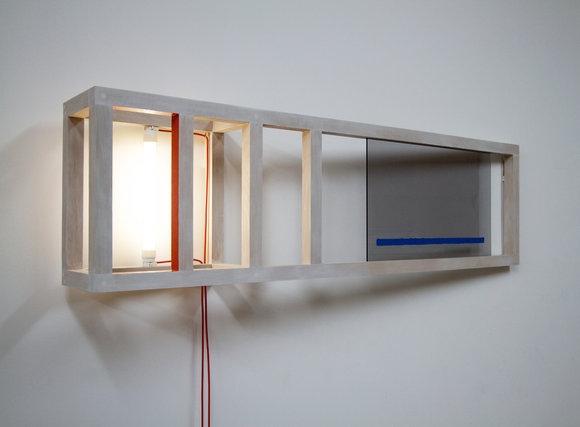 BISCHOFF/WEISS is to present Reflections on space, a solo exhibition of new sculptural work by Nathaniel Rackowe.

When daylight and darkness fade into each other, the city sits in half-light. Street lights flick on and off, an orange sun lifts over the skyline, neon advertising intensifies or dulls as the day turns. For a short while we exist between day and night.

The movement of neon in Nathaniel Rackowe’s sculptures NLP3 and NLP4 reflect the city’s shifting light. Transformation progresses with a gradual change in atmosphere, temperature and mood, as lights change from hot red to cool white. It’s an urban light, neon, which hypnotically captures our attention, impossible to resist. Rackowe’s geometric forms are almost like traffic signs warning of hazards ahead.

His materials and palette speak of buildings, street signs, construction sites: it’s an urban language. Like the memoir of an artist’s fascination with the city, his work comes from the streets of London, and cities visited during artist’s residencies, most recently in Copenhagen, during winter where the sun barely rises during long hours of twilight. Rackowe finds unexpected moments of urban beauty, lamplight shining on concrete steps, the symmetry of stairwell windows lined up the side of an apartment block, or blank light boxes used for advertising lit up at an empty bus stop.

He introduces glass into this work, which modifies the urban landscape into something slicker, more complete. His sculpture GP06 stands on the floor, smoked glass rises up out of foundations made from breeze blocks. The glass, framed by strip lights, glows like windows at dusk. Concrete brings the sculpture back to elemental things, to the construction site, raw materials, which have not been forgotten in favour of the sensual qualities of light.

Rackowe’s sculpture looks back to American minimalism, to Dan Flavin and Donald Judd. He engages with their rigorous aesthetic, and dramatic use of light: they were an early influence. But we live in confessional times, and there’s a personal dimension to his sculpture that his predecessors didn’t go in for. His is a reflection on contemporary life in the city, of wandering along empty streets at dawn, past construction sites where wires hang from scaffolding around skeletal buildings.

His glass pieces, titled from GP01 up to GP06, bring a sense of intimacy, of private spaces to his work. Sheets of glass, strip lights and wooden frames echo bathroom mirrors, our domestic life indoors rather than out on the streets. Their sleek geometric rigour is at the edge of designer cool but exposed wires and grey paint on oak roughen up the finish. They exist in between private and public, slick and raw, like the twilight place of his neon work. A hand painted vertical line wavers down the side of glass, making it function as a surface, rather than simply a transparent sheet of reflecting light. Wires snake down from a single light source, and echo the wavering lines of paint. Exposed rather than hidden, in bright colours like a high voltage warning, they remind us to be careful. These are not objects to get too comfortable with, or too close to, they might be hazardous. The geometry of each piece causes our eyes to flit between horizontal and vertical lines, of timber, glass, light and paint. Yellow, blue and red divide space with the strong urban colours of street signs, roadworks and building sites.

Beauty can be a tricky word particularly in contemporary art, too subjective, decorative, sensual, perhaps not clever enough. But Rackowe engages with it, he wants his work to be considered beautiful. As ever, it’s not that simple, his sculpture made of raw materials found in hardware shops and builders’ merchants, basic stuff, stands on the verge of a slick kind of beauty, and yet not quite. 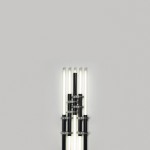 The ArtStack is an interesting platform. I like the fact that artists, art lovers, and art world professionals mingle shoulder to shoulder: There is no hierarchy there, and so it’s fascinating to see what art catches people’s eye. However, with all social median platforms, I always wonder how much they are really connected to what exists beyond their walls, digitally and in the real world. The collaboration between The ArtStack and Christie’s on the First Open/LDN competition makes this link; the digital realm of ArtStack crosses into the very physical realm of works on the wall at Christie’s. 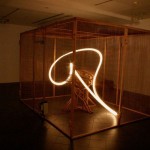 House of the Nobleman will be celebrating its 5th annual exhibition, during Frieze week , with a major display of Light Art at 12 Hay Hill in London’s Mayfair. 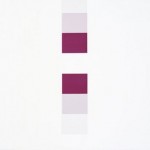