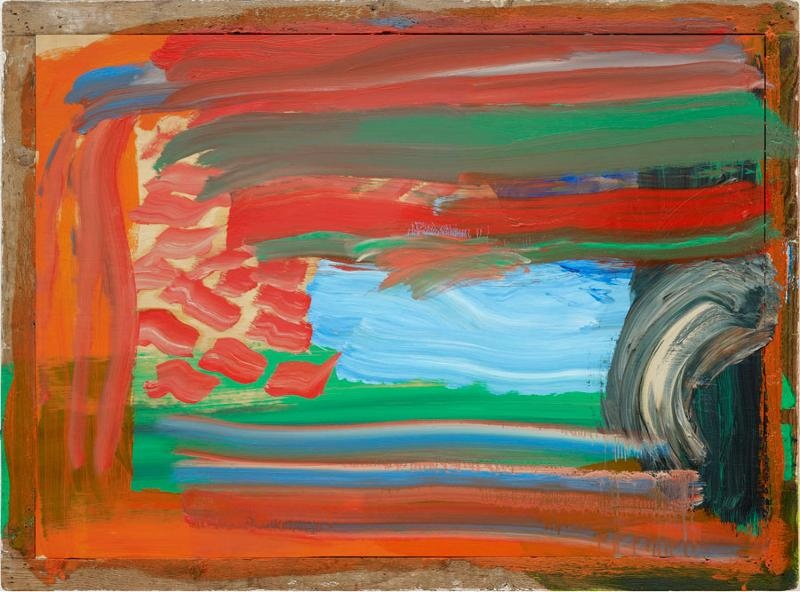 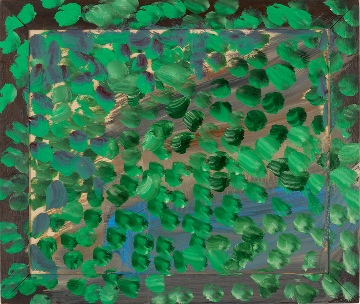 I don’t think you can lightly paint a picture. It’s an activity I take very seriously. —Howard Hodgkin

Gagosian Rome is to present an exhibition of recent paintings by Howard Hodgkin.
This is his first exhibition in Rome since he presented “Seven Small Paintings” at the British School in 1992.

In exploring the very nature of painting both as cultured language and sheer expression, Hodgkin disregards the classical polarities of abstraction and representation, past and present, canvas and frame. Assertive compressed gestures, sweeping complex textures, a lush palette, and the dynamic interchange of light and dark are all traits of his distinctive signature. With their maximalist gestures and saturated colors, his more intimately scaled paintings appear jewel-like, while larger works are opulent and theatrical. With incorporated frames and painted wooden supports, they operate as both objects and images.

Embracing spontaneity and directness in equal measure to the processes of reflection and capitulation, it may take a year for Hodgkin to prepare to execute a single brushstroke. The seemingly casual, urgent quality of his paintings belies the fact that most of them have been worked on for two or three years. More than ever they convey the relationship between hand, eye, and memory that drives their process, visual structure, and emotional temperature.

In each painting, Hodgkin’s subject is a presence that is sensed rather than apprehended, remaining resistant to interpretation, allusive and fragmentary. Vibrant traces of experience inspired by everyday memories, places, and encounters are called by name in titles such as the sultry Red Sky at Night (2001–11) and its breezy inverse Seaside (2011–12); the edible tones of Toffee (2012); the dazzling chromatic contrast of Red Flowers (2011–12), and the ominous sweep of Dark Cloud (2009–11). By intimating the world beyond the confines of the frame, he creates works that are at once composed, autonomous wholes and synecdoches of the greater aesthetic reality that lies beyond their limits.

About The Artist
Howard Hodgkin was born in London in 1932, where he lives and works. He attended Camberwell School of Art and the Bath Academy of Art, Corsham. Major museum exhibitions include “Paintings 1975–1995,” Modern Art Museum of Fort Worth, Texas (opened 1995 at the Metropolitan Museum of Art, New York, traveled to the Modern Art Museum of Fort Worth, Kunstverein Düsseldorf, and Hayward Gallery, London in 1996); Irish Museum of Modern Art, Dublin, (2006, traveled to Tate Britain and Museo Nacional Centro de Arte Reina Sofia, Madrid); “Paintings: 1992–2007,” Yale Center for British Art, New Haven (2007, traveled to the Fitzwilliam Museum, Cambridge);“Time and Place, 2001–2010,”( Museum of Modern Art Oxford (2010, traveled to De Pont Museum of Contemporary Art, Tilburg, The Netherlands, and San Diego Museum of Art, 2010–11.)