New York’s now-closed Knoedler Gallery is being sued by a family trust for allegedly selling them a forged painting by Mark Rothko for $5.5 million. The gallery has faced similar lawsuits in the past, and is accused of withholding information that may have discouraged the sale.
More Details : Bloomberg 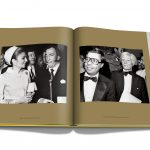 Iran Modern: The Empress of Art

During her reign as the first crowned Empress in Iranian history, Empress Farah Pahlavi amassed one of the world’s greatest collections of modern art for her country, including works by van Gogh, Picasso, Bacon, Rothko and de Kooning. 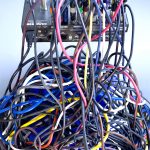 #*#** Music and Performance for the Summer: LIMINALITY [CACOPHONY]

I’m a bit of a Jackson pollock in bed, and I think that carries over into my artwork. I draw my lines jarring and with added pressure at the end, and I fuck like that as well.