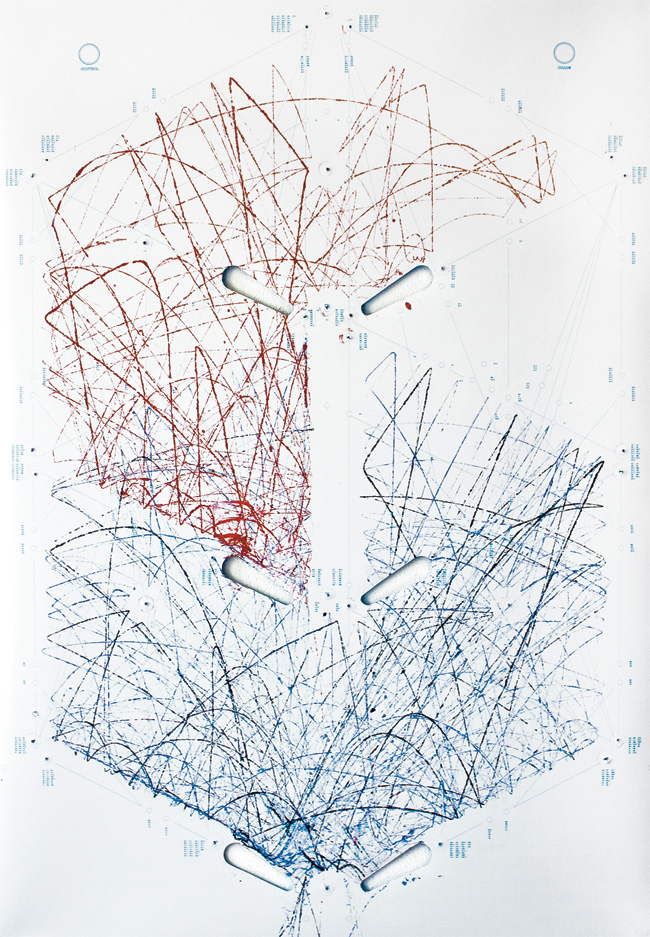 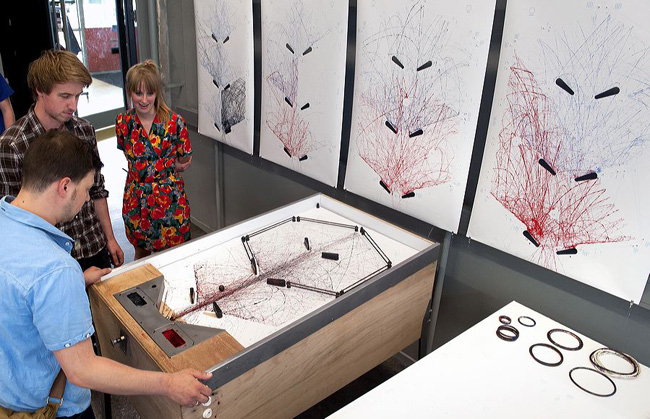 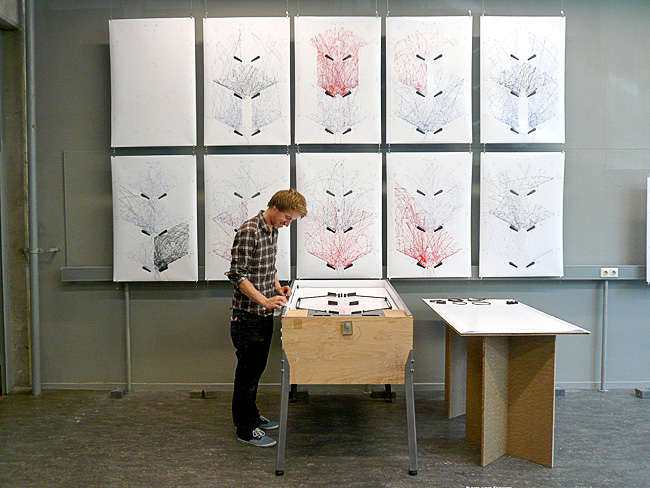 Artist Sam van Doorn created the STYN, which is a pinball machine modified to become an unpredictable design tool. A large grid sheet is placed under the flippers and the balls are covered in ink used for lithography printing. As the user continues playing, the balls leave behind a random path to create a unique,random artwork.Via:[PSFK]

Doorn explained the concept behind his idea:

I realized the printer did exactly what I told it to. What would roll out of the printer would be predictable; every program and machine has it’s own aesthetic, which is easily forgotten when working as a graphic designer. Everything was too predictable, I wanted to be surprised.