These artist are my favourites from this Other Art Fair I’ve not included any artist I’ve noticed before at previous Other Art Fairs as I wanted to showcase some new one’s.
First up is:

Catherine Savigny Stand 69 who is from Paris and has been an artist for many years she is showing some lovely sculptures quite small but they deserve to be done large for a large sculpture park or private residence.

from shadow to light, from curve to straight line, my work explores a world of contrast and duality …sensuality and luminosity are the key words 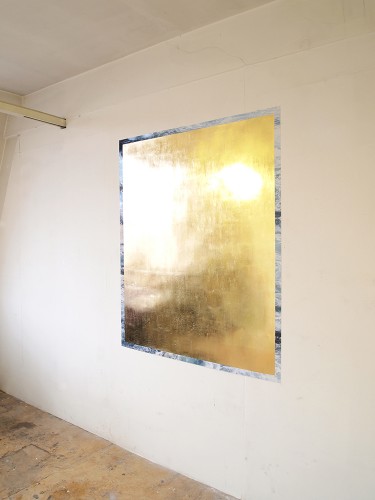 This looks so much better in real life I promise

Then onto Gold always believing … actually James Thurgood Stand 37 – who has some gold sheet pieces that I really like hopefully he will win the up & coming Beers Lambert Gold competition !

My interest in making art is in making work that explores our relationship with art itself.
My practice is primarily concerned with the image: I’m interested in making images that explore the building blocks of imagery and that allow us to question our relationship with imagery; how we analyse and understand it. I am particularly interested in exploring the notion of ‘beauty’ within images.
I am interested in exploring the relationship between the subjective and the objective; how a personal judgement on art/imagery can be influenced by the objective cultural rhetoric.
Above all, although in direct partnership with the aforementioned interests – I strive to make work that deals with the explicitly human tendency to attribute meaning to images and objects in order to make sense of them. 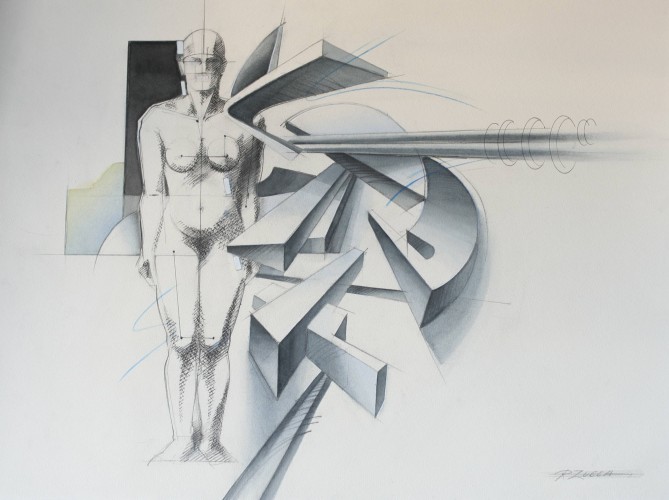 Roger Zucca Stand 8
I’m a sucka for a bit of futurism and Roger’s work has a bit of the futurist about it lots of movement and energy.

Drawing enables me to communicate from a flat surface, the illusion of three dimensions with the emphasis on the dynamics of form and space. I mainly use man-made objects as a source for ideas, either through observation or invention. My recent work is to continue in this direction, but with the addition of the human image as an intrinsic part of the foreground/background.
www.theotherartfair.com/projects/roger-zucca/ 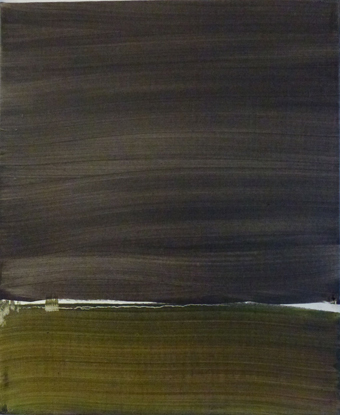 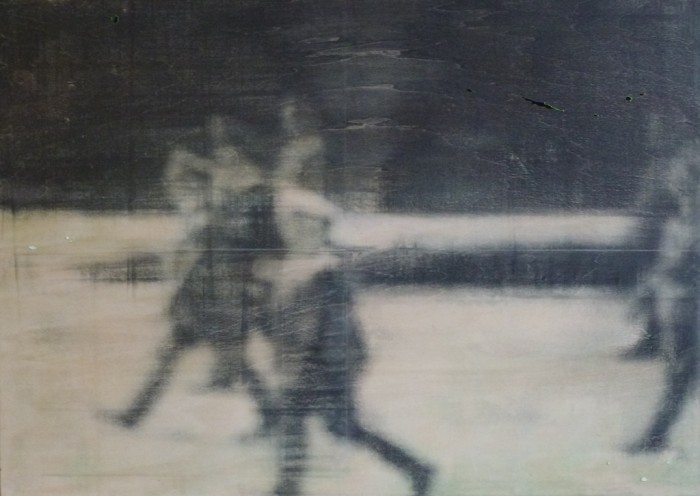 Ernesto Canovas
Next up we have two for the price of one a Spanish and Polish couple exhibiting together Ernesto Canovas and Gracjana Rejmer-Canovas . Stand 35 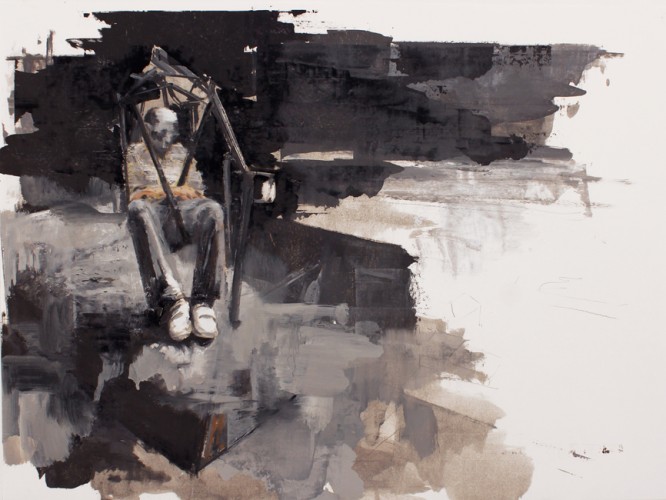 Finally but not least we have Julien Spianti Stand 48 just a very good painter.
Julien Spianti, born in 1982 in Chartres, France, went to Paris to study philosophy. In 2004, he obtained a master’s degree in aesthetic philosophy at La Sorbonne, but reading Rilke convinced him to dedicate himself exclusively to art and creation and to give up his academic studies. Then, he directed several experimental videos, wrote short stories and started to set up his first personal exhibitions of drawings inspired by Leibniz’s metaphysical theories. His work, which convenes several mediums, is deeply inspired by his litterary and philosophic culture : to represent contemporary historic events and figures, he uses mythological places and biblical characters. He showed his work in international fairs as the contemporary drawing art fair “Art on Paper” in Brussels and in galleries in France (Marie Vitoux in Paris, Gilbert Riou in Lyon), in Switzerland (Galerie C.), and in Italy. The international art review AZART published an important article about his work in 2011.