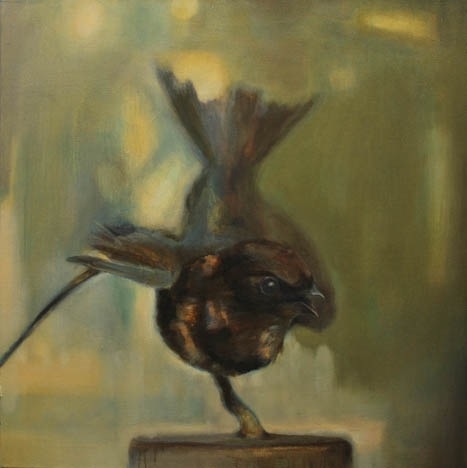 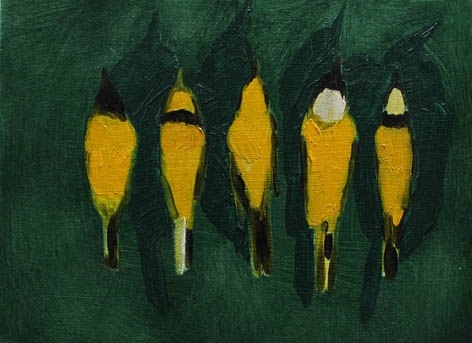 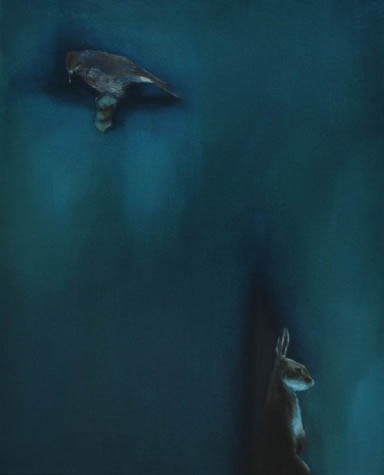 The Other Art Fair is coming up in a few weeks time and at FAD we thought we would give you an insight/snap shot at some of the great artists who will be showing from the 22nd November this year.

First up is Jennifer Hooper :

2 What will you be exhibiting ?
I will be exhibiting a selection of recent paintings, about 5, oil on board and canvas. Also some watercolours and drawings in a browser.

3 Did you study fine art ? And if you did where did you study ?
I studied Fine Art at Camberwell college of art and graduated in 2004.

4 Which artists have influenced your work ?
Many. Both photographers and painters, have influenced me, namely; Gerhard Richter, Michael Borremans, Wolfgang Tilmans, Henri Rousseau, Francis Bacon, Velazques.

5. Can you tell us more about your work and what are the main ideas you would like to express?
Recent paintings aim to create an atmosphere of stillness and a space where time is cancelled. Traces are offered where a narrative can be constructed. The subject matter is traditionally romantic, animals and landscapes, but is juxtaposed with a sense of dissonance. The Scenes I paint are often inhabited by creatures but are painted in a way to allow an effect of distance and detachment to disrupt that recognition of the familiar. The work challenges taboo around sentimentality of the subject matter and comments upon our relationship to the natural world and place within it. I am also interested in memory and its duplicity. I mainly choose to use the collected animal; drawn from memory and live and dead animal display as it resonates with a stillness and melancholy. It is interesting how history seeks to preserve and venerate the memory of certain beings and things; aside from the chosen few objects and people, death in our contemporary culture is often coveted and abhorred. I explore this and highlight the beauty within death as well as life.

6. How do you start the process of making work?
The process for me usually starts with a collection of images that I have become interested in, I work from my own photographs a lot, from trips, visits and some which I stage or set-up; I have thousands for reference. It is an intuitive process but If I have become obsessed with an image I will spend hours and hours working out what is interesting about it and how to translate that into paint. Sometimes I will begin with a concept or a narrative and then I will search out the right images to convey or tell that story.

7. What do you hope to achieve from exhibiting at TOAF?
I hope to make connections with people, to meet other artists and to get feedback from buyers and gallerists. I want to sell some work to pay for the stand!

8. What plans do you have after TOAF ?
I will be back in the studio until end of December then I am going on a research trip to India. Recently my work has had a direction in conservation and I want that to continue.