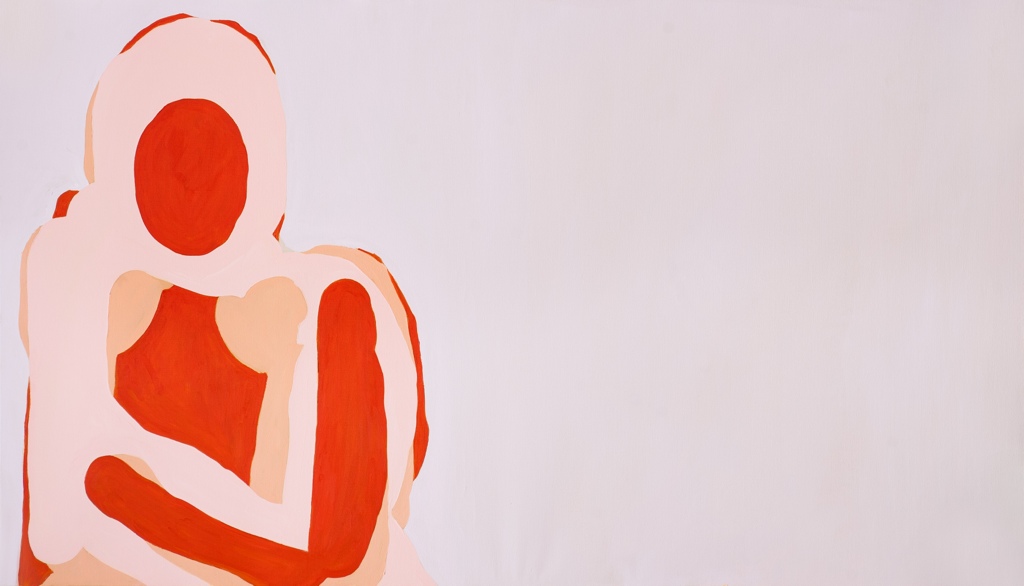 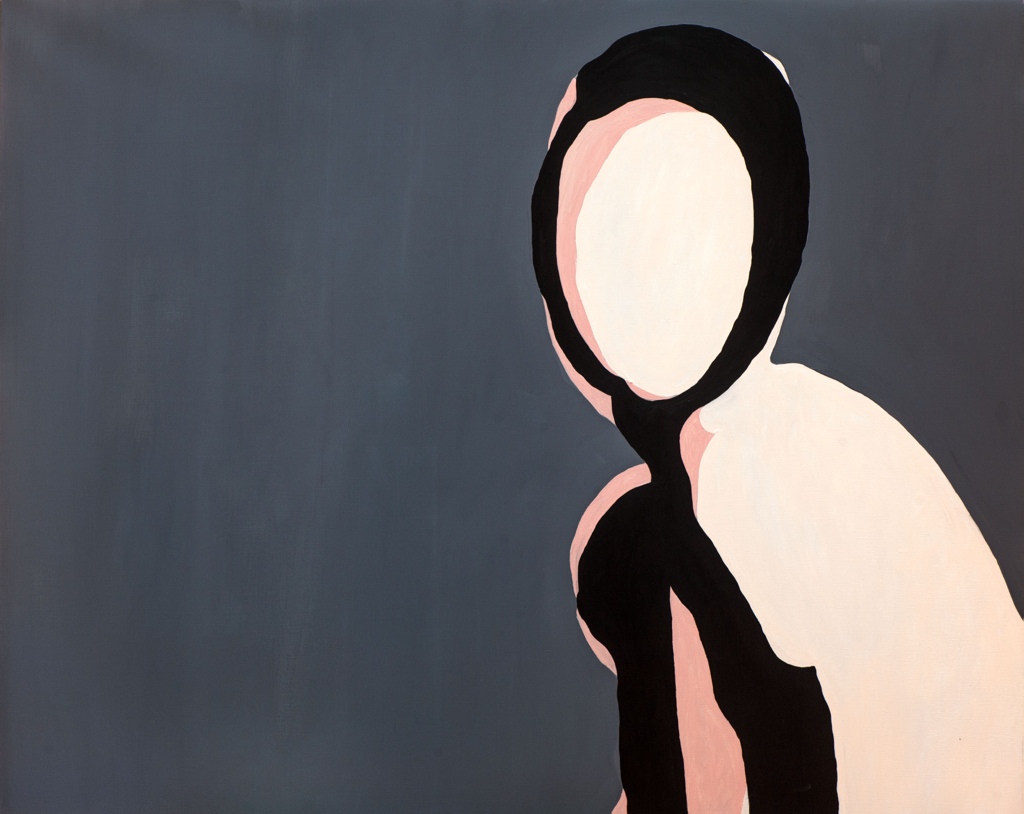 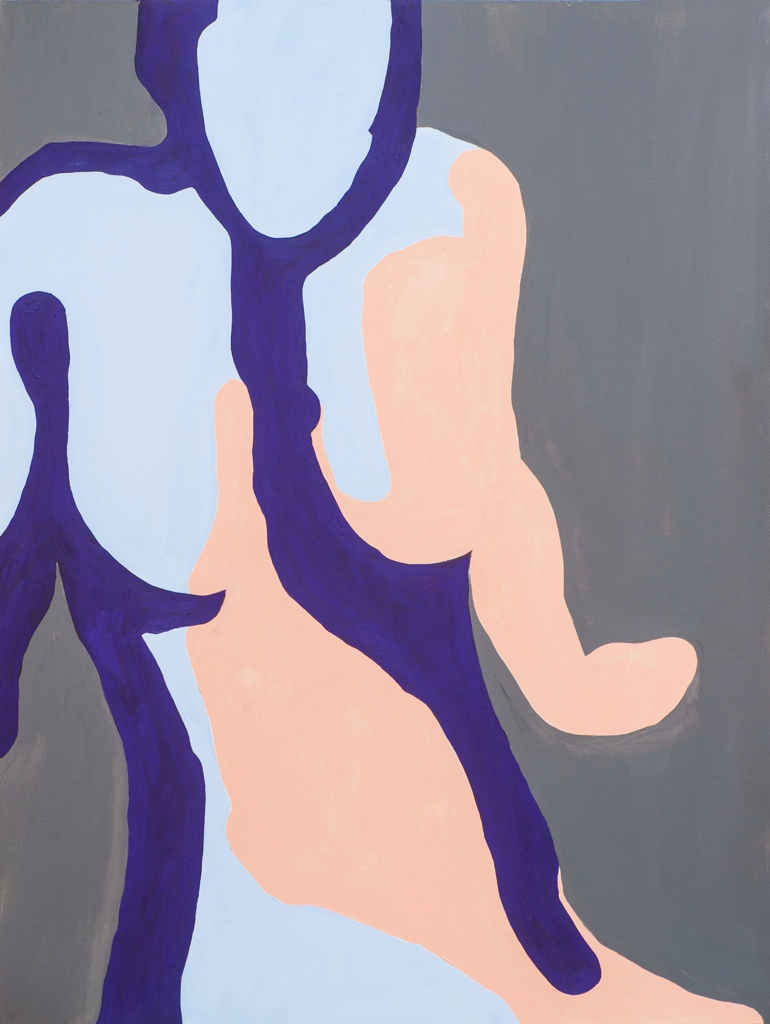 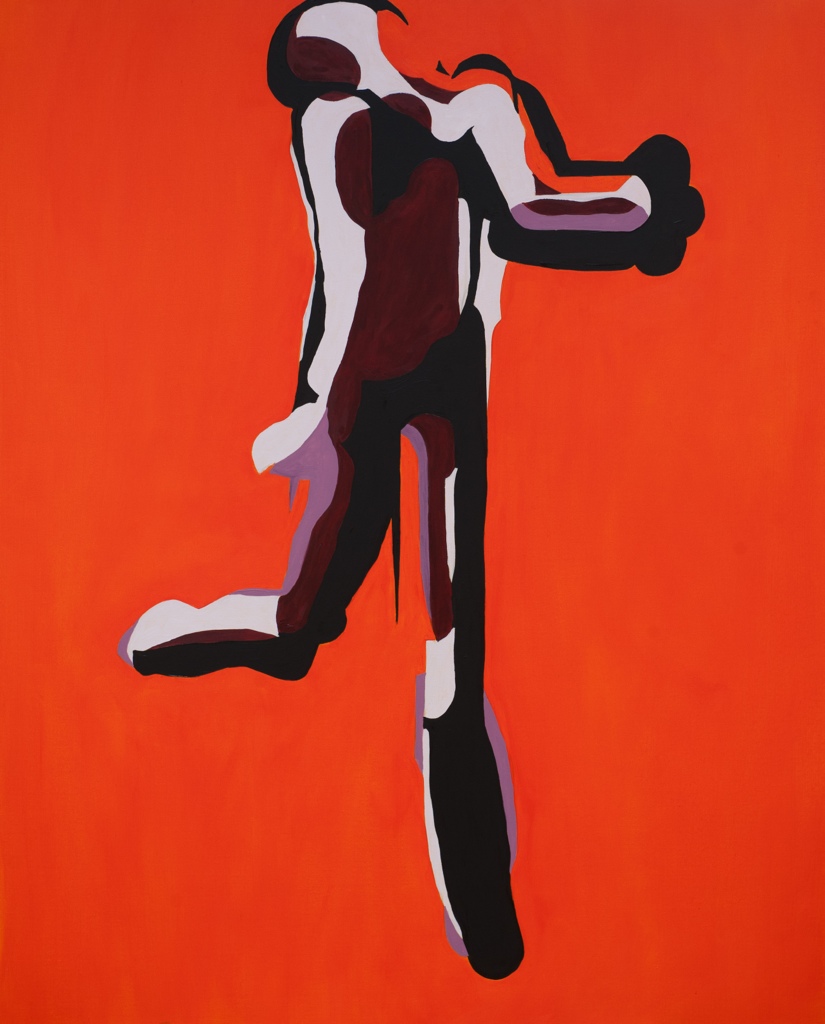 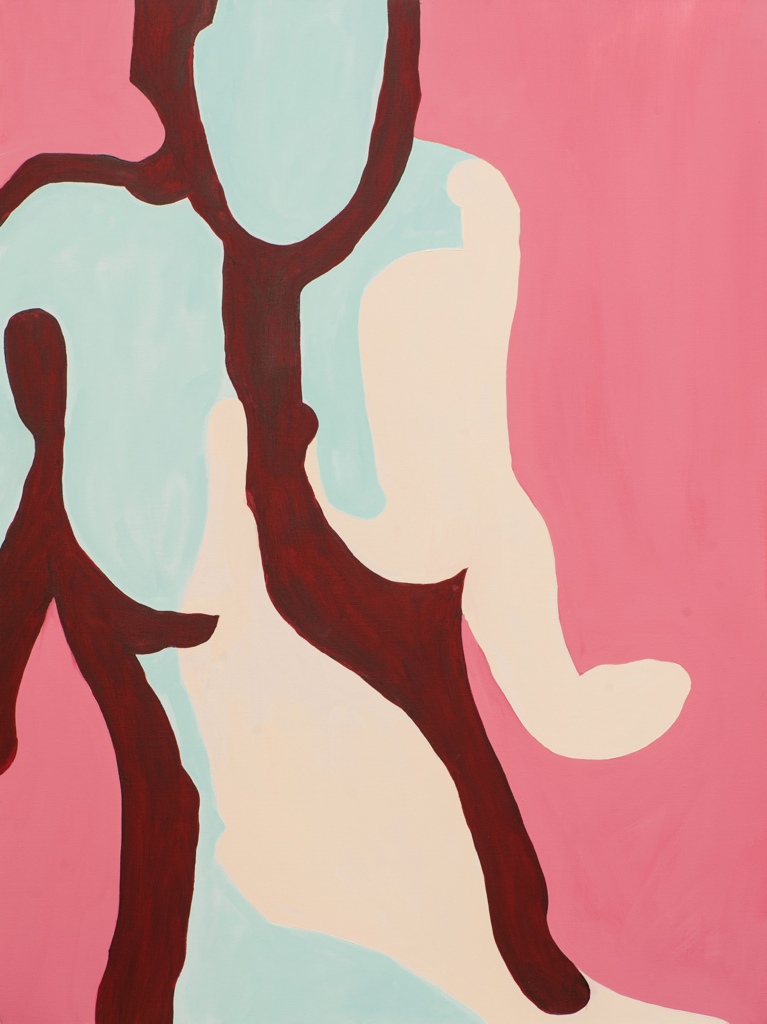 26th October – 24th November 2012
Scream are to present the fourth solo exhibition at the gallery by British artist Bruce French. In this new body of work French’s painting has evolved and is imbued with a sense of emotional tension and ambiguity. French’s compositions have a static, enveloping quality that is contrasted with the fluid lines of the figures and their physicality. By stripping away distinguishing features, Bruce creates elemental, linear images that have a universal resonance and emotive appeal. Drawn from life, French’s observations manifest into faceless, figurative forms, emotionally charged, androgynous and anonymous. The graphic aesthetic is reminiscent of Gary Hume’s minimalist works from the 1990s.

French’s paintings are a pictorial record of the human condition. French states, “The images are not necessarily about a particular person but are about enabling an emotive empathy – an instinctive humanistic understanding.”

French explores the human form as a vehicle for expression, and the deft strokes of paint are applied with fluidity and emphasis. This focus on the figurative was inspired by his passion for dance and French has been successfully collaborating and designing sets for ballet and contemporary dance for many years globally, and his recent commissions include work with The Royal Ballet and Ballet Basel Switzerland.

French’s compositions are initially crafted through computer software, starting with sketches on an Ipad. This technology enables French to experiment with line, form and colour, before translating the image to the more traditional medium of oil on canvas. Each image is drawn from life and inspired by the people and events he observes – a collection of visual diaries that form the basis of his oeuvre. The images do not necessarily represent a specific individual, but act as a collection of characters and emotional encounters. The figures inhabit monochrome backgrounds that are simultaneously seductive and enigmatic. Although Bruce’s paintings are essentially figurative, they possess a bold, linear aesthetic that evokes mood and movement with concision.