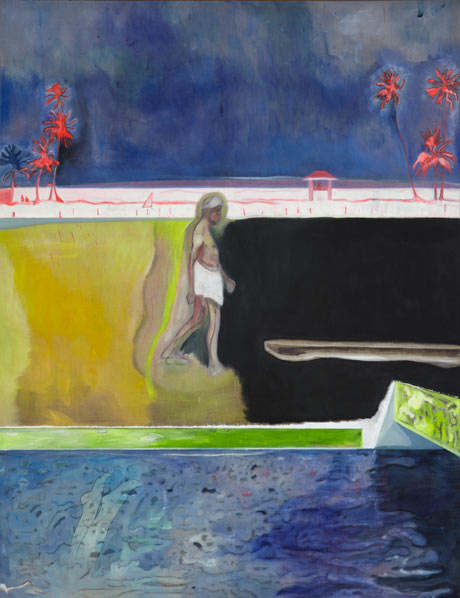 Peter Doig is recognized as one of the most inventive artists painting today. Few artists of his generation have done as much to explore the evocative possibilities of paint and its capacity for depth and meaning. Doig’s unlikely palette and varied approach to the material of paint mediate literal sources into scenes evocative of dreams or recollections.
At times melancholic or contemplative, Doig’s paintings transport viewers outside the realm of normal daily experience. His exhibition at Michael Werner Gallery, London, features a new group of paintings. This body of work shows the artist continuing to expand the possibilities of his medium, at times returning to sources and motifs he has explored in recent years.

Peter Doig is on view through 22 December at Michael Werner Gallery, 22 Upper Brook Street in Mayfair.