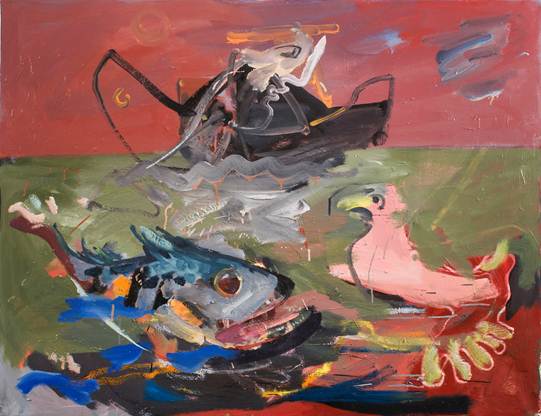 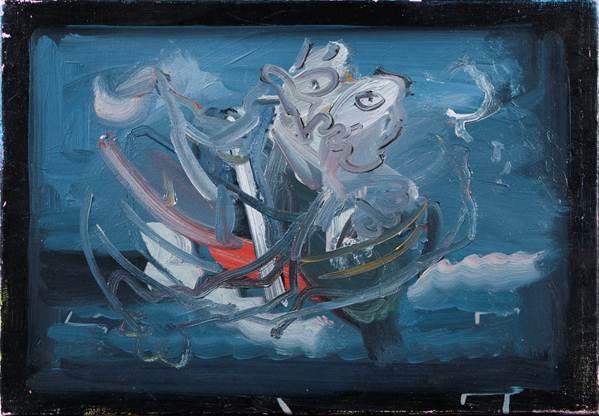 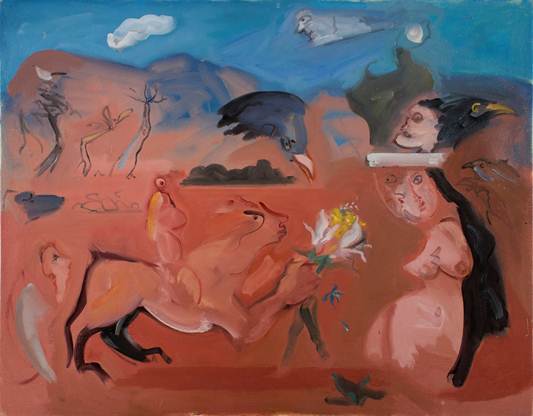 Following the success of its debut show Then and Now in June 2012, The Piper Gallery is to present Voyages, an exhibition of work by Francis West. Born in 1936, West spent his childhood in a remote community on the Moray Firth in Scotland often working with his father’s fishing boats.

Some of his earliest visual memories are of tempestuous Scottish seascapes and the exhibition is formed around a series of voyages, centring on the sea cave in West’s Tempestas (1987/2012) where a turbulent wind swells the waves that carry the viewer out to a waiting ship. This belongs to West’s Palimpsests, a pivotal series of large-scale paintings dating from the early 1990s in which he deconstructed several of his earlier acclaimed expressionist pieces through frenzied over-working that sought to disrupt a sense of formal coherence. These came to represent West’s search for new, creative challenges.

Each voyage reflects the artist’s experience of real locations although West frequently employs metaphors of voyaging to explore his practice as an artist. He has described his lifelong commitment to painting and drawing as a challenging and risky quest. Although grounded in reality, West’s concepts remain tantalisingly elusive, blurring the boundaries of myth, dream, memory and experience bringing together the flotsam and jetsam of symbolic forms with fragments from poetry and historic painting. West comments on the emergence of figurative beings in this exchange, saying ‘sometimes I am surprised that these acts of deconstruction will pause around a formation which is reminiscent of a specific memory’. His often hybrid human-animal personae, reminiscent of Goya and Bacon, are suspended in a state of transition as West submits them to a process of mutation and erasure where they concurrently materialise and dissolve from the viewer’s vision.

This exhibition offers the viewer the opportunity to explore West’s voyages through several different series of work – some, as above, provide the adrenalin of fishing on a rough sea while others, of his recent Méditerranée series, with their limpid washes of pastel blues and aquamarine, afford the calm of sun-drenched beaches. These works intoxicate viewers, transporting them to the South of France with the reveries of Pierre Bonnard and the poetic pulses of André Gide. West also invokes a female entourage of enchantresses including characters reminiscent of Venus Rising, goddesses, sirens and Picasso’s Bathers.
Other works ensue from trips to the Mojave Desert or, like the Nocturnes, emerge from imagined dreamscapes in West’s Paris studio. Nocturnes are some of his most radical works, representing an internal voyage to the uncharted recesses of the subconscious. They depict an imaginary realm of unexplored forests and caverns which establish fertile womb- like habitats of grotesque flora and fauna.

Gallery Founder and Director Megan Piper says ‘This, our first solo show, gives us the opportunity to explore voyages, a theme pertinent to the ethos of the gallery. It’s exciting to be able to present a lesser-known artist whose recent work is energetic and fresh and whose maturity and experience means that he is able to explore the theme in a way a young artist would never be able to.’

Francis West
Francis West was born in 1936 in a remote fishing community in Scotland, where he spent his formative years. After National Service, he moved to London to study at the Chelsea School of Art (1957-1959). West mounted his first solo show in 1973, at the Hamet Gallery on Cork Street and, in 1981, his work was included in the Arts Council’s Hayward Annual. West based himself in Paris during the 1990s and made two working trips to America, which marked the beginning of the ‘bandit series’.

Basic to all of West’s work, whether in drawing, pastel or painting, are figurative forms which have been plunged into states of metamorphosis. Beings, once originating in myth, literature or life experience, flow into and out of marks on canvas and paper. They refuse to settle or fix themselves into received representations or familiar dramatic scenarios.

The Piper Gallery
The Piper Gallery is dedicated to showcasing the work of contemporary artists whose careers have spanned forty years or more. The gallery aims to present these artists to a new generation and to demonstrate both the strength of their lifelong commitment to their practice and the continuing dynamism of their recent production.

Megan Piper, 27, the gallery’s Founder and Director is keen to develop a unique platform for these longstanding, established artists. The gallery is supported by Andrew Morris, a leading figure in the media and events industry for over 20 years. During this time he has launched the Business Design Centre in Islington and been CEO of the NEC in Birmingham whilst holding a varied portfolio of other business interests.