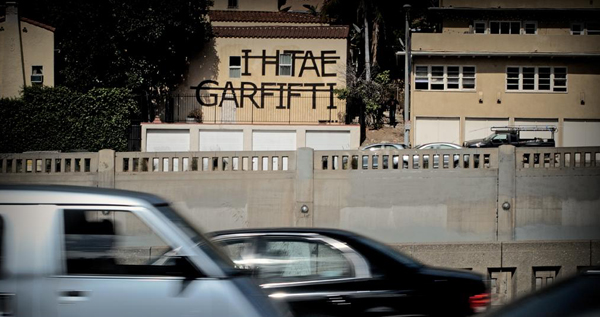 What you see is NEVER what you get with French artist Rero. His distinctive visual style transcends the material on which his ironic, comical, and at times cynical messages are placed. From canvas and plaster to leather-bound books and dilapidated buildings, Rero stretches the boundaries of his artistic mediums, placing him at the forefront of the conceptual urban experience. 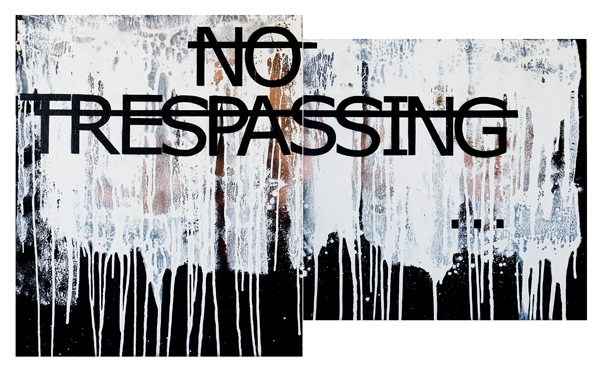 RERO’s works on canvas emulate the abandoned walls where he often intervenes, where there is no distinctive brushstroke or human trace; instead they are marked by time and texture. Similarly, he encases vintage leather bound books in resin, his way of making them “fossils” of the 21st century.

For IMAGE NOT AVAILABLE, Rero explores the connection between the technological and the tangible. His messages and the ever-present “strikethrough” suggest an inherent negation, making his statements both complex and contradictory.

RERO was born in 1983 and studied graphic design at London College of Communication. He has shown his work in numerous exhibitions and art fairs across Europe. He lives and works in Paris.
Please join the artist as he opens his first solo exhibition in the United States.