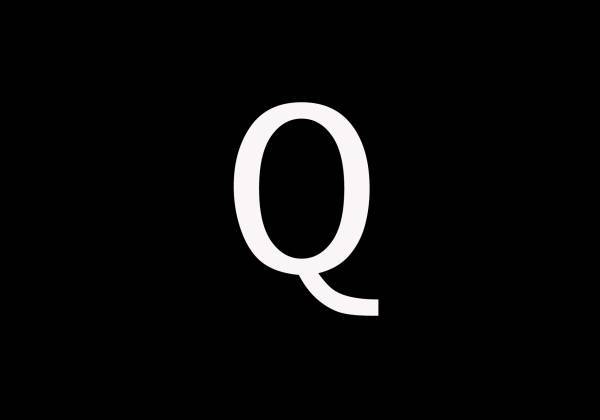 Andy Holden and David Raymond Conroy have adapted for the stage a selection of pieces from Wallace’s collection of short stories; a book that though a series of unspoken questions, examines the possibility of complete sincerity and truth within a modern relationship. A cast of four actors along with projections, live music, stage flats and props will be involved in the presentation of four interviews and one short story extracted from this remarkable book. The text will be examined through a variety of staging techniques, such as the use of ear-pieces and auto-cues, as well as with more traditional dramatic monologues, all punctuated by the unspoken questions of the audience in the form of a projected letter Q.

The writing of David Foster Wallace (1962 – 2008), whose works include Infinite Jest, Consider the Lobster, and A Supposedly Fun Thing I’ll Never Do Again has been hugely influential on a generation of artists. This adaptation aims, in part, to examine why many of the questions about self-consciousness, justification, and sincerity that lie at the heart of this book resonate so deeply within the context of art production.

“Brief Interviews with Hideous Men is a book which on first reading, we found to be simultaneously inspirational and crushing. In his book, perhaps a collection of short stories or possibly a kind of high postmodern novel, Wallace had produced, at least for us, an almost perfect work. It is not flawless but maybe that helps. It speaks about judgment and value, about seduction and disappointment, about comedy, and obsession and pathos. It seems to be able to propose incredibly difficult unsolvable questions in the most straightforward way, and it does this by being written in this amazingly rigorous reflexive prose. It breaks your heart whilst telling you it is doing it; whilst telling you how it is done. But what do you do when you love something? You share it, you hold it up, you take it apart to see why it makes you love it so. You give yourself to it because it gave itself to you.”

With kind permission from the David Foster Wallace Literary Trust.