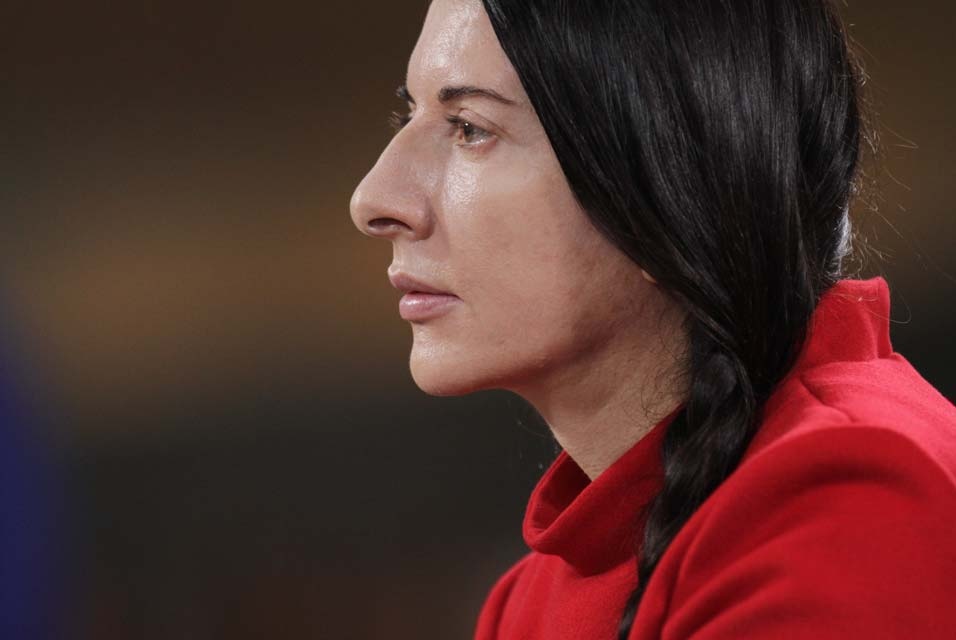 The film follows the artist as she prepares for her landmark retrospective at the Museum of Modern Art in New York.

For nearly four decades Marina Abramovi? has been challenging, confronting and shocking the art world with her fearless and completely unique performance art. Now for the first time a feature-length documentary Marina Abramovi? The Artist is Present will follow the artist as she prepares for her landmark retrospective at the Museum of Modern Art (MoMA) in New York.

Available on DVD and digital download on 3 September 2012 courtesy of Dogwoof, Marina Abramovi? The Artist is Present is a rare insight to the artist preparing for arguably the most important moment of her life. The DVD release will include amazing clips of previously unreleased footage including MOMA audience reactions; interviews with the MOMA curator and Marina’s Biographer; as well the recent insightful BFI interview with director Matthew Akers.

The retrospective exhibit occupied several floors of MoMA, most of them dedicated to earlier chapters in Abramovi?’s career, with images and videos of installations, many involving fellow performance artist Ulay. The exhibit also features 41 young artists enlisted and trained by Abramovi? to “re-perform” some of her early installations. For example, in “Imponderabilia,” two artists stand face-to-face, completely naked on opposite sides of a doorway that the public can only squeeze through by brushing against the couple’s naked flesh—a piece originally performed by Abramovi? and Ulay. The main focus of the retrospective, however, is the new exhibit, in which Abramovi? herself sits in a chair under bright spotlights opposite an empty chair in which members of the public are invited to sit for as long as they want, gazing into Abramovi?’s eyes. A seemingly endless parade of people lines up for the opportunity, many of them returning to repeat the experience, sitting multiple times on different days. Some sit for as long as ten hours.

The experience is astounding as a social leveler, drawing people of all ages, races and walks of life. As the exhibit nears its end, the lines grow longer and the numbers of would-be participants swell. To guarantee time with Abramovi?, some camp outside MoMA to get a number, rushing to the exhibit as soon as the museum doors open. As a result of the “direct energy dialogue” between Abramovi? and the public, an emotional breakthrough occurs, Abramovi? says. And so it seems to, with numerous sitters shedding tears or beaming transcendent smiles. In all, an estimated 750,000 people see the show. For Abramovi?, the piece is the longest-duration solo work of her career, and by far the most physically and emotionally demanding she has ever attempted. When she conceived it, she says, she knew instantly that it was the right piece, because the mere thought of it “made me nauseous.” Says MoMA curator Klaus Biesenbach, “When she had this idea, I thought, ‘God, she’s going to kill herself.’”

But despite the palpable pain and exhaustion that set in as the weeks turn to months, she never even considers giving up, he says. Perhaps the film’s most moving scene occurs when Ulay occupies the seat opposite Marina. The two artists shared an emotionally intense and colorful history spanning over 12 years, living in a van in Europe and performing together, before their relationship ended in suitably dramatic fashion: each walked from opposite ends of the Great Wall of China, met in the middle after covering over 1,500 miles each, then said good-bye. Sitting opposite each other in the MoMA exhibit, neither can hold back the tears. Eventually, to cheers from the crowd of spectators, they reach across to hold each other — something none of the other sitters is permitted to do. It’s a beautiful and deeply moving moment. From the story of their relationship and their intensely charged reconnection in the runup to the MoMA retrospective, a parallel Marina emerges — a flesh-and-blood foil to the art-world icon — a woman who is driven by passion, desperate for admiration, and maddeningly riven by contradictions. 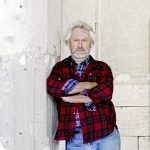