PREVIEW: The Materiality of Painting at F.A.S Contemporary - FAD Magazine
Skip to content 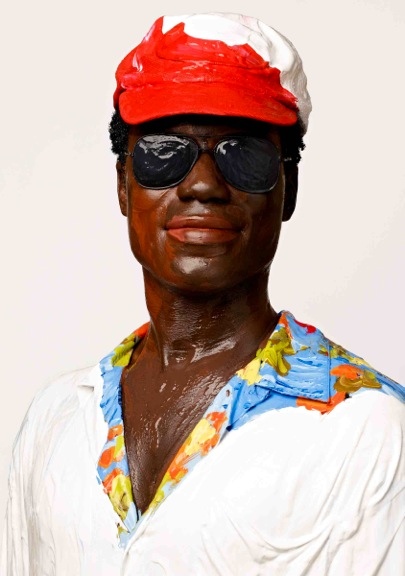 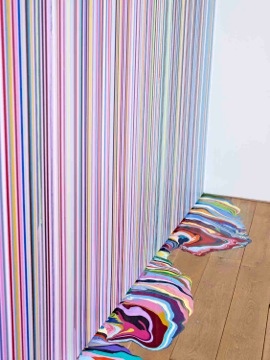 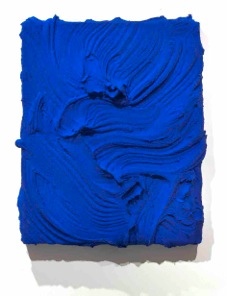 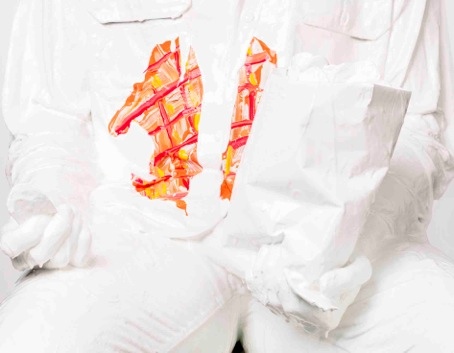 The first exhibition of the autumn season is a critically engaged survey show that takes as its subject the materiality of paint and its transformative potential. The diverse selection of work centres on the way the artists each explore the traditional limits of the physical properties of paint; pushing the boundaries between the medium, the surface and the mode of application.

Ian Davenport will be creating a site-specific installation work for the exhibition, employing the existing fabric of the building and its architectural nuances as the very backbone and genesis for his wall painting. Davenport allows gravity to play a central role in dictating the nature of his works. Each individual vertical coloured stripe begins with a calculated action by the artist, which is then diverted by the abrupt ending of the wall surface, creating irregular pools of swirled paint. By diverting his paintings from the canvas to the wall and floor, Davenport widens the spectrum and draws attention to the core material aspect of the painting process.

Jason Martin places the physical qualities of paint at the centre of his practice. Hovering somewhere between minimalism and abstract expressionism, his work stands apart as an evocative homage to the power of paint. His canvasses are often more akin to sculptures as he endeavours to blur the line between two and three dimensions whilst always highlighting the expressive power as paint as a physical substance. The exhibition will feature a pure paint pigment work in an intense, jewel-like tone alongside a new departure into metal casting, further monumentalising the mysterious and seductive nature of his sculptural surfaces.

In their continued preoccupation with colour, light and form, the artistic duo Rob and Nick Carter have created a new departure in their practice in the form of Unconscious Paintings. Shown for the first time, the experimental series is a development of the surrealist notion of unconscious painting. Small bottles of paint lean precariously over the edges of a clean canvas. The paint does not unleash its potential until after the piece is sent via Royal Mail, encased in a Perspex box and hidden in a shipping crate. Each work is formed of one colour and is sent with impossible instructions to an international museum with the objective being that it is returned to sender. Exposed to random, incalculable activity, the concept subverts the traditional relationship between artist and artwork, the artwork and museum and the limits between paint, canvas and sculpture.

Boo Ritson drastically alters the boundaries between paint and surface by literally painting people. Employing the human body as a canvas she applies a pop art colour palette of thick emulsion paint on her sitters’ hair, clothes and skin. Submerged in paint, the sitter’s character is suppressed by one Ritson was created for them, usually an American typecast such as a trucker or air hostess. Despite the dramatic and transformative results, the process allows for less than half an hour of painting before it starts to dry and must be rinsed off. As such, the work navigates the boundaries of various mediums: part painting; part performance; part sculpture and existing only as a photographic record.

Matthew Radford removes the effects of gravity in his painting process by working with his canvas flat upon the floor and employing improvised walkways across the surface of the larger pieces. He is known for painting crowd scenes, with each figure marked out in white but later abstracted by dragging pools of coloured paint across the surface. By raking the paint in this manner Radford creates a no man’s land between figuration and abstraction, playing the pools of wet looking paint off against the perspective of the evocative crowd scene. There is a duality at the core of his painting practice between intent and spontaneous accident and between isolation and collective experience.

Taking the physical properties of paint to the extreme, Piers Secunda has developed complex systems to make paint behave as a sculptural material. The artist transcends the confines between paint and canvas, ultimately rejecting the traditional constraints of the canvas support without relinquishing the primary material. Casting with paint is the corner stone of his practice, but is not the only subject. He employs his visual language in a myriad of ways to draw attention to geo-political issues, as seen in his Taliban bullet series, and cross cultural fertilization demonstrated in his immaculate puzzle ball work.

Melanie Comber relishes in the physical aspect of creating thick impasto surfaces, creating a battery of marks and gestures by using pottery tools and other improvised molding devices. Every surface is testament to a layering process that sees bright oils buried deep beneath darker, monochromatic tones. The colours are largely concealed, but partial glimpses are revealed in areas where there is particularly disruptive dragging. The final act is a heavy dusting of raw paint pigment, sometimes metallic to create an evocative play of light on the surface. Comber is inspired by mapmaking and creates visual icons of memories. Her attention to surface allows her to create a visual representation of an area, which exists in three dimensions but becomes a symbolic and metaphorical depiction in two dimensions. 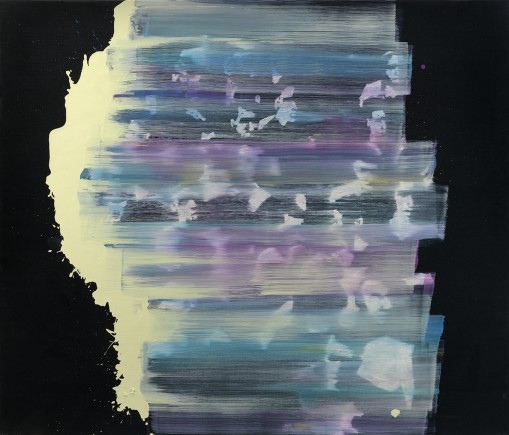 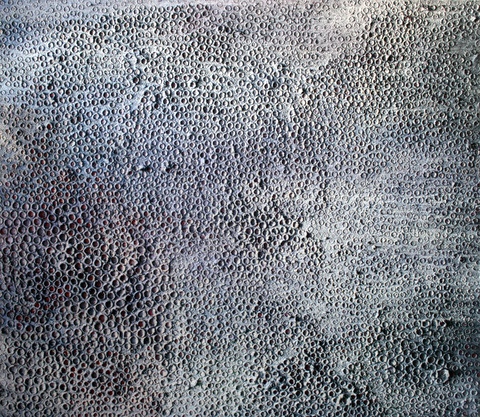 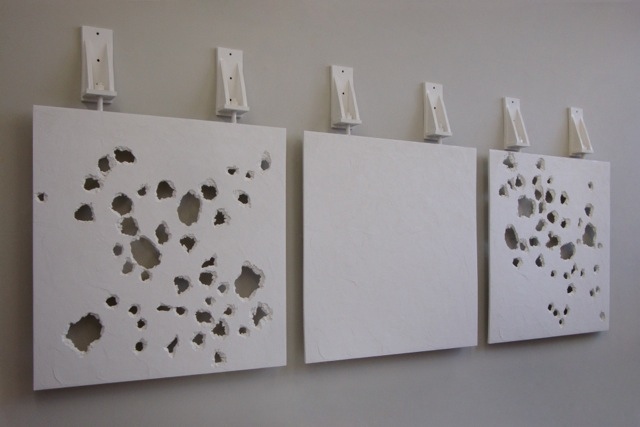 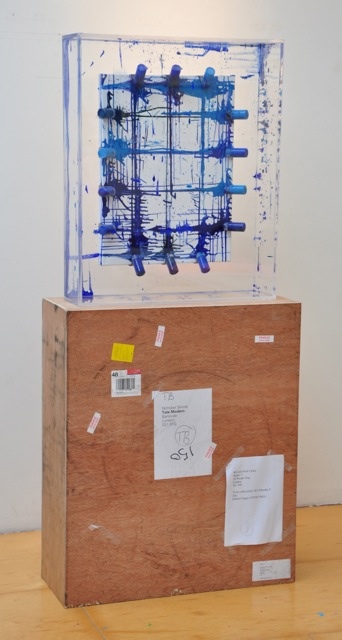 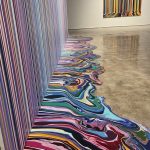 Ian Davenport and the inspiration of Rome

Between looking back at photographs of Ian Davenport’s latest series of bright and colourful paintings and being immersed in his positive and upbeat mentality—I have to say writing this article has put me in the best mood.