PREVIEW: Ella Finer: Where We Meet, Volumes 1 and 2 at GALERIE8. - FAD Magazine
Skip to content 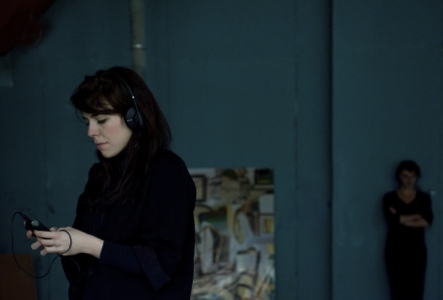 ‘An echo, for example, cannot occur without a distance between surfaces for the sounds to bounce from. But the resonation is not on the walls. It is in the emptiness between them. It fills the emptiness with its complex patterning. That patterning is not a distance from itself. It is immediately its own event.’

Mimicking the motion of sound as unfixed and unbound to any one location, whose nature it is to move through space, Ella Finer wandered the Arthaus building as an ‘Itinerant Resident’, taking up new spaces during 12 weeks, so as to map the movement and practice of the voice at each point. Using her own and others’ methods of composition with sound and voice, each week was recorded and consequently worked into a distinct sonic document of the space and time in which it was made. Where We Meet, Volumes 1 and 2 is the resulting exhibition of this record making, in which 12 speaker-boxes play back the 12 compositions into the expanded space and spaces of GALERIE8.

While the compositions take multiple forms – from the sung to the conversational; from the scripted to the incidental – they are all attempts to attune to the building’s own resonances and frequencies. This method of resonating, of listening to the space in order to return sound back to it, runs through all the compositions whether working solo or with the guests in the project, who are Finn Andrews, James Bulley and Daniel Jones, Marcia Farquhar, Pete Fraser, Maggie Pittard, PA Skantze, and The International Western.

“Is this where we meet?” asked guest artist Marcia Farquhar on encountering Finer as they walked up and down the emergency stairwell of the Arthaus building. Taking its name from this question, Where We Meet is an open-ended answer to wondering about where bodies find or experience each other; how sound aides or confuses communication; and where the artwork or the sound-work meets the body of the viewer and auditor in time and space. That the sound compositions cannot be contained within the notional boundary lines of the gallery’s ground floor offers another significant point of meeting: along the blurry territory where the gallery meets the other socially composed spaces of the building.

Where We Meet is presented in three volumes or contrasting configurations and placements of the speaker-boxes in the Arthaus building and beyond. Volume 1 presents the 12 compositions together in the gallery space, while Volume 2 returns the compositions to the places in which they were made. On two occasions during the first month of the exhibition the compositions will be exhibited as Volume 2, where visitors will be invited on a listening tour of the sound works throughout the building.

ABOUT THE ARTIST
Ella Finer, b. 1983, is an artist based in London, whose practice is sited in theatre, sound and photographic space. Recent projects include producing the Building Sound symposium (www.buildingsound.org) and live and radio performances of her voice-scores, A Play for Offstage Voices, Playing Host and Constellation Piece, an experiment in staging voices at great heights.

ABOUT GALERIE8
GALERIE8 is a contemporary art gallery located in the Arthaus building of London Fields in East London. The atrium spans a five-floor height and encompasses 250 square meters of floor space, allowing for natural light and large-scale installations.

Through exploration of the art form’s relation to its social and cultural context, the gallery presents international and local artists and exhibition platforms that look to identify new movements, surfacing interests and inherent contemporary issues. In order to explore contentions in the programme, the gallery publishes print and online catalogues and journals as an extension of the exhibitions, talks, performances and film screenings programme. 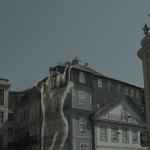 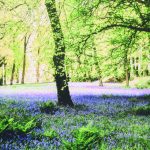 [Malignancy] by Moogz, a sonic installation made ad hoc over 12 years 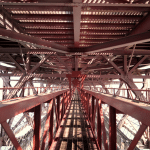