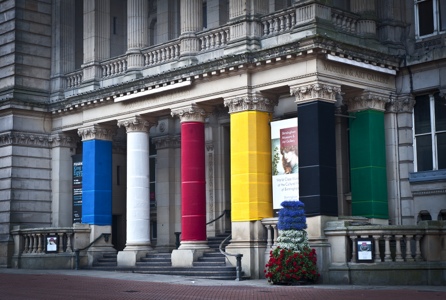 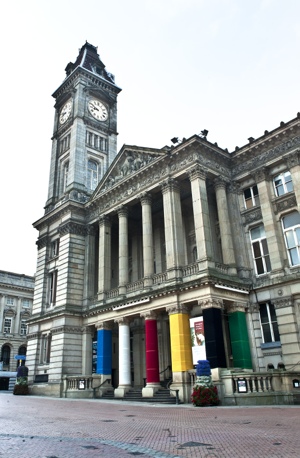 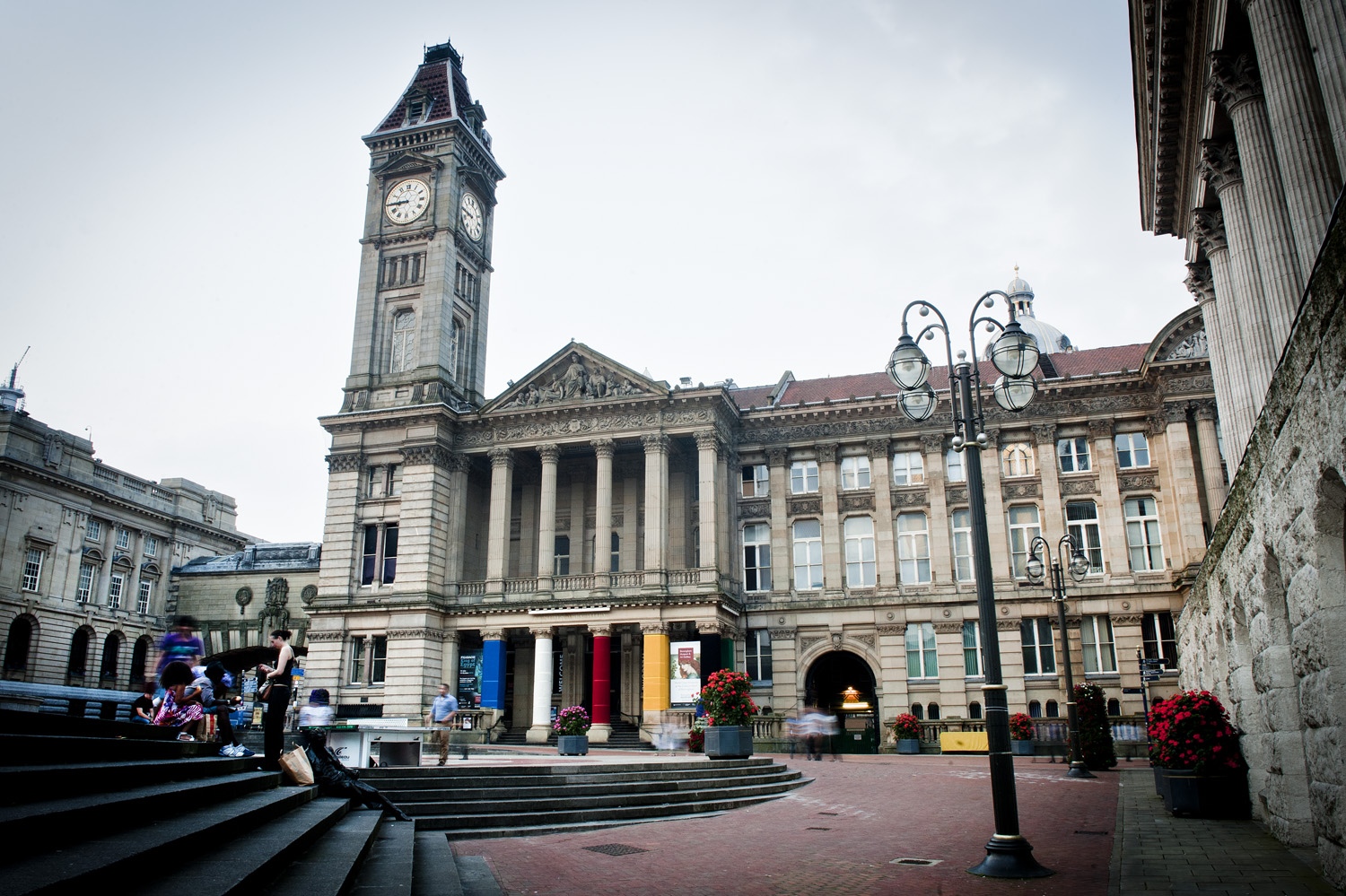 To celebrate the arrival and stay of the Jamaican and American Olympic teams in the second city for London 2012, textile artist Sara Fowles and Stitches and Hos, a Birmingham-based motley crew of enthusiasts of all things knitted, crocheted and stitched, covered the lower columns on the exterior of Birmingham Museum and Art Gallery with knit graffiti.

Over three months a pop-up shop in the Pavilions Birmingham shopping centre has played host to knitters of all ages and abilities to make the piece for the K2TOG – Knit 2 Together project. It has taken 1,300 balls of wool, nearly 400 volunteer knitters and approximately 4,500 hours to make the installation. The piece conicindes with the Olympic Games and will remain until the end of September. It is estimated that the piece will be seen by 2 million people over the two months it is displayed.

Six colours, red, blue, white, yellow, green and black have been used for the project. The colours are used on both of the teams’ national flags and are also the same colours used in the Olympic rings logo. The project has been chosen to be part of Kalaboration, celebrating both the forthcoming 2012 Olympics and the 50th Anniversary of Jamaican Independence.

The piece has been knitted by the people of the West Midlands, a colourful, personal, visually spectacular welcome to the teams. Individuals and community groups from across the region, existing knitters and those who have never picked up a pair of knitting needles were invited to contribute to the piece. The piece has been made by the people for the people and has aimed to pass on the skill of hand knitting to those who have little experience of traditional crafts. 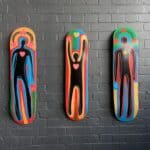 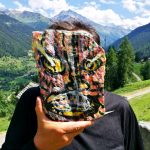 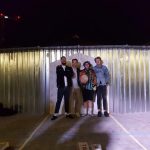