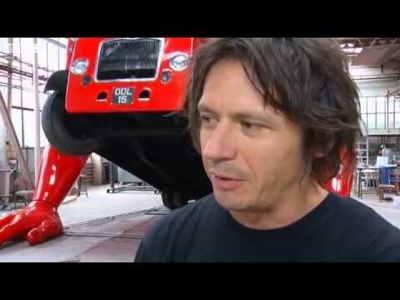 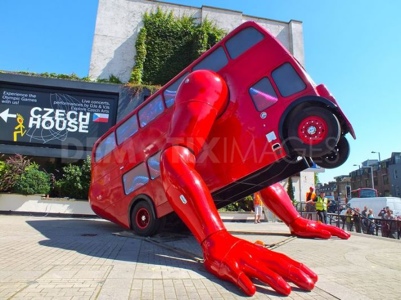 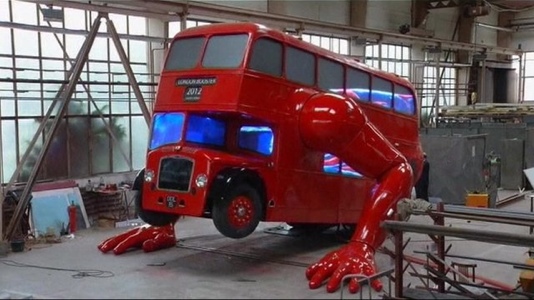 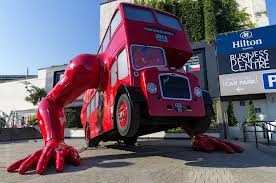 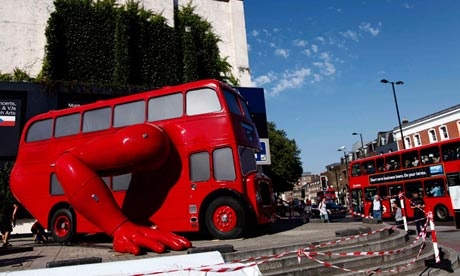 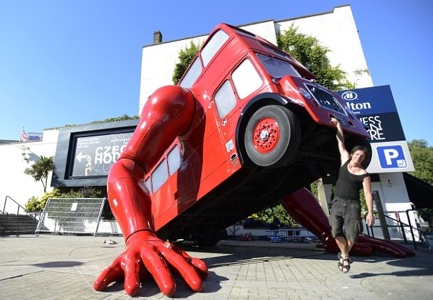 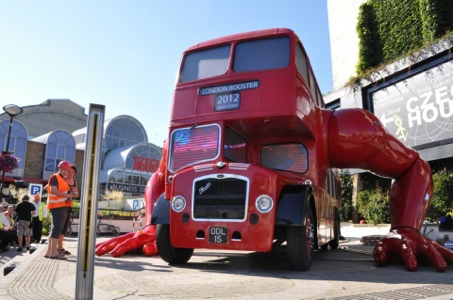 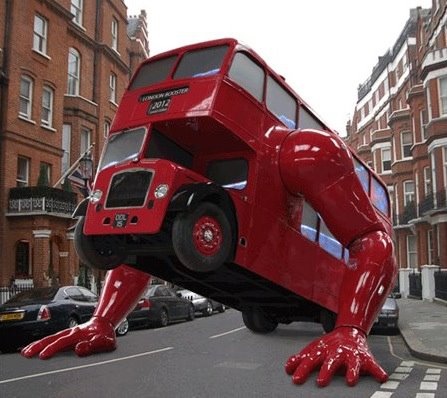 The Czech sculptor David Cerny unveils his first major London public commission for over ten years The sculpture titled, London Booster, is based on a red ‘Routemaster’ bus manufactured in 1957. Cerny has fitted it out with gigantic working mechanical arms and when switched on it performs press-ups. The work has been commissioned for the Olympics and will be on view outside the Business Design Centre in Islington. Czech House has taken over the centre for the duration of the games.

When I was approached by the architects of the Czech House to work on a piece, I took the challenge and, I hope, besides its monumentality and humour, the London Booster shows a certain ambivalence and irony” The completion of this ambitious project has been made possible through the generous support of Andrej Babiš of Agrofert Holding. After its return to Prague , it will be housed on a specially constructed plinth outside the Agrofert Headquarters accessible to the public. London Booster will be on display from the 24th July 2012 in conjunction with Czech House and its 17 days of sport, culture and entertainment at the Business Design Centre and officially opens on 27 July at 10 am. Czech House is run by the Czech Olympic Committee with the support of many institutional and business partners from the Czech Republic .