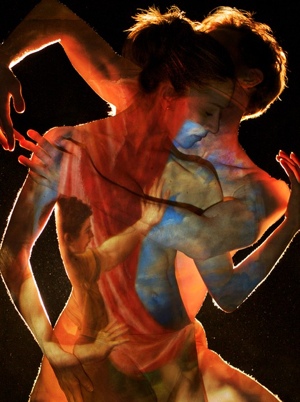 Metamorphosis: Titian 2012 sees a range of contemporary artists – including choreographers, composers, poets and visual artists respond to paintings by Renaissance master Titian. Their work is displayed at the National Gallery and performed at the Royal Opera House by The Royal Ballet. At the heart of this collaboration are three of the greatest masterpieces by Titian in the United Kingdom – Diana and Actaeon, Death of Actaeon and Diana and Callisto, which are shown in the exhibition at The National Gallery.

The aim of the project is to demonstrate how masterpieces by Titian continue to inspire living artists today. Three British contemporary artists: Chris Ofili, Conrad Shawcross and Mark Wallinger created settings for new ballets at The Royal Opera House that respond to the Titian paintings. Their work is being shown as an exhibition at the National Gallery, sponsored by Credit Suisse, in which the process of their response to Titian and the evolution of their own independent work of art is demonstrated. Each artist has a room in the exhibition space to show both preparatory studies for the ballets, along with new pieces created for the project.

Seven choreographers collaborated with the artists to create an evening of three new works, in response to three great paintings by Titian and original music commissioned from leading British composers. Wayne McGregor worked with the Danish choreographer Kim Brandstrup, and Christopher Wheeldon worked alongside Alastair Marriott with Will Tuckett, Jonathan Watkins and Liam Scarlett. Original music for the ballets has been commissioned from Mark-Anthony Turnage, Jonathan Dove and Nico Muhly.

The performances is the last body of work under Monica Mason as Director of the Royal Ballet and a performance on 16th July 2012 will also be relayed live on a big screen in Trafalgar Square. The National Gallery is also running a New Poetry Project. The Project commissioned a range of poets to write new work inspired by the Diana series, re-examining the Ovid text and its influence on Titian. The poets represent the quality and range of writing in Britain today which include poet laureate, Carol Ann Duffy and Simon Armitage – winner of the Keats Shelley Poetry Prize 2010. Their work was published in the accompanying catalogue.

The three Titian paintings are inspired by Roman poet Ovid’s Metamorphoses. The paintings depict the fatal consequences of a mortal tragically caught up in the affairs of the gods. They are remarkable for their powerful dramatisation of extremes in human emotion, with their rich array of colour, contrasting textures and atmospheric effects. As Titian took inspiration from Ovid, this programme celebrates artistic creativity and, like the Olympics, link to ancient Greece.