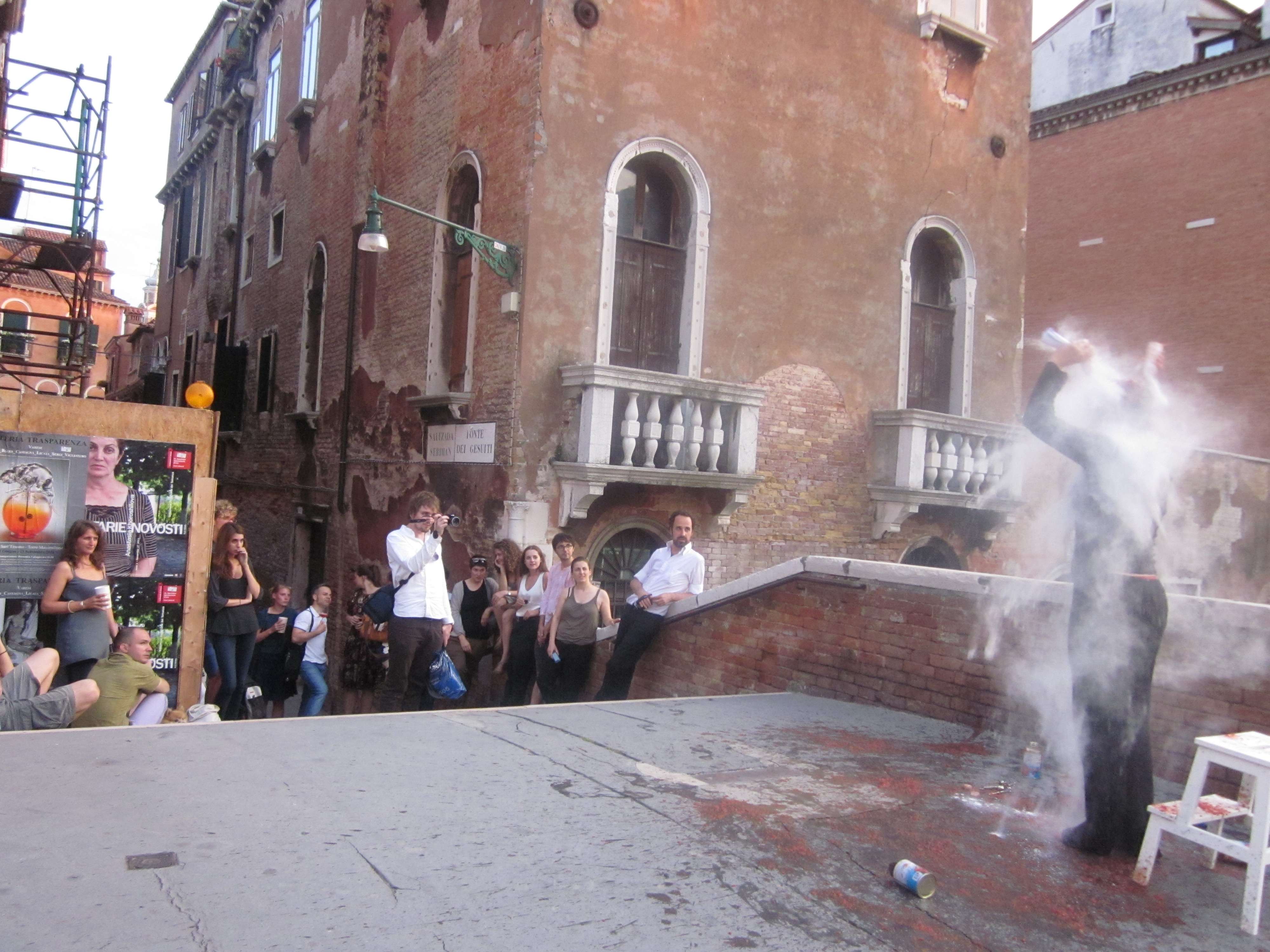 We are delighted to announce that on the opening night of The Other Art Fair (10th May) artist Vanessa Mitter will be performing at FAD Office. ‘Marionette’ is a piece involving an invocation, an absurdist take on painting and the difficulties and failures encountered as a painter. The piece is loosely based on certain aspects of ‘Wide Sargasso Sea’, in particular, notions of spirit possession. Mitter makes paintings and drawings, as well as devising performances and writing. Mitter is interested in the use of alter egos and in autobiography, playing with the gestural and with the performative and exploring their complex history(ies).

Vanessa Mitter graduated from Chelsea College of Art and Design with a MA in Fine Art in 2010. Recent exhibitions have included: Collective (Frieze Week Exhibition) The Bear Pit London (through Carter Presents). ‘Forza Nuova’ at Space 4828, curated by Nicola Ruben Montini during 54th Venice Biennale, 2011. Trajector Art Fair, Brussels, Carter Presents, London. Group show ‘de Kooning, de Kooning, de Kooning’ at the David Risley gallery, Copenhagen in 2011, curated by Dexter Dalwood.  ‘I Am Not Here To Entertain You Curated by Karl Weill At the Bun House’. ‘I Am Not Here To Entertain You’, curated by alter ego, Karl Weill at Field Project Space, South London in 2010 and ‘The Dandyism of Contempt’, curated by Vanessa Mitter in 2010.