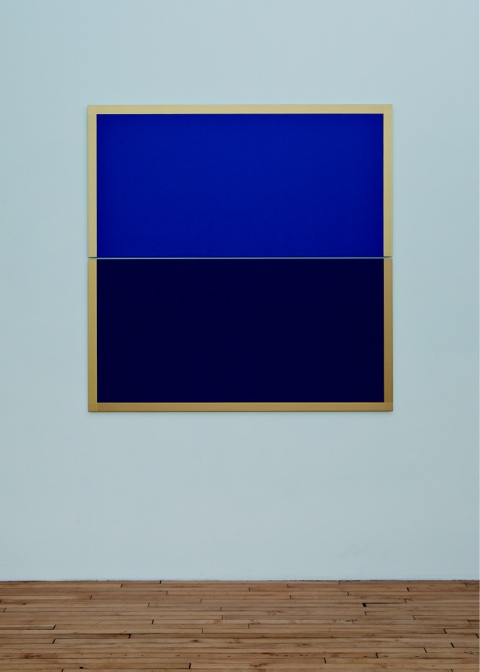 23rd March – 19th May 2012
Bartha Contemporary is to present their first first solo exhibition at their new space in Fitzrovia, with recent works by American artist Winston Roeth (b. 1945).

Working with raw pigment and a tempera medium, Roeth’s spellbinding paintings have a dense matt surface that draws the viewer into the intensity of the colour alone, inviting long contemplation of the shifting picture plane. The presence and uncompromising quality of his work explores the phenomenology of colour itself, Roeth has been described as “…probably the best color-painter in New York.” by American critic Michael Brennan.

Roeth’s grid-works are reductive compositions that are made in an indecisive formula, as Roeth describes his practice as exploratory. There is a vibrant intensity in his grids, a visual experience, which through contrasts in light and colour forms a captivating final structure.

Containment paintings describe planes of colour, set within a defining frame. Painted on a variety of supports ranging from dibond, honeycomb and MDF panels. These works showcase the artist continued interest in working on a variety of supports. Additional paintings on raw cedar wood-panels as well as slate tiles, will be exhibited in the gallery’s back-room and complete the installation.

An iPad catalogue-App documenting work from the past three decades will be published by Bartha Contemporary in April 2012, the app will be available for free.

Abstract Critical, a new forum for abstract art in Britain will host an exclusive Q&A session with the artist on Wednesday March 21st from 6.30, the event is free, however registration is essential, visit abstractcritical.com/ to sign-up to this event.