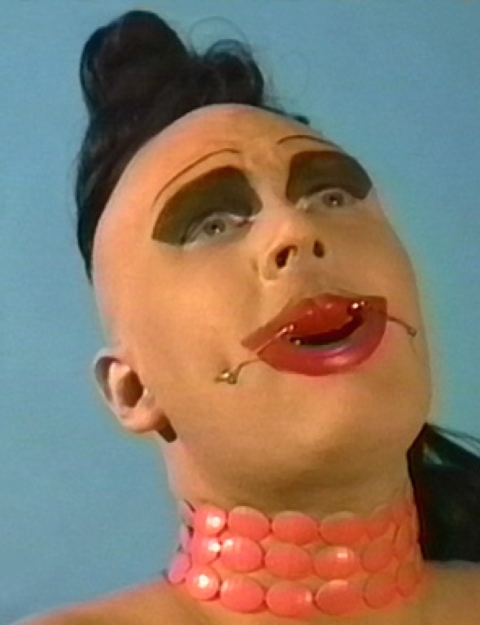 From 16th March until 3rd June De Hallen Haarlem presents Charles Atlas’ first Dutch museum exhibition. In the seventies this filmmaker and video artist from New York formed part of the first generation of artists that explored the artistic possibilities of the new medium video. Atlas’ oeuvre moves between the disciplines of performance, dance and visual art. He cooperated closely with renowned dancer/choreographer Merce Cunningham. A special part of the exhibition is a room filling video installation focusing on Atlas’s collaborations with Cunningham, whose dance company gave its last performance on 31 December 2011.

In his exhibition in De Hallen Haarlem Charles Atlas shows several important components of his work. In a large video-installation his long-time collaborations with Merce Cunningham will take centre-stage. In the seventies they developed the so-called mediadance together.

This was a new approach to engaging the medium of video in live performance, in which the camera was not simply used as a static instrument for registration, but became an active part of the choreography. Improvisation and remixing are other characteristics of Atlas’ working method.

He uses his extensive film and video archive to continually make new montages and combinations of footage. All three videoinstallations in De Hallen Haarlem are new adaptations of existing films, videos and installations. Portrait One of the installations shows Atlas’ interpretation of the portrait. He made a selection of his videoportraits that he has produced since the eighties, including those of performer and fashion icon Leigh Bowery. Joints 4Tet In a room-filling installation an adaptation of Atlas’ Super8- filminstallation Joints 4Tet (1971) can be seen, in which close-ups of Merce Cunningham’s joints are combined with a rustling ambient soundtrack by John Cage (1912-1992).

It is interesting to note that on the occasion of Cage’s 100th birthday, 2012 is celebrated as John Cage year with exhibitions and performances all over the world. Dance Long before operating in the field of visual arts Charles Atlas was active in the world of dance. Modern dance and music are therefore inextricably linked to his art practice.

Next to working with Merce Cunningham and his partner John Cage he collaborated with innovative choreographers and dancers like Yvonne Rainer, Karole Armitage and Michael Clark. During his whole career he has experimented with new techniques of capturing performance and dance. He also developed more autonomous videoworks that focussed on the graphic possibilities of the medium. Atlas’ explicit visual style, interdisciplinary approach and collaborative artistic practice have gained him a distinguishing position within the visual arts.

Charles Atlas’ work has been represented in the collection of De Hallen Haarlem since 2009.
His films Nevada and Floor (both from 1974) are important works in the museum’s subcollection of performative film and video art. Together with Paul McCarthy’s works from the collection they give an impression of the 1970s experiments with the medium of video in the US. His work was shown, among many other places, in the South London Gallery, the New Museum and MoMA in New York. He has been invited to do a large project for Tate Modern in 2013. In the past few years De Hallen Haarlem has shown Atlas’ films in several group exhibitions, such as He disappeared into complete silence (2011) and Body/Space Mechanics (2010). Alongside Charles Atlas’ exhibition, De Hallen Haarlem will also present a solo exhibition by Hamid el Kanbouhi and a presentation of recent acquisitions. via Art Daily