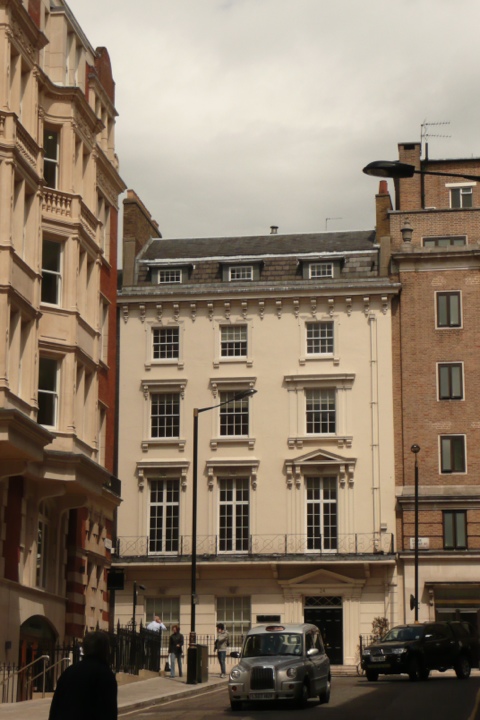 The gallery’s first European location will be an 18th-century Georgian townhouse on 24 Grafton Street in the heart of Mayfair, the city’s historic fine arts neighbourhood. The London gallery will be under the direction of Angela Choon, a director at David Zwirner since 1994 and a partner since 2004. The curatorial program will reflect the current focus on innovative and historically relevant exhibitions by David Zwirner’s forty artists.

The new address in the centre of the European art world comes with an illustrious history, having been home to several prominent residents, including Lord Robert Cecil, the 3rd Marquess of Salisbury, who was twice Prime Minister of Britain (1885-1892 and 1895-1902). In 1909, Helena Rubinstein opened her first spa and beauty clinic at the address, selling products by her eponymous luxury cosmetics brand until 1958. Most recently, the site housed a private bank. After a gut renovation overseen by architect Annabelle Selldorf of Selldorf Architects, the building will open up to almost 10,000 square feet throughout five floors, with main exhibition spaces on three levels. Selldorf’s transformation of the quintessential London townhouse will remain faithful to the aesthetics of the gallery’s existing spaces.

The October inauguration is planned to coincide with the festivities surrounding the Frieze Art Fair, and the opening exhibition will present new paintings by Luc Tuymans. This will be the Belgian artist’s first show in London since his 2004 retrospective at the Tate Modern. (In 1994, Tuymans had his US debut exhibition at David Zwirner’s first gallery in SoHo).

New York
Also opening in the fall of 2012 will be a new location in New York: a five-story exhibition and project space of 30,000 square feet at 537 West 20th Street in Chelsea. The space will compliment the primary market programming of the gallery’s three existing West 19th Street locations a block away, allowing for large-scale presentations by the gallery’s strong roster of Minimalist artists and thematic, historical surveys on the work of modern and contemporary masters.
The Chelsea location will be a new construction built from the ground up (on the site of a former parking garage), and is also designed by Annabelle Selldorf. It will feature innovative architecture throughout, and will become the first commercial art gallery to receive LEED (Leadership in Energy and Environmental Design) certification. To this end, David Zwirner and Selldorf Architects are working closely with environmental design consultants Atelier Ten. The modern and minimal building will be characterized by concrete and wood, both on the exterior and interior, with an abundance of natural light available in all exhibition spaces, the largest being a column-free 6,000 square foot gallery on the ground floor with 18-foot high ceilings. The public exhibition spaces will occupy the ground floor and the second floor, allowing for simultaneous programming. Richard Renfro of Renfro Design Group will design the building’s architectural lighting. The gallery is scheduled to open in November with an exhibition of works by Minimalist artists Dan Flavin and Donald Judd.