Another profile of an artist who you can catch at The Other Art Fair, which kicks off tonight. Toni Gallagher studied Graphic Design and Advertising at Brunel, before moving on to a career of diverse artistic achievements, everything from free lance Art Direction of commercials, to a successful stint on the Fourth Plinth, short films, sculpture and photography.

Toni’s work is characterised by beautiful observations, of the tedious or the mundane, made enticing, as in her series “Tedium to the Point of Delirium”

Or an intriguing juxtaposition of worlds, borrowing props from contexts and inserting them where they do not belong, to amusing or unsettling effect. Her series Synchronized Swimming Blowups renders the blowup doll a think of comedy, whilst playing with a sexualisation of synchronized swimming in the place where it was all twee before.

Her fourth plinth stint saw Toni make a performance of creating an ice sculpture, as she sculpted a figure from a half ton block of ice. Here the very process of making became the work, the impermanence of the ice not suitable for that timeless position upon a plinth, where a more permanent sculpture would have been chosen as something deliberately enduring in its physicality and meaning.

Check out Toni’s work at The Other Art Fair from tomorrow.

The Other Art Fair
Toni Gallagher 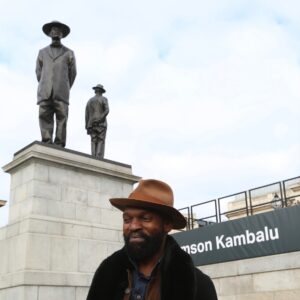 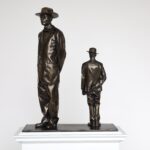