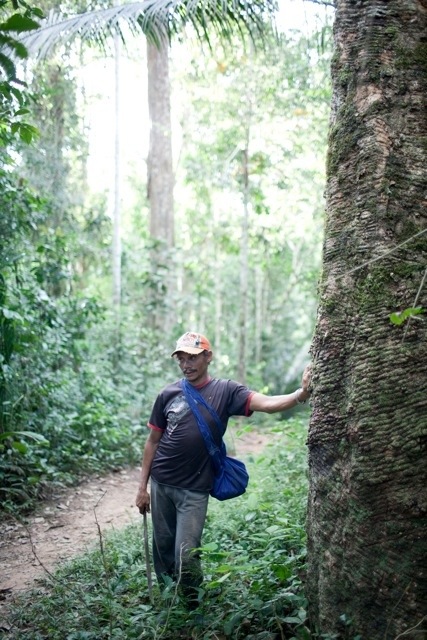 With photography from Sebastião Salgado and Per-Anders ‘AMAZON ’ is an exhibition in aid of Sky Rainforest Rescue highlighting the plight of the Amazonian rainforest and the people living within it.

The exhibition will bring together two remarkable, distinct bodies of photography featuring previously unseen images. It will showcase the efforts of Sky Rainforest Rescue, a three year partnership between Sky and WWF that began in 2009 and aims to help save one billion trees in the state of Acre, North-West Brazil.

Legendary Brazilian photographer, Sebastião Salgado will present exclusively work from his ongoing photographic essay ‘Genesis’ that began in 2004 and is due to reach completion in 2012. The images portray landscapes in their most pristine state, and the communities still living in them, according to ancient traditions in balance with nature. Through these epic and evocative images, visitors to the exhibition are taken on a journey through environments, which remain intact despite the enormous human destruction taking place daily in the region. Salgado commented: “I relished the opportunity to present some of my unseen images in the exhibition and highlight the beauty that must be preserved”.

Renowned documentary photographer Per-Anders Pettersson presents photographs from a recent visit to Acre with actress Gemma Arterton, to support Sky Rainforest Rescue. These images illustrate the stark reality and level of devastation caused by deforestation – and gives an insight into the progress being made through Sky Rainforest Rescue, who work closely with the Acre State Government to protect this precious part of the world. Pettersson commented “the images that we captured were beautiful and heart breaking in equal measure”.

The exhibition will be accompanied by a programme of educational talks and events and will be the first at Somerset House’s new East Wing Galleries. 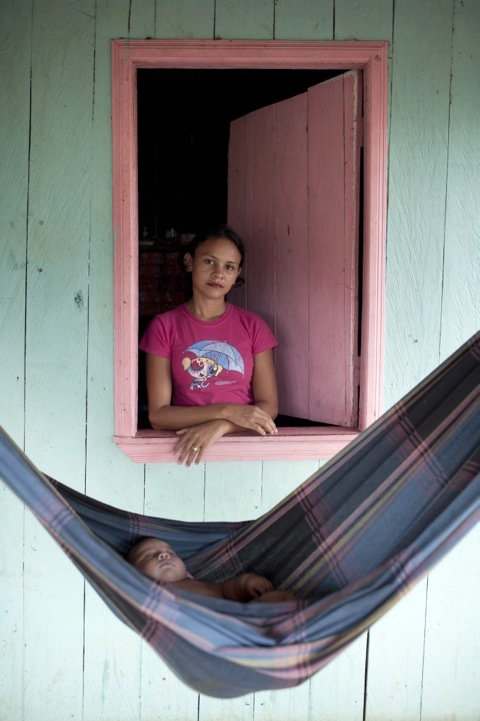 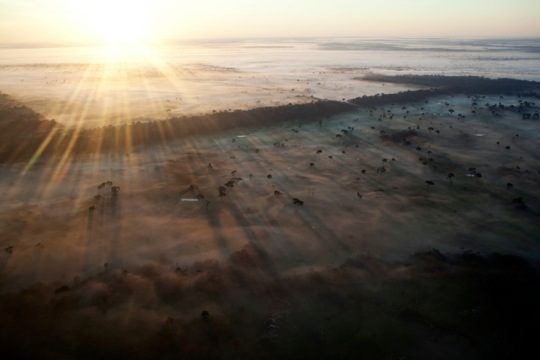 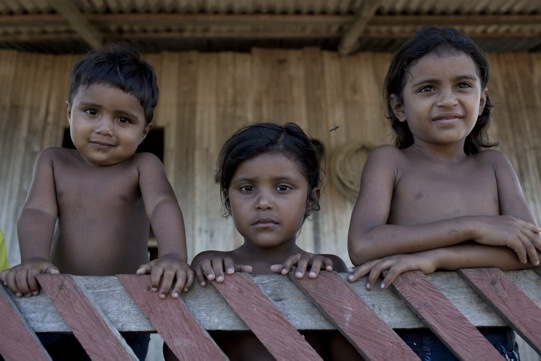 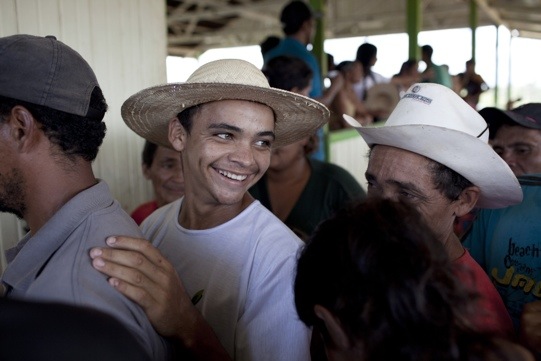 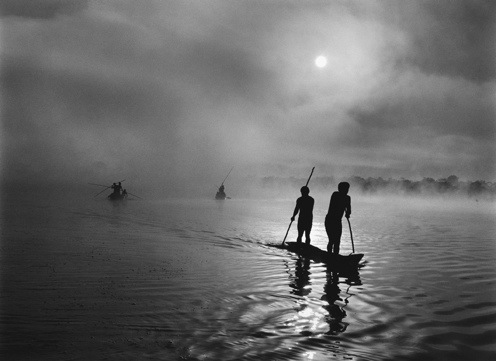 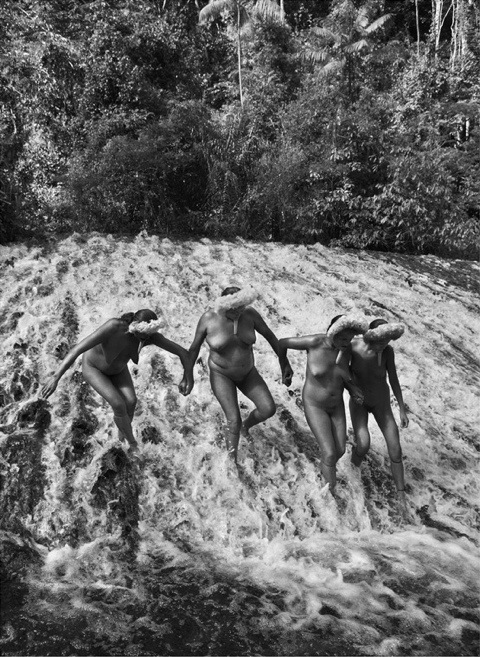 Sky Rainforest Rescue
Sky Rainforest Rescue: a three year partnership between Sky and WWF, that began in 2009 and aims to help save one billion trees in the state of Acre, North-west Brazil. Every minute, an area of Amazon forest the size of three football pitches is lost and global deforestation is responsible for up to 15% of the world’s greenhouse gas emissions – roughly the same as all the world’s emission’s from cars, planes, trains and ships put together. Tackling deforestation must play an important part in how we fight global warming which is why, through this exhibition Sky and WWF hope to inspire people to get involved and help save a billion trees. The public can make regular donations to Sky Rainforest Rescue, by adopting a jaguar from £3 a month, sponsoring an acre of forest or, making a one-off donation of any amount with £20 helping to save 1000 trees, or even taking part in a fundraising event. For more information visit: sky.com/rainforestrescue

Sebastião Salgado
“My project Genesis is designed to show how the unspoiled world must be preserved and, where possible, be expanded. Supporting Sky Rainforest Rescue and joining forces on this exhibition was something that felt very natural to me, as the work the project is doing helps to raise awareness of the devastation in the region to a larger audience. I relished the opportunity to present some of my unseen images in the exhibition and highlight the beauty that must be preserved.”

Sebastião Salgado was born on February 8th, 1944 in Aimorés, in the state of Minas Gerais, Brazil. He lives in Paris. Having studied economics, Salgado began his career as a professional photographer in 1973 in Paris, working with the photo agencies Sygma, Gamma, and Magnum Photos until 1994, when he and Lélia Wanick Salgado formed Amazonas images, an agency created exclusively for his work.

He has travelled in over 100 countries for his photographic projects. Most of these, besides appearing in numerous press publications, have also been presented in books such as Other Americas (1986), Sahel: l’homme en détresse (1986), Sahel: el fin del
camino (1988), Workers (1993), Terra (1997), Migrations and Portraits (2000),
and Africa (2007). Touring exhibitions of this work have been, and continue to be, presented throughout the world.

Sebastião Salgado has been awarded numerous major photographic prizes in recognition of his accomplishments. He is a UNICEF Goodwill Ambassador, and an honorary member of the Academy of Arts and Sciences in the United States. In 2004, Sebastião Salgado began a project named Genesis, aiming at the presentation of the unblemished faces of nature and humanity. It consists of a series of photographs of landscapes and wildlife, as well as of human communities that continue to live in accordance with their ancestral traditions and cultures. This body of work is conceived as a potential path to humanity’s rediscovery of itself in nature.
Together, Lélia and Sebastião have worked since the 1990’s on the restoration of a small part of the Atlantic Forest in Brazil. In 1998 they succeeded in turning this land into a nature reserve and created the Instituto Terra. The Instituto is dedicated to a mission of reforestation, conservation and environmental education.
www.amazonasimages.com

Per-Anders Pettersson
“This trip gave me a once in a lifetime opportunity to see the work that is being done first hand and to help showcase it. The images that we captured were beautiful and heart breaking in equal measure and the resulting exhibition is eye-opening.”

Per-Anders Pettersson was born in Sweden in 1967. He began his professional career in the late eighties, after studying business, working for a local newspaper in his hometown. In 1990, he moved to New York and has covered major news and feature stories in over 80 countries, most recently in Congo, South Africa, Ethiopia, Uganda, Chad and China.

His works regularly on assignment for STERN, GEO, Newsweek, and many other major international newspapers and magazines. In 1995, Mr. Pettersson produced a book with work from 1991-1995. His work on the ‘Flying Squad’ a South African police unit was exhibited at Visa Pour L’image in Perpignan in September 2001. He participated in the”A day in the life of Africa” book project in the spring of 2002, shooting in Kinshasa, Congo.

He received second prize for his essay of ”Sexual abuse of children in South Africa” in the category ”Issue reporting picture story” in the Pictures of the year international (POY) in 2003. Mr. Pettersson was an also finalist for The 2003 International Grand Prix for humanitarian reporting for the same story, was exhibited at Visa Pour L’image in Perpignan in September 2003. A part of his 10 –year South Africa project was shown as a slide show at Visa Pour L’image in Perpignan in September 2004. He received a prize in NPPA in 2005 in the Magazine Feature Story category, for his essay on the black elite in South Africa, shoot for STERN Magazine. He also received honorary mention in NPPA 2006 in the General News Category for his work on poverty in Malawi. Mr., Pettersson recently photographed a book project, 24 hours in the life of the Catholic Church, shooting in South Africa. He was a finalist for the 2006 CARE International Grand Prix for humanitarian reporting for a story on child prostitution in Kinshasa, Congo, DRC. It will be exhibited at Visa Pour L’image in Perpignan in September 2006. Finalist in Unicef Photo of the year 2006 and awarded in Contemporary issues in World Press Photo 2007. Per-Anders was also awarded in POY, PDN Photo Annual, CHIPP (China), American Photography 23, Photography Annual 48 in 2007.

His work on Soweto was exhibited at Visa pour L’mage in Perpignan in September 2007, and he was also nominated for the Visa D’or in Feature photography.

He was awarded in POYi, NPPA and American Photography 24 in 2008. He was also finalist for the Henri Nannen Preis, Germany’s biggest journalism awards in May 2008. His work on the South African Emerging black elite was exhibited at the Hereford Photography Festival in the UK in May-June – 2008. Awards in 2011 include Photo District News (PDN) Annual, USA. Communication Arts, USA.
www.peranderspettersson.com