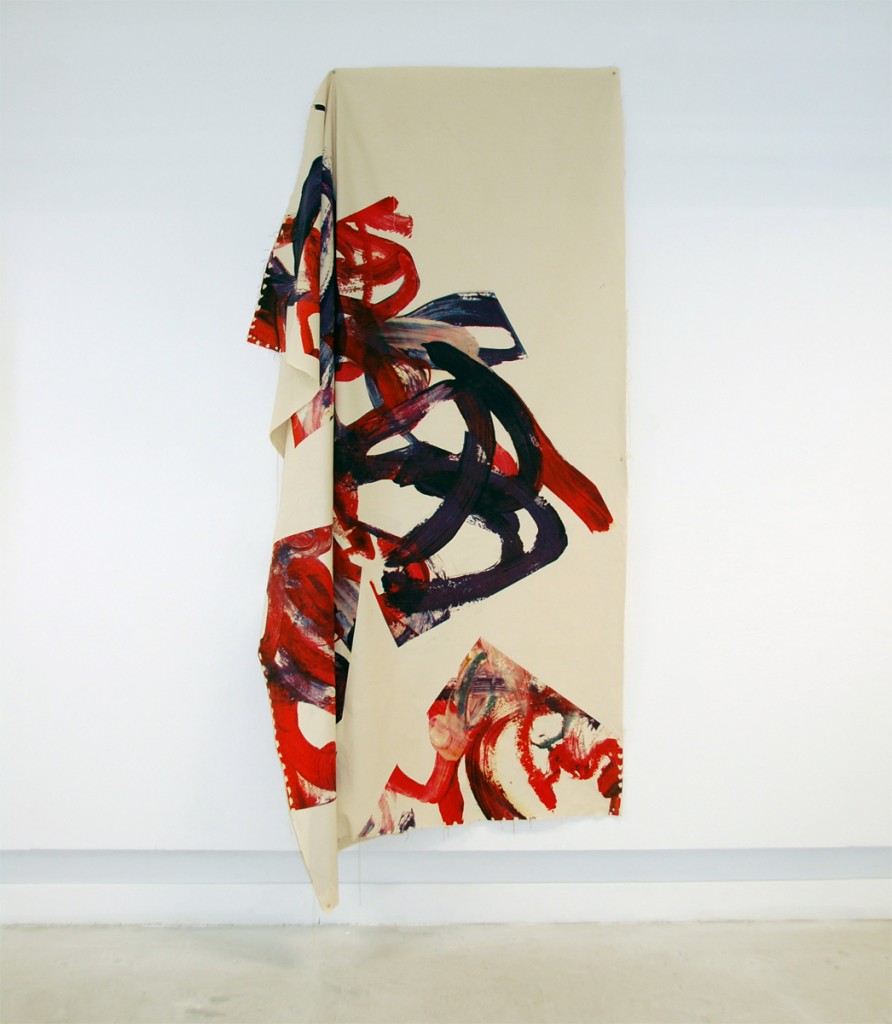 1 If you weren’t an artist, what else would you be?
If I had the brains I would have worked towards becoming an astrophysicist, and if that failed a grey haired mathematician specialising in geometric topology. Science and abstract maths have always fascinated me.

2 What is your favourite ‘ism’?
I don’t have one, but I think it’s important that an artist be aware of art of the past and how it developed into what it is today, even if they then ignore it.

3 Which artists do you admire and why ?
Any artist who creates work from a position of not knowing completely what they’re trying to achieve, and who are willing to follow the work down whatever rabbit hole it takes them. If I were forced to name some, they would probably be Wade Guyton, Martin Creed, and Walead Beshty. 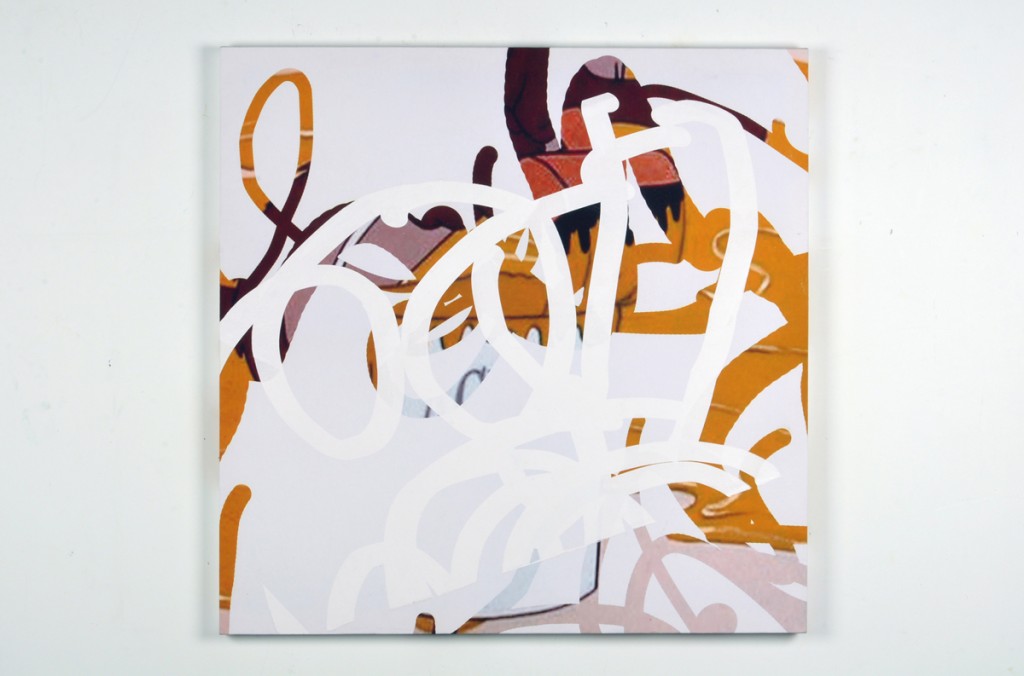 4 What was the most intelligent thing that someone said or wrote about your work?

I will never forget being told by my BA tutor, during a very important assessment, that the random splatters of paint on my shirt were better than the work I had presented for assessment. Little did he or I know at the time this comment would send me on the road to where I am as an artist today. More recently someone told me that my work looked like something you might find on the walls at McDonalds. When I think about it both comments could be taken as harsh criticisms, but they’ve stuck with me and continue to be extremely positive and thought provoking.

5 Do you care what your art costs? State your reasons!

I think regardless of what level an artist prices their work at the most important thing is to respect those who have purchased your work in the past, and so I keep prices at a relatively fixed level, even if it might be easier to lower them for a big show and maybe make a quick buck.

6 What are the three big ideas that you would like your work to express?

This is a difficult one because so much of what I do is trying to side step this idea of ‘me’ as an artist trying to express something to ‘you’ as the audience, I think there’s so much wrong with that way of working. I’d much rather get out of the way altogether and let whatever processes I decide to use do the talking for me. This was
what I was trying to achieve with my ‘chess’ series; I genuinely think that a chess program can create more intriguing works than I ever could.

7 How do you start the process of making work?

A lot of the time a series may start by complete serendipity, I know this is an over- worn phrase that artists like to say a lot, but it’s true.

As a result of my final show I’ve been lucky enough to be asked to exhibit in a space in Canary Warf, so all my current effort is geared towards making this a truly great show, while also trying to find a way to continue to live and work in London.

9 If you could ask yourself one question what would it be? And what would be the answer ?

I’m continuingly asking myself why I continue to do the things I do, I think it’s quite natural for an artist to do this, self-doubt is always there, and given enough time you can begin to convince yourself that it’s all arbitrary and pointless. But I keep coming back and making work, so there must be something rewarding in it, even if I don’t know what that is. 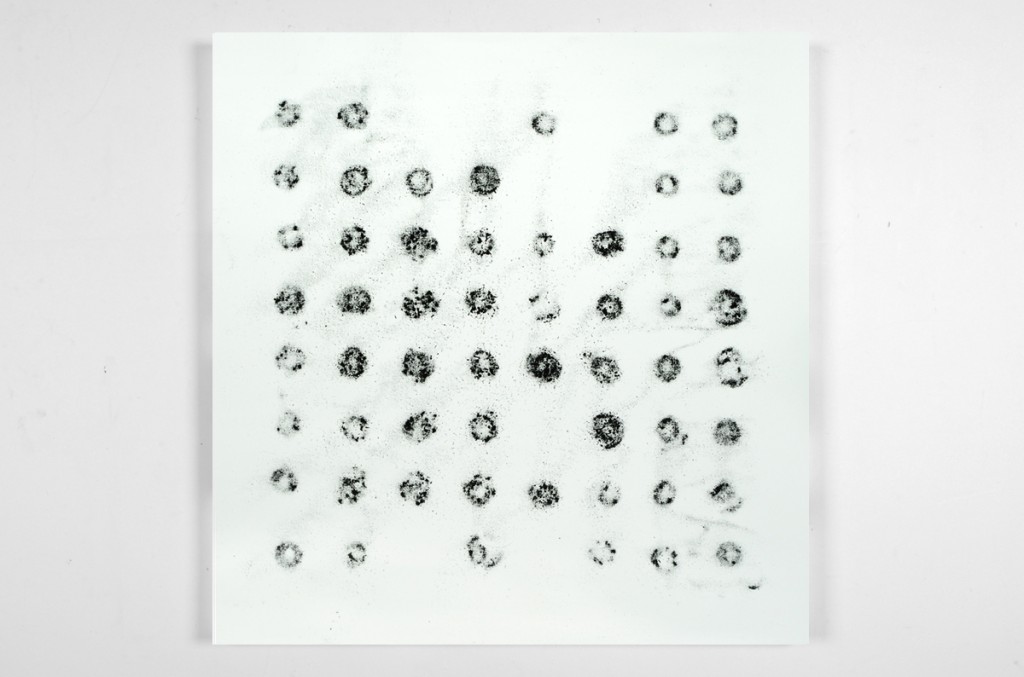 If I were forced to choose it would probably be a recent print that recorded a chess computer program playing against itself, and where the white side ended up winning. As a single piece of work it embodies everything I’m trying to achieve in my work as a whole. Saying that it’s also a very cold, unforgiving object, but there’s a strange robotic creativity about it that I find quite fascinating.