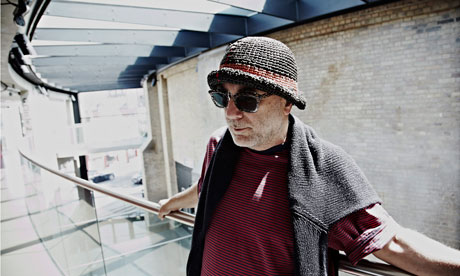 Image:Ron Arad at the Roundhouse, site of Curtain Call: ‘I thought it would be a lot more exciting to invite other people to do it than do it all myself.’ Photograph: J Birch

According to the novelist Jonathan Safran Foer, “There are things – pornography, the taste of water – that are impossible to define but easy to recognise. Ron Arad’s genius is such a thing.” He is a designer who was educated as an architect and now is doing some architecture again, dabbles in digitalia, and does things that might be called sculpture and/ or installation art. The most constant thing about him is his appearance – asymmetric hat (woven or felt), T-shirt, big trousers, no socks, amused smile, sidelong look. Also his studio in Chalk Farm, where he has been for 20 years, and which still has the “temporary” construction work he installed when he moved in, and now looks like a period piece.

Foer made his remark in an essay of wit, erudition, and quotes from Nietzsche and Oscar Wilde, written because he and Arad became friends, after they hit it off at some function or other “in a city neither of us called home”. One of Arad’s skills is the ability to make friends with creative people and, from 9 August, everyone is invited to a party he has orchestrated in that venue of legend, the Roundhouse. “I thought it would be a lot more exciting to invite other people to do it than do it all myself,” he says.

This is Curtain Call, an installation in which a curtain of white silicon rods, eight metres high and hanging from above, encloses the great circular centre of the building. The rods collectively form a 360° screen on to which are projected animations and films by some of Arad’s creative friends. Christian Marclay will ring the circle with piano keys, running vertically, played by giant projected hands. Mat Collishaw will show a gorgeous tropical landscape which is nonetheless “poisoned by diseased and malicious-looking flowers”. Ori Gersht will show crowds at a bullfight, putting viewers in the middle of the circle in the position of a matador, or a bull.

Because the rods are translucent you will be able to see the projections from inside and outside the circle. The silicon is bendy and, as you will be required to push through it, the curtain will be in a state of perpetual oscillation. The spectators, as they pass in and out, become part of the action. On one night there will be Bring Your Own Beamer, a “favela of images” in which people can bring their own laptops, and have their work projected on to the screens. Arad has promised that “you’ll be engulfed by images – a captive, but also a creator”. He says the aim is to be “as inclusive as the Roundhouse is, plus high art, but without the bolshevism of the art market. Kids will love it.”

If Curtain Call is a big sophisticated playground, it is consistent with almost everything Arad has done ever since the day, long ago, when he walked out one lunchtime from the middling architectural practice where he worked, cut seats out of an old Rover car and made from them the prototype of his Rover Chair, which became an instant hit. Since then he has been producing objects characterised by opulent curves and a playful interest in the unexpected properties of materials. He likes rust and reflection, fat things resting on thin things, or off-balance objects that look like they should fall over. He likes things to look highly finished and still in progress at the same time. He likes loopy, curvy bits and bits of text, whether graffiti-like scrawls or digital displays, applied to his work.

For a while these objects were mostly furniture, but he started doing interiors and other forms of product design. Ten years ago he presented an idea for a touch-screen tablet to the electronics company LG that was “pretty much the iPad, but they had no idea what we were talking about”. He does sunglasses. Now, more than 30 years after he left architecture school, he is doing large buildings – his Design Museum Holon, in his native Tel Aviv, was completed last year, his Médiacité shopping centre in Liège, Belgium in 2009. He is now designing an apartment block and a commercial development of “science fiction scale” in Tel Aviv, and a hotel in east London.

He also does “studio pieces”, works he does not quite call sculpture, but which are not quite anything else, and which fetch handsome prices as one-off collectibles. “I’m lucky that, however much I invest in something, someone will like it,” is the way he puts it. For all his dressed-down, scruffy style, he attracts luxury clients. A consortium of Swarovksi, Red Bull and Bernie Ecclestone commissioned him to design a restaurant at a ski station near Gstaad, a rotating thing perched on a peak that is pure Ernst Stavro Blofeld. “I don’t care how much it costs,” said Ecclestone. “I only care who’s paying for it.” Whatever answer he got was not the right one, and the project is not currently going ahead.

The common denominator to all this work is playing with stuff to make other stuff. There is no grand theory or social programme, and whether the opportunity takes the form of an ultra-luxury restaurant, or a popular installation at the Roundhouse (admission charge: pay what you can), is not Arad’s main concern. “We’re interested in doing fantastic, amazing projects,” is his not very sophisticated philosophy. He wants to stay in motion, to keep on inventing, not to pause too long on the ground: “We’re the last people to be upset if someone comes back in the future with a better idea to make something we’ve done redundant. It might be us who do it.”

He’s at his best when he gets close to the business of making things, of what materials and techniques can and can’t do. He’s less convincing when he floats into a world of whirls and blobs, of making shapes for the sake of it. Curtain Call, with its smart use of hanging silicon, and projection and light, and its engagement with other artists and the public, promises to be one of the good ones. 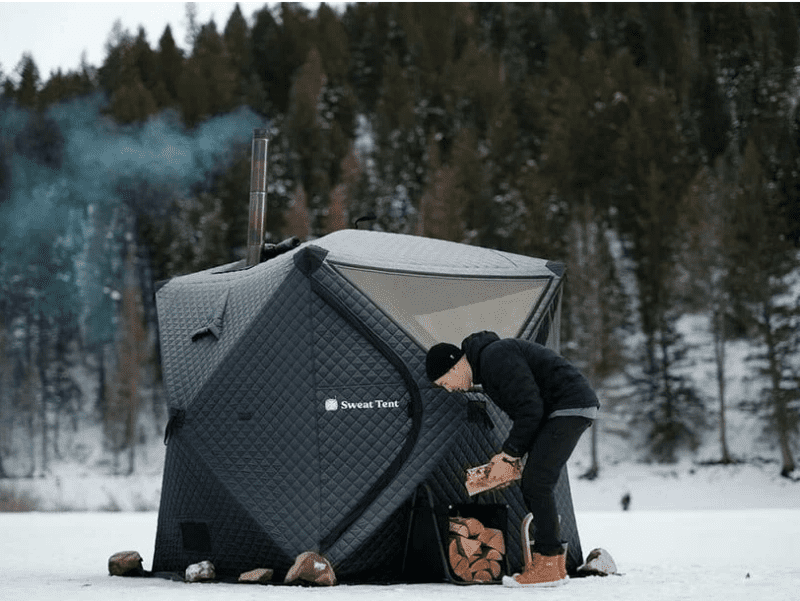