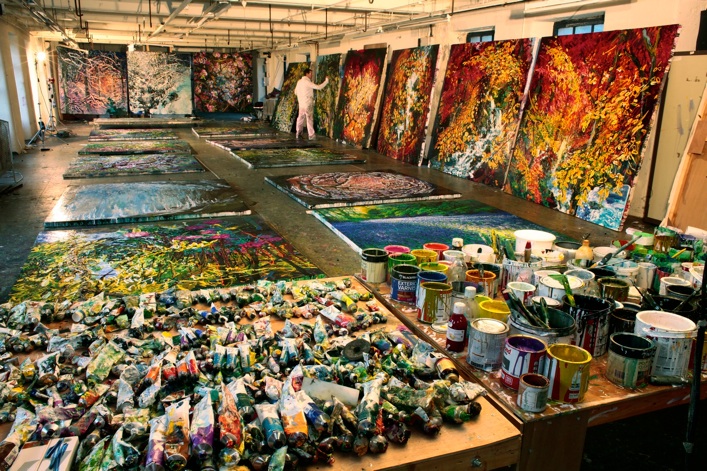 17th -23rd May 2011
Artist Hugh Miller has spent the past two and a half years in a former flax mill in the Yorkshire Dales where he has created a ground-breaking series of eighteen 7ft square paintings based on his experiences living and working in isolation with nature.

Before embarking on this series, Miller spent ten seasons in the North, painting outdoors through the heat of high Summer and the freezing depths of Winter.
He would camp in a tent to catch the morning light in situ and was snowed in at his studio for four days over Christmas. The close proximity to nature, his hardship and the hours he put into his painting result is an extraordinary series of works described by art critic, Simon Tait as looking like ‘a new language of painting.’

“The Glasshouses Mill Project was about creating an environment that consumes you with enthusiasm for painting experimentation. I wanted to push the possibilities of creating an illusional environment. I stole the cherry blossom from the film ‘Memoirs Of A Geisha’ and the waterfall references came from camping trips to Rydal Mount and Betws-y-Coed. The canvases became increasingly more manipulated, references to actual locations in the end were left behind although attempts to respect the disciplines of perspective and colour continued. I wanted to address the romantic complacency for landscape painting by overwhelming the viewer with sheer size and speed, preventing a safe consumption of the picturesque. The various options that paint offered provided infinite opportunities for exploration rather than depiction, and progressively concentrating on the canvas surface itself resulted in their own dynamic life occurring. The project’s values for me lie in its scale, its energy of mark-making, and its attempt to celebrate a revered craft and subject-matter with a new vigour.” Hugh Miller 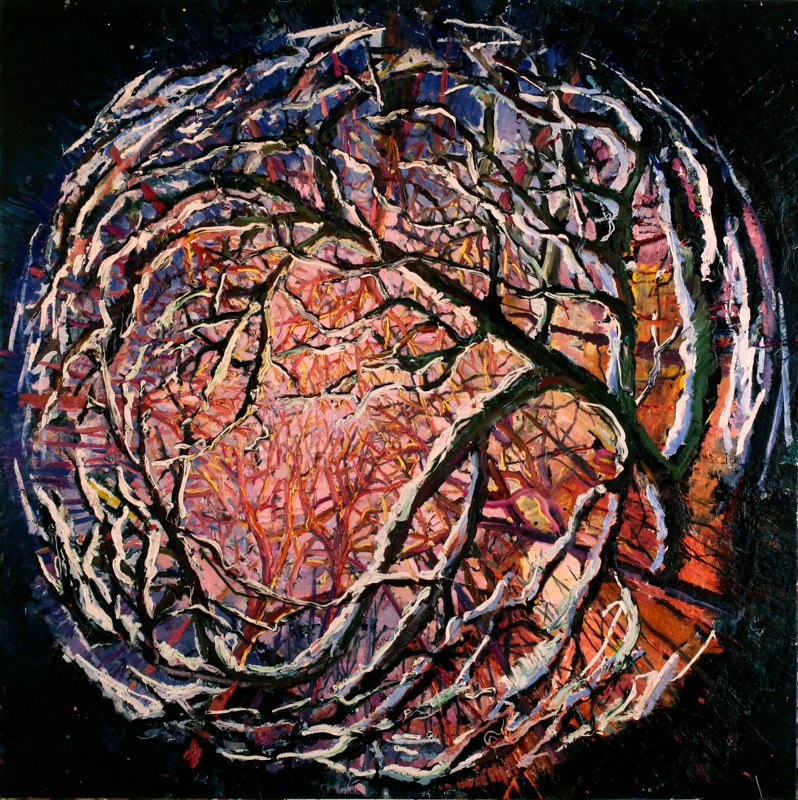 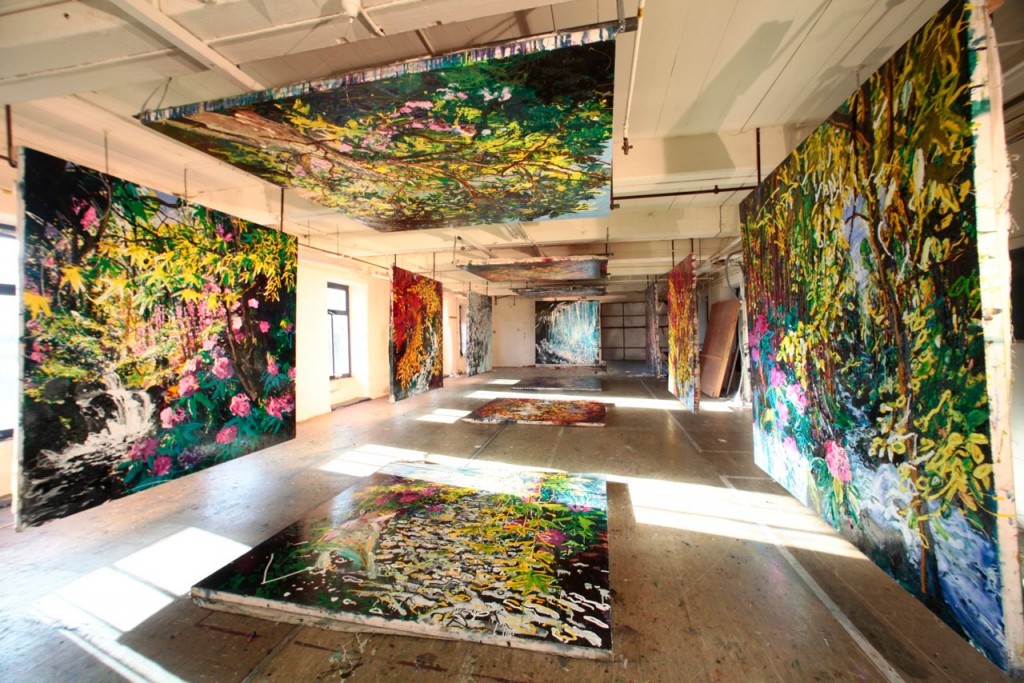 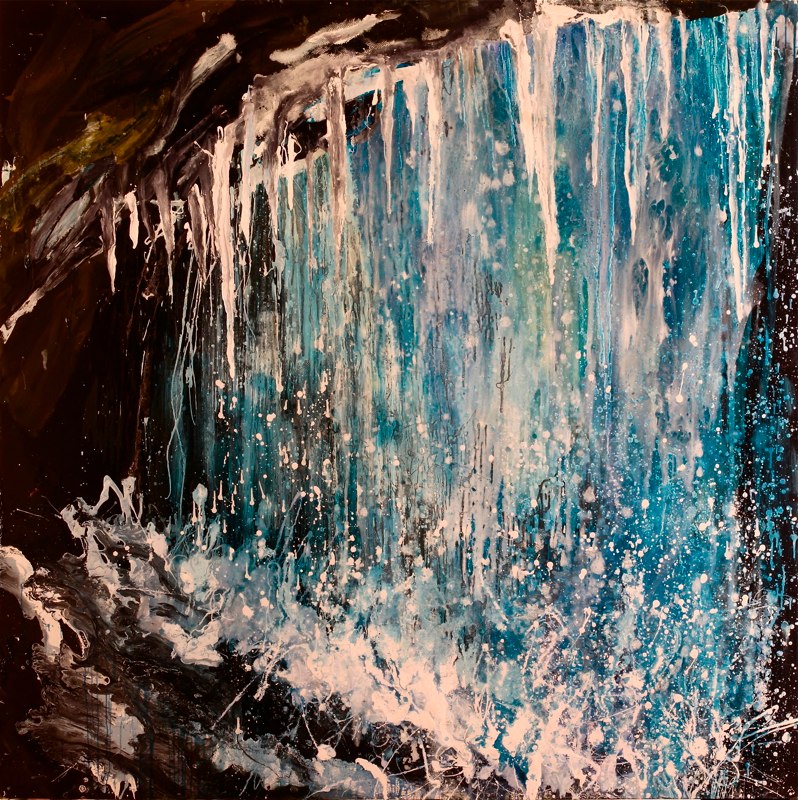