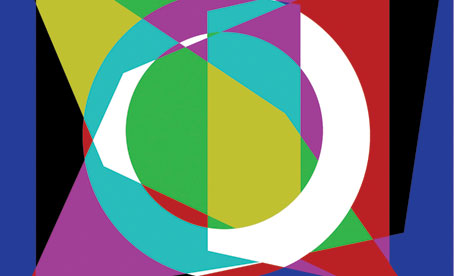 This article titled “Race to save digital art from the rapid pace of technological change” was written by Vanessa Thorpe, for The Observer on Saturday 7th May 2011 23.06 UTC

A race is on against the fast pace of technological change as scientists search for ways to preserve today’s most innovative artworks.

A team of experts is warning that some of Britain’s contemporary artistic landmarks will be no more than memories within a decade unless conservationists can effectively archive digital works and stop them degrading.

“The threat is very real that, unless we do something, we will have a ‘lost generation’ in terms of our cultural heritage,” said Dr David Anderson, who, together with his colleague Dr Janet Delve at the School of Creative Technologies at the University of Portsmouth, is leading efforts to save the more complex artworks of the digital age from oblivion.

“Past generations captured who they were and what they did via museums and books,” Anderson said, “but the pace of technological development in the digital age has now outstripped our capacity for preservation.”

At the same time as the visual artist Hilary Lloyd is nominated for this year’s Turner Prize for her inventive work in film and video, “digital preservationists” are campaigning for more shared research and have organised the first of a series of symposiums to be held at King’s College London and Cambridge next month.

The fast pace by which technology changes means that many of the earliest works of art created on computer are in danger of being lost, or are already impossible to read, while new interactive digital artworks, such as 3D visualisations and video games, are so complex that scientists are not yet capable of faithfully preserving them.

Preserving today’s works of art poses more of a challenge to science than continued efforts to restore and conserve the great oil paintings and sculptures of the past, Anderson and Delve argue.

It is a problem already faced by collectors and contemporary art galleries, as formats are updated and CDs, DVDs and digital recordings degrade.

Lloyd, 48, from Halifax, creates innovative work that poses typical problems for conservators. Her recent film and video footage, previously on display at the Raven Row gallery in London, was put together in a way that subverts expectations of art. A piece that initially appeared to be a still life, for example, turned out to be in perpetual motion. Projectors and monitors formed a part of the work itself.

“In digital art, the key is to find ways of preserving the colour and visual aspects of a piece of art. If we don’t preserve the digital art made today, it could be like walking into a world-famous gallery and seeing nothing on the walls, that no art has survived some global meltdown,” said Anderson.

A new digital art gallery is to launch on Monday in the centre of Cambridge. The vaulted section, set up by Anglia Ruskin University inside the Ruskin Gallery, which was opened by the art critic John Ruskin in 1858, has been fitted with cutting-edge 3D plasma screens to enable digital artists to experiment.

But the preservation of this kind of work, in contrast, is still a work in progress.

Dr Simon Payne, a digital video artist and senior lecturer in film and media at Anglia Ruskin University, who will be exhibiting at the gallery, points out that many contemporary artists are happy for their work to have a short lifespan, or at least can accept that its temporary nature is a key part of the experience for viewers.

“Some artists who make digital art that is ephemeral, who are almost like performance artists, are dedicated to the idea that it will not last.

“But from an academic point of view, of course, you want to be able to recreate the culture of the past and to show it to students.”

Payne’s own work is what he describes as “perceptual”, playing with what the viewer can see, such as the Op Art movement of the 60s and 70s.

“It is designed with the idea of creating a discrete physical effect on the viewer and for me, ideally, it should be shown in the context of a cinema, so I don’t know how you would ever preserve it effectively.”

Ironically, an artwork made or recorded on celluloid, or even on videotape, is more likely to survive the test of time than more recent work created or archived digitally, Payne added.