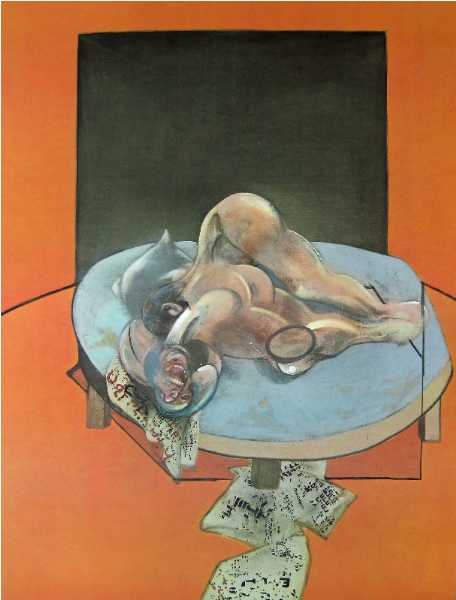 In 1976 the great figurative painter and polemicist R.B.Kitaj organized a group exhibition for the Arts Council of Great Britain entitled The Human Clay. To mark the 35th anniversary of Kitaj’s seminal exhibition and to celebrate a decade of exhibitions focused on Twentieth Century British figurative art at James Hyman Fine Art, Beyond The Human Clay presents a selection of some of the greatest British artists of the last half century.

Human Clay is today chiefly remembered for its catalogue in which Kitaj championed a School of London but was an exhibition characterised by its diversity and scope in which drawing was presented as central to all painters, whether figurative or abstract.

Beyond The Human Clay is similarly wide-ranging in its presentation of figurative art. It is divided into two parts: the first focuses on a selection of the artists chosen by Kitaj and the second part presents a selection of other, often younger, artists for whom drawing has been an important part of their practice. 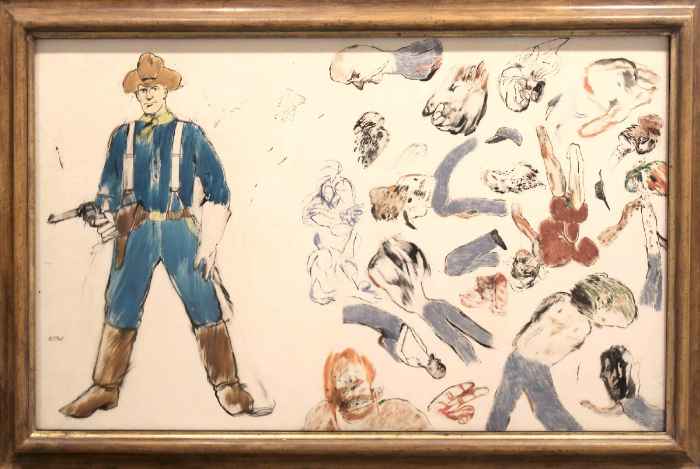 The exhibition is rooted in two important School of London works, a glowing Leon Kossoff Self Portrait from the 1950s and a manifesto painting by Kitaj, The Bells of Hell from 1961. Kossoff’s Self Portrait illustrates the importance of struggle, labour and effort. This lucid image in red, blue and black is made from layer upon layer of crayon and charcoal and is a moving portrait of a battered but resilient survivor. Kitaj’s major early painting, The Bells of Hell, is just as daring in its expressive, fractured figuration. A bold, direct image, it depicts an important event in American history – the Battle of Little Bighorn – as well as possessing the fragmented bodies of Francis Bacon. The picture is one that Kitaj considered to be one of his most important Pop Art paintings, but is also a manifesto work for the type of inventive figuration that he sought. 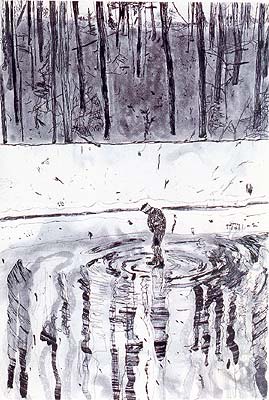 In addition to presenting School of London works of historical significance, Beyond the Human Clay also presents more recent works which have attempted to grapple with the Human Condition. It includes works by, for example, Tony Bevan, David Breuer-Weil, the Chapman brothers, Peter Doig, Glenys Johnson, Hughie O’Donoghue, Chris Ofili, Jenny Savile that explore different visual languages in the creation of figurative, representational images. The exhibition also gives prominence to two younger painters represented by James Hyman Fine Art: Lewis Chamberlain and Ben Spiers. Chamberlain’s settings have the realism of Lucian Freud and Euan Uglow yet are constructed scenarios whilst Spiers portraits are composite images that reference anything from antiquity to the pages of Vogue. 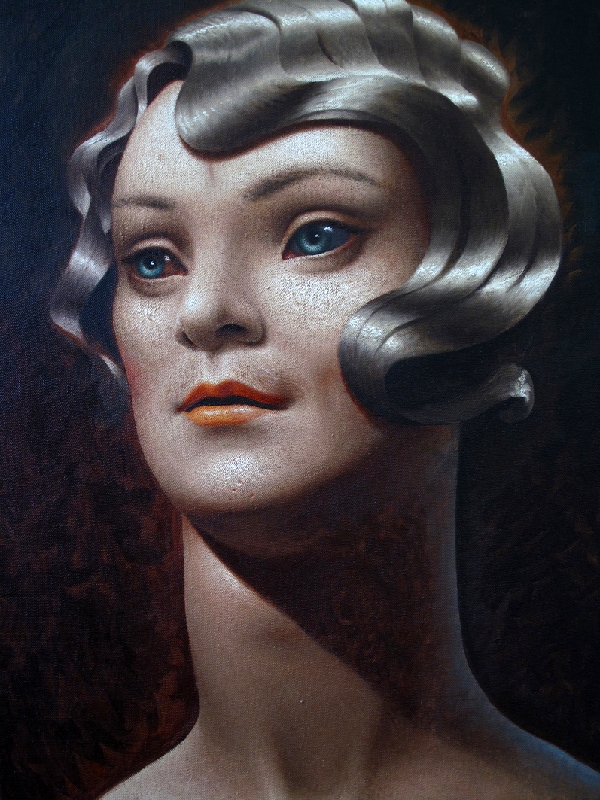 Today, when so much art has become entertainment, serving a public hungry for sensation, and when the notion of high culture is attacked so routinely, it may seem misplaced to recall the high seriousness of Kitaj’s The Human Clay. Yet as today’s artists continue to grapple with humanity’s vulnerability in a violent world, they are creating a new realism. Over the last half century the chimneys of Auschwitz and the atom bomb cloud at Hiroshima, the atrocitities of Vietnam and the terror of the Cold War have moulded the psyches of artists. Now with wars in Iraq and Afghanistan, civil conflict across the Middle East, nuclear melt-down in Japan, global financial crisis and street protest, it is appropriate that the most powerful art of today should seek to address the human predicament and to do so with a new seriousness.

The exhibition is accompanied by a new 80 page publication, Beyond the Human Clay, with an essay by James Hyman, and extensive illustrations.