For one night only! 30 of the most exciting artists working across visual art, film, music, dance and theatre at The Barbican - More Soup and Tart - Friday 15th April 2011 - FAD Magazine
Skip to content 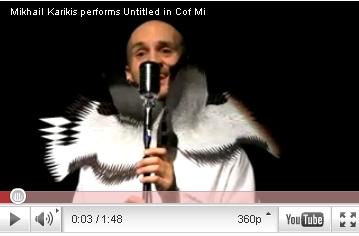 For one night only! 30 of the most exciting artists working across visual art, film, music, dance and theatre each give a two-minute performance that follows a light dinner of soup and tart, in the spirit of Jean Dupuy’s legendary 1974–75 events at The Kitchen, New York.

Plus a special filmed contribution from Michael Clark and video artist Charles Atlas, who was a participant in the original Soup and Tart.