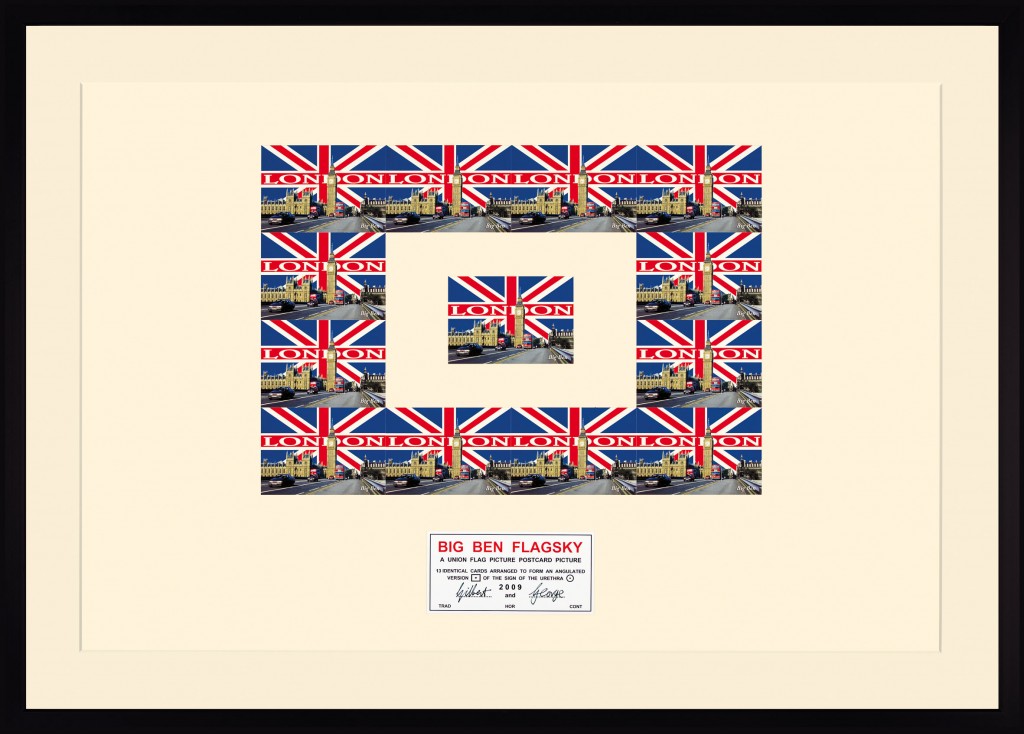 Embarrassingly I went to the wrong White Cube in Hoxton where some other Gilbert and George fans had turned up to see the new Urethra Postcard Pictures, they too had made the pilgrimage to the dirty duos new show. My date Miss P was not best pleased, but we soon high tailed it to the action over at Masons Yard, St James, an antiseptic area of town welcoming of old fashion tailoring and stuffy art galleries. The area in itself providing some frisson for the gallery and event. Masons Yard was bursting at the seam with the noberati, the qualified taste makers and the hunters of the new. Gilbert and George, tan tweed suited were innocently standing up against a wall under umbrellas in the slight rain, away from the crowd, having a crafty cigarette looking on amused, while being congratulated by some fans. You got to hand it to them, a Gilbert and George private view is always good value, like a Rolling Stomes gig, they always deliver. Beer, something controversial to discuss for the tube ride conversation , and some cheap signed posters and bags to takeaway.

Inside White Cube, a confident Jay Jopling was in an upbeat mood. There is a LOT of art, 564 pieces in total, in the whole collection, all with repeatable Warhol soup can repetition of hooker cards for any sexual preclusion. Urethra Postcards is a kitsch mashup with dark sexual overtones from Royal Weddings to bulldogs and smileys. The idea of Urethra Postcards was to collect at least 13 images that makes the song for the urethra (a circle with a dot in the centre) which was used by one of their heroes Charles Leadbetter (1854-1934) on all his correspondence. The urethra is the channel that carries the sperm, and became a symbol to Charles of a healthy occupation, masturbating. Gilbert and George have the wit, and …. balls, as ever.

Postcards are one of Gilbert and Georges favourite formats, tuning from pieces in the early seventies to today’s show. ‘We were always attracted to them’ Gilbert. It’s a fun show, perhaps not as dynamic as previous big exhibitions, but you can’t miss two old entertainers like these two. They won’t be around for ever, and you should catch them now. Showing at White Cube, Masons Yard, St James, SW1 until February 19)