VIDEO:Seduce Me by Isabella Rossellini at The Wolfsonian-FIU - FAD Magazine
Skip to content

During Art Basel Miami Beach 2010, The Wolfsonian-FIU design museum in Miami Beach was showcasing the temporary exhibition “Speed Limits” and “Seduce Me”, an installation / presentation by Isabella Rossellini, Andy Byers, and Rick Gilbert. 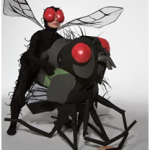 There are a lot of art fairs that are running concurrently with The Armory Show in New York. One of […]

There’s a lot of neon, LED and mirrors at The Armory Show 2011. Master of the light is Iván Navarro, […]