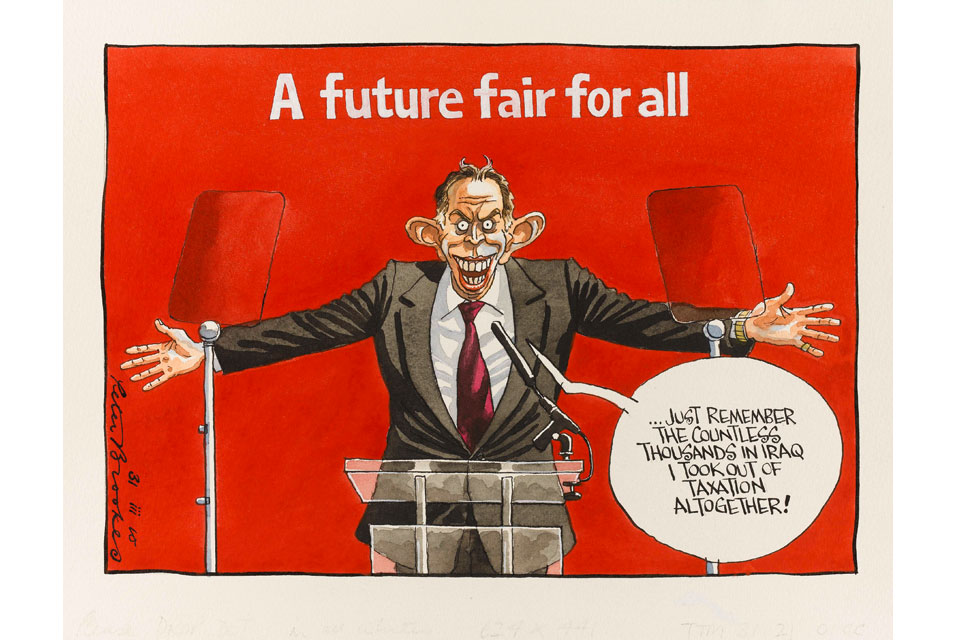 The BFG, Charlie and the Chocolate Factory, The Very Hungry Caterpillar, Charlie and Lola, Wallace and Gromit, The Gruffalo and St Trinian’s – stories that have lit up the lives of generations of children, and not purely thanks to the words that tell them. Very often, the enduring imprint they leave, on the minds of children and adults alike, is in no short measure down to the magical illustrations that help give them life.

Works by many of these famous illustrators will come to sale -– for the most pertinent of causes – at Sotheby’s on Thursday, 16th December 2010.

Some 28 original drawings will be offered, drawn with the characteristic golden touch of the likes of Quentin Blake, Raymond Briggs, Peter Brooks, Eric Carle, Nick Park, Paula Rego, Gerald Scarfe and many others. Estimates range from £1,000* (for Beryl Cook’s Nude on a Leopardskin) to £3,000 (for Quentin Blake’s The BFG, illustrated above.) The driving force behind the sale is Quentin Blake, who has rallied his illustrator peers for contributions in order to raise funds for a cause that is close to all of their hearts: the founding of the House of Illustration – “the world’s first dedicated home for the world’s most accessible artform”.

Quentin Blake said: “We are enormously heartened by the generosity with which so many artists have responded to our invitation and grateful to Sotheby’s, not only for putting on this show but doing it with such enthusiasm and style.”

Philip Errington, Sotheby’s specialist in charge of the sale, said: “We are delighted to offer the work of so many instantly recognisable illustrators and to support this worthy cause.”

The Sale and Pre-Sale exhibition
The group of 28 drawings – some created especially for the sale, others original illustrations for celebrated works – will be offered in Sotheby’s big winter sale of English Literature, History, Children’s Books and Illustrations. Prior to the sale, the illustrations will be on view to the public in Sotheby’s galleries from December 12th to 15th. The exhibition for the auction will also include original artwork from the rest of the sale including work by Beatrix Potter, E.H. Shepard, Edmund Dulac and Margaret Tarrant. Sotheby’s will also be exhibiting additional pieces which are not for sale from various private collections to create a special “The Art of Illustration” exhibition.