Soma, that divine elixir, has confounded scientists, amateur chemists, and mystics for millennia. The libation has been alluded to in ancient texts as granting enlightenment, fortune, and access to the divine sphere to those who ingest it. Searches for the key ingredients have been on again off again, debates over the recipe have gone unresolved, and all the while, archaic hymns are still sung, heralding its glories.

In 1960 Gordon R. Wasson, a Wall Street banker, reinvigorated the debate over the key ingredient when he published a piece in which he claimed to found the fundamental component- the fly ageric mushroom (Amanita muscaria). We usually recognize them as the luck bringing cartoonish red mushroom dotted with small white growths; far from being a playful good luck charm, these colourful fungi are poisonous if eaten raw. That said, the hallucinogenic properties of a libation created with them are reputed to have brought enlightenment to Hindu leaders in the 2nd millennium BC in Iran, Siberia, and India. 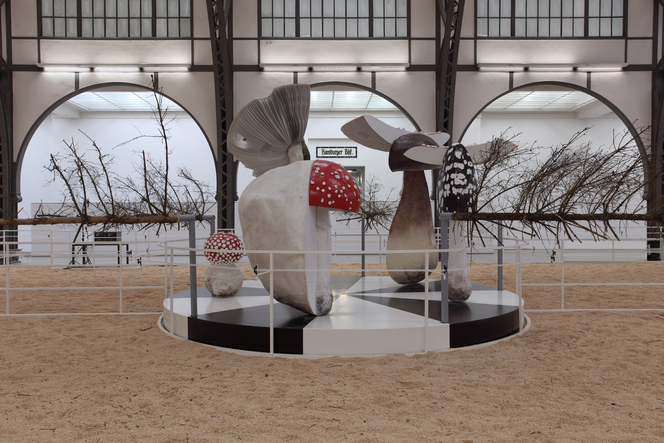 Carsten Höller’s current exhibition, SOMA, at the Hamburger Bahnhof in Berlin takes on the examination of the drink, its properties, and the impact it would have on today’s society. The installation fills the large entrance hall at the museum, with each side of the installation mirroring the other. Six live reindeer, twelve canaries, four mice, and one fly populate each half. The canaries are housed in cages of powder-coated metal, and scale-balanced to expose shifts in weight. Refrigerators on each side are filled with the fly ageric mushroom, gathered from different locations throughout Europe. The difference between the two sides is that only animals on one side of the exhibition are given Soma. It’s left to the viewer to detect differences in behaviour and determine which animals have transcended into a higher realm of being. 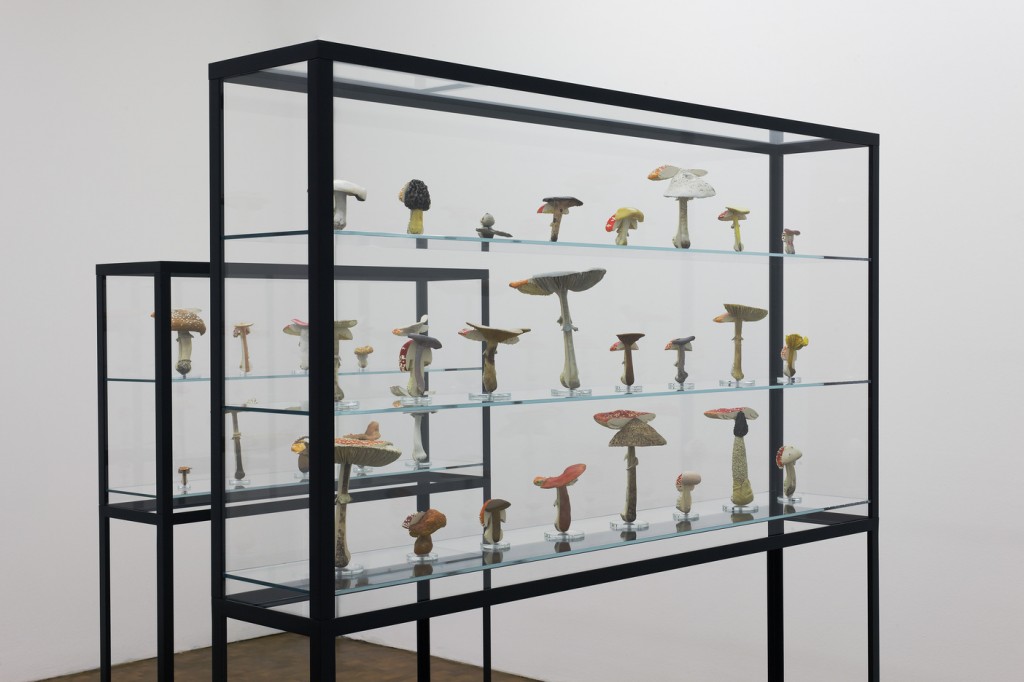 The unstated goal is not to see what affect Soma would have on animals, rather, what it would mean to society, to have such a drink? How would enlightenment alter our personal relationships and politics? Would fortune influence capitalist societies? For better or worse? Could accessing the divine improve our state of well-being?

The concept of dualities reflected in the installation is an important factor in Höller’s work. Test Site (2006-07) at the Tate Modern presented huge vertigo inducing slides that visitors were invited to experience, the wildly popular Double Club (2008-09) in London – a bar, restaurant, and disco, focused on the clash between Congolese and Western traditions, and now the perfectly balanced “Soma”.

Udo Kittelmann, director of the National Galerie, introduced the opening, seemingly surprised at the crowds that were pressing at the doors to get in. Kittelmann, enthusiastically proclaimed Carsten Höller as one of the greatest artists of the new millennium, and encouraged the audience to carefully contemplate the meaning behind the exhibition. However for many, it’s going to be hard to get over the cute factor of the mice and reindeer, especially with Christmas right around the corner.

While the exhibition is one of the most important currently on showing in Berlin, and 100% recommended, the steep 8 Euro entrance fee is a high price to pay. Unless you’re planning on undertaking serious observation and contemplation of the work, it really takes no more than 15 minutes to slowly meander through. If you don’t go for the combination ticket to see all the exhibitions on display at the Hamburger Bahnhof, you’d be best off going between 2 and 6 on a Thursday, when entrance to the museum is free.

More information can be found on the SOMA

All images courtesy of the Hamburger Bahnhof and Carsten Höller