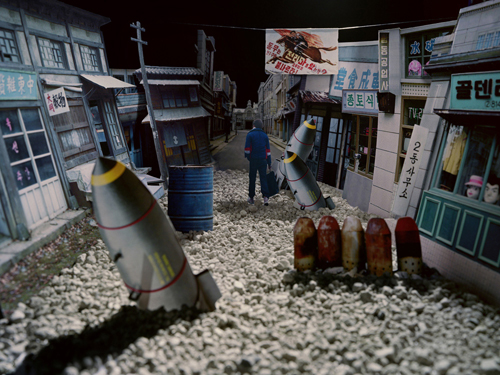 Globalisation has been repeatedly staged, weakened and re-staged throughout history in different forms and so far one undeniable outcome: vast economic prosperity for certain nations or empires. Although its historical origins are still debatable, the Hellenistic period, the Age of discovery and the European colonization of America have all been regarded as eras of Globalisation.

In each of these periods parts of the world have tasted the sweetness of the fruits (abundant products and accumulation of wealth), while others have had to endure various forms of exploitation, inequality and depletion of natural resources.

Since World War II, what is known as ‘Globalisation’ is supposed to be the result of planning by certain world leaders to eliminate borders and facilitate trade, thus creating interdependence and reducing the chances of conflict. Initially triggered through international treaties and regulations, Globalisation is assumed to function as an engine that pursues coexistence and global prosperity through free trade, exchange of technologies, people and ideas, while simultaneously diminishing the imbalance between strong nations and the so called “underdeveloped countries”.

After decades of modern Globalisation, are we on the way to achieving peaceful coexistence and true global prosperity?

Through the eyes of seven artists, the exhibition Down the road of Globalisation will attempt to mirror our societies and cultures, having undergone several stages of Globalisation. The works in this exhibition deal with various aspects of the post-modern metropolis, ranging from territorial conquest and expansion, to the role of the media, some of which are often overlooked in today’s hectic daily life.

Tina Hage photographs explore the so called Imperialist practices by
addressing the influential power that the media has been rapidly gaining.
Questions are raised about the integrity of the media and the freedom of the press -as their links with the corporate world become increasingly blurred- making it more and more complex to identify the true intentions of what is being presented.

The subjects in Tina photographs are represented by the artist herself. Her
re-enactments provide an original context for the evaluation of photojournalistic images which are published to serve a specific purpose. Her work questions this very purpose and the way it has been conceived, by creating a space for the audience to revalue what they are seeing.

Ayoung Kim video work makes the viewers suspicious of the reality of her
images. Her fictive miniature models made of photographs are employed to
make surrealistic film scenes which focus on specific incidents or accidents
that have occurred in the UK. The work Not in the wrong place at the wrong
time is based on the tragic incident of the shooting at Stockwell tube station
in London in 2005, where an innocent Brazilian man was shot dead by police after being mistaken for a terrorist. In the aftermath of the shooting the society plunged into a fierce debate about the root causes of the incident. Whether it is simply a failure of police procedures or the socio-cultural degradation of a multicultural society with widespread fear of terrorism is still debatable.

In Jörg Obergfell untitled triptych we see lonely flags fluttering in the wind. They are made of simple materials, branches and bright plastic bags. But the flags are not, as one might assume, placed on unknown territories or in the wilderness to show the broadening of human civilisation.

Obergfell fixed them in the gaps between concrete surfaces of a big city. Standing there between anonymous facades they symbolise the reaction of an individual to the overwhelming environment of the contemporary metropolis; here as well one tries to claim own spaces.

Beltran Obregon’s video entitled UNEP Manual 1.1 experiments with the effects of simultaneous visual and auditory information. Colorful abstract animation graphics accompany a sober and precise background voice similar to that of an audio guide, delivering what seems to be a Latin American organization’s spoken instruction manual. The “Manual for Possession of Domain and Exertion of Power” contains a set of strategic guidelines for successfully taking possession of a piece of land and dominating its inhabitants.

The elegantly tailored animation initially seems to complement but at times
appears to distract and therefore distance the viewer from the content of the highly structured speech, leaving one suspended in a sort of uncharted territory between politics and aesthetics.

Yo Okada employs the image of Chewbacca from the Hollywood film Star Wars, which has been acknowledged as an example of cultural imperialism. The film admires America? myth and implies a desire for world domination in which the aliens are regarded as foreigners to be dominated or, like Chewbacca, they play the role of a subaltern sidekick of the hero.

Chewbacca is pictured as a half-civilized animal with massive hair and a deep voice, who speaks a different language. The imperialistic view on Chewbacca may be obsolete nowadays but the question remains of whether any vestiges still survive and live among us with difference faces.

Gunwoo Shin examines the relationship between two contrasting elements
by juxtaposing them in his work. Myth and reality have been adopted
simultaneously in the work Sinker, in which the angel has been depicted not
only as a religious icon but as a dangerous being with missiles on his back. It could imply the Religious imperialism that Christianity has spread all over
Asia since the 19th century, where traditional religions have been replaced with the new religion in an act of cultural supremacy.

The Return House of the Nobleman Extended

Following on from the success of last year’s ‘The House of the Nobleman’ art exhibition, curator Victoria Golembiovskaya presents ‘The Return’ viewing at Boswall House.

VIDEO: The House of The Nobleman on until Sunday 23rd October 2011

Following on from the success of last year’s ‘The House of the Nobleman’ art exhibition, curator Victoria presents ‘The Return’ viewing until 23rd October 2011 at Boswall House, a magnificent 15,000sqft Grade I listed Regency mansion at 2 Cornwall Terrace. 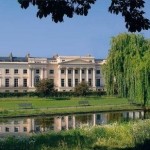