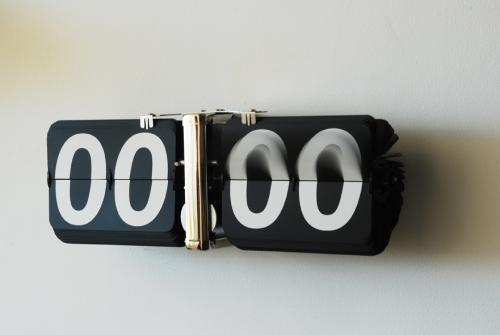 June 23–September 19, 2010
Covering a decade of the internationally admired artist’s work, “Rivane
Neuenschwander: A Day Like Any Other” will span the fourth, third, and lobby galleries of the New Museum.

It will spotlight the artist’s unique contribution to the narrative of Brazilian Conceptualism and reveal her wide-ranging, interdisciplinary practice which merges painting, photography, film, sculpture, Installation, collaborative actions, and participatory events.

Three installations in “A Day Like Any Other” will involve direct visitor participation: Neuenschwander’s I Wish Your Wish (2003); First Love (2010); and Walking in Circles (2000). I Wish Your Wish will be installed
in the New Museum’s lobby gallery space (always open to the public free of charge). At the church of Nosso Senhor do Bonfim in Salvador, Bahia, Brazil the faithful tie silk ribbons to their wrists and to the
gates of the church, and, according to tradition, their wishes are granted when the ribbons wear away and fall off.

For Neuenschwander’s installation I Wish Your Wish at the New Museum, hundreds of similar ribbons will be printed with visitors’ wishes from past projects, and will hang from the gallery walls. Visitors will be invited to remove a ribbon, tie it to their wrist, and replace it with a new wish written on slip of paper, continuing the project that keeps generating new ribbons and dreams.

In Walking in Circles (2000), small halos of adhesive applied to the gallery floor by the artist will pick up dirt from visitors’ shoes. The work will create a physical and temporal map of the exhibition’s traffic patterns.

The exhibition will include two of Neuenschwander’s immersive installations. The first of these, Rain Rains (2002), is an environment of leaking buckets that are controlled from flooding by a Sisyphean recirculation tended to by museum staff in four-hour cycles.

The second immersive work, The Conversation (2010), will be realized expressly for the exhibition and pays homage to Francis Ford Coppola’s revolutionary 1974 film of the same name. Like the film, Neuenschwander’s installation investigates the systematic invasion of privacy in an era of dangerously purposed technology.

The artist and the New Museum will work with security experts to create an Orwellian environment filled with surveillance devices. Prior to the exhibition’s opening, Neuenschwander will raid the “bug-filled” room in an attempt to uncover the devices, a performance that will be recorded by these devices and then played back in the partially dissembled exhibition space.

In addition to these participatory actions and major installations, the exhibition will also contain several suites of new paintings including After the Storm (2010), made with maps of New York counties exposed
to torrential rain and At a Certain Distance (Ex-Voto Paintings) (2010), as well as the lustrously beautiful film The Tenet (2010), which follows the journey of a soap bubble as it wanders through a deserted house in a permanent state of suspension.

The show will also include Involuntary Sculptures (Speech Acts) (2001–10), communally evolved sculptures made by customers during conversations at bars and restaurants near Neuenschwander’s home in Brazil, and A Day Like Any Other (2008), an informal installation involving a series of flip clocks placed throughout the New Museum building, among other works in the exhibition.

“Rivane Neuenschwander: A Day Like Any Other” is curated by Richard Flood, Chief Curator at the New Museum. The exhibition is organized by the New Museum in collaboration with the Irish Museum of Modern Art.