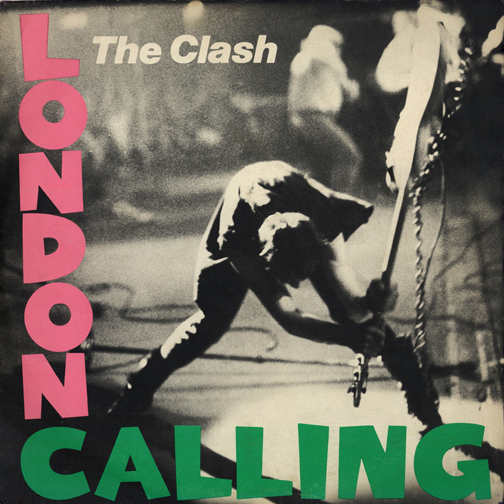 The Idea Generation Gallery in support of the Ray Lowry Foundation, presents a unique exhibition paying tribute to the life and works of iconic illustrator, Ray Lowry. Manchester—born, Lowry began his career drawing for Punch Magazine, International Times, OZ, NME and Private Eye creating a cult following for his celebrated illustrations and cartoons.

Most famously, Lowry created the unforgettable art work for The Clash’s seminal 1979 album, London Calling. Followed by many devoted fans Lowry and his work has been cited as an influence by a broad spectrum of artists from John Squire to Arthur Smith, Keith Allen to Paul Simonon (of The Clash) and Tracey Emin to Humphrey Ocean.

Underlying Ray Lowry’s cult status and influences, 30 prominent artists have produced new art works interpreting his famous 1979 album cover for The Clash. Celebrating Ray’s work and career the artists have looked at how Ray influenced their art as well as the personal influence he had on their artistic output. All the new works will be exhibited, for the first time, alongside a retrospective of Ray’s work.

The original sketches, designs and ideas for the album cover, private sketchbooks, personal letters and previously unseen photographs, paintings and more will beon show. This showcase gives a personal insight into the mind and work of Ray Lowry and reveals the motivations
behind one of the greatest illustrator’s of the past four decades.

“Ray Lowry’s cartoons, Pennie Smith’s photos and Nick Kent’s rambling prose were the three things in the NME that had me standing in the rain waiting for the newsagents to open every Wednesday at 7am. I couldn’t wait to devour it all so I could be as cool as they obviously were.” Kevin Cummins

Lowry’s association with the music press began in the 1970’s, most notably with the NME for which he produced pocket cartoons, strips and a wide variety of illustrations. As a true rock n’ roll fan, he met The Clash at a concert at the Electric Circus whilst they were supporting the Sex Pistols on their infamous Anarchy in the UK tour. A friendship
began and he was invited to accompany the Clash on their 1979 US tour during which Joe Strummer dubbed himas the band’s “official war artist”.

“Within three weeks I had gone from a fan to one of the band’s intimate entourage. The first time I got behind the wheel of the minibus, with The Clash in the back, I felt a bit awestruck.” Ray Lowry

He superimposed the album title on a photograph of Paul Simonon smashing his base guitar on stage, during a concert at the Palladium in New York. In 2002, Q magazine voted Pennie Smith’s image as “the best
rock ‘n’ roll photograph of all time” with Lowry’s sleeve coming ninth in a poll by the same magazine of the greatest album covers of all time.

“The London Calling album cover had to feature the infamous pink and green rock ‘n’ roll lettering. God made me do that ….Actually I had no idea that it was out of focus. Half blind at the best of times and probably half pissed at the time,that simply had to be the one.” Ray Lowry

The Ray Lowry Foundation has been set up to help fulfil dreams for others that Ray was not able to, the aim to give a gifted person the financial support to develop their skills and study to a higher level. Ray was a self taught artist and had no formal training in the field. He valued further education but due to his circumstances he was unable to take his studies to a higher level. In memory of Ray Lowry, the Foundation has been setup to help those in similar circumstances.

Launching on the 17th June 2010, to coincide with the exhibition, the foundation will work closely with Manchester Metropolitan University to help provide financial support to those who share Ray’s passion for art. All works exhibited and donated will tour the world before being auctioned in aid of theFoundation.