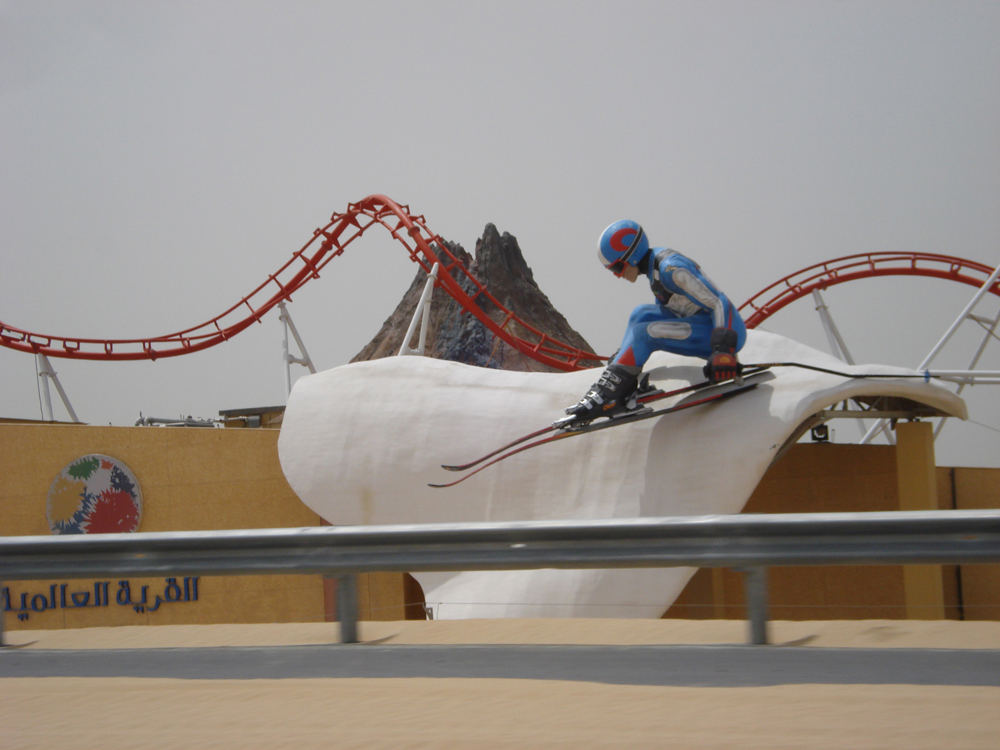 ‘American Mountains’ is an ongoing project that brings together the work of eight artists. At its centre is an image and a phrase: a photograph of the perimeter of ‘Dubailand’ – a development outside the city of Dubai, and the phrase that provides the title – an old Russian name for roller-coasters.

‘A place called ‘Dubailand’ seems like unnecessary reiteration – there is already a place called ‘Dubai’ that is enough like a theme park; ‘Dubailand’ offers unreality on top of unreality. At the moment, Dubailand performs its name very accurately – it is just demarcated land, waiting to be developed, with no discernable sign of building except huge fences and billboards forming the perimeter.

The dusty drive back towards the original Dubai passes through scrubby desert, fields of pylons and a brief strip of half-built suburbs. The city appears, jumbled architectural styles and burnished metal carapaces give a science fiction incongruity in its surroundings of wide desert, sea and sky. Its newness gives a feeling of impermanence, as if the city has a somewhat tenuous grasp on the land, vulnerable to being engulfed by either the sea on one side, or the sand on the other.’

Stand-ins, props, fakes and replicas are recurrent in the work, as are allusions to something that might be very far away – the phrase ‘American Mountains’ suggesting something distant but not without familiarity. In the works of the eight artists, that distance may be geographical, historical or ideological. ‘America’, the real, geographical place (of now) denoted in the title, must at the same time be absent from the image conjured, and replaced by one that is mythic, and false – like the two dimensional mountains in Dubailand.

Within this shaky, confusing territory, the work here emphatically exists – cardboard is painstakingly riveted together, clichés slavishly copied, imperialist misappropriations documented. The works present no thesis, no manifesto; what is displayed here is more a set of symptoms. Corporate universalism and a monument’s implacability are alloyed with something ‘closer-to-home’ – recapitulating the gallery interior through intimate sound works, reference to London shop signage and supermarket branding.

Extracts from ‘Dubailand’, an essay by Richard Whitby
www.autoitaliasoutheast.org 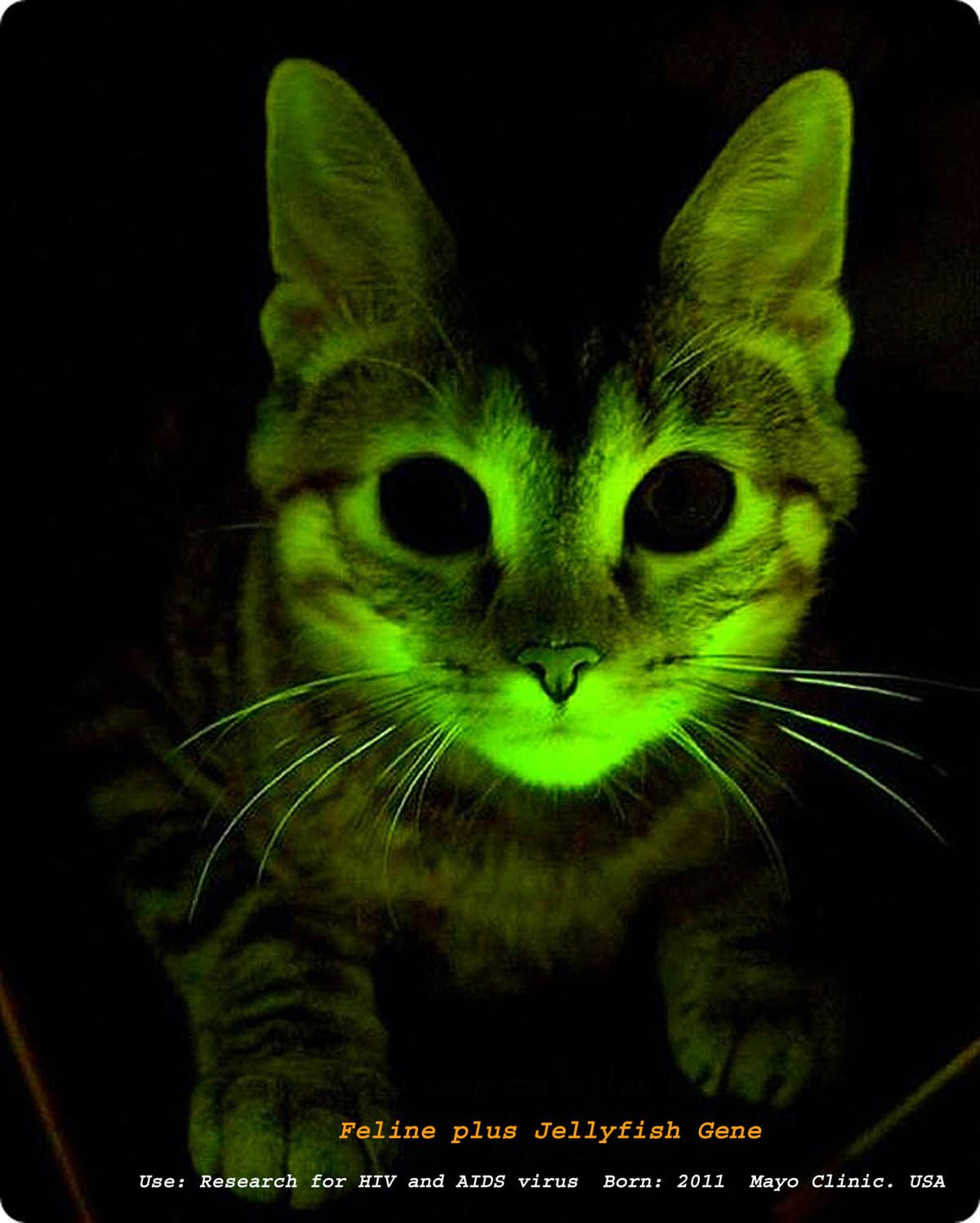 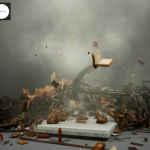