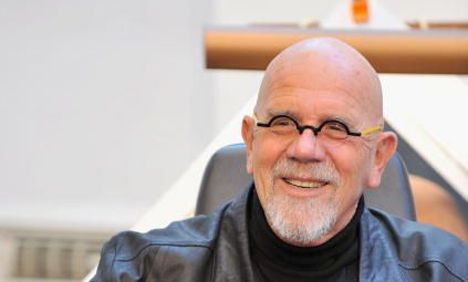 Chuck Close is lending his “absolute” support to a last-gasp campaign to stop the sale of works from the Polaroid Collection, which numbers around 16,000 works according to court papers filed in Minnesota in 2009. An auction of around 1,200 of these is scheduled to take place at Sotheby’s New York on 20 and 21 June.

“These were not Polaroid’s works to sell,” said Close. “I gave my best work to the collection because it was made clear that it was going to stay together and be given to a museum.” He is one of 56 artists willing to be plaintiffs in the motion for a rehearing which campaigners hope to file to the same Minnesota bankruptcy court that awarded sales rights to Sotheby’s last year. Only five of the artists—and 203 images—would be affected by the June auction, said Sam Joyner, the former US magistrate judge leading the campaign. He added that he is trying to find pro-bono legal representation.

“According to the photographers, some of the works were placed in the collection with promises of no commercial use, and perpetual access to the image by the photographers,” said Joyner. He believes ownership is dependent on the language used by Polaroid in their original agreements with the artists. “We would like the court to [balance] what we were promised against the rights of the people who lost money when Polaroid went bust,” said Close.

Polaroid filed for bankruptcy twice in the past decade, most recently in connection with a £3.65bn Ponzi scheme at parent company Petters Group Worldwide. Private equity firm, Hilco Consumer Capital, and liquidator, Gordon Brothers Group, acquired the Polaroid name and assets—barring the collection which remained behind with the defunct Polaroid Corporation, renamed PBE, and is now in the hands of PBE’s liquidators.

“Nothing would be worse than a piecemeal sale,” said William Ewing, director of the Musée de l’Elysée in Lausanne, which holds a separate 4,500 works on loan. “I am hopeful that the entire collection, or at least our works, will be sold to a single buyer that will agree to leave them to the museum.”

Supporters of the “Impossible Project”, a Netherlands-based company which last month produced a new analogue instant film for Polaroid cameras, “recently placed a binding offer to purchase” the works at Lausanne, according to Marlene Kelnreiter, press spokeswoman.
Meanwhile, Sotheby’s told us in February that the sale had been widely publicised since the auction house was given the rights to sell the works in August 2009, and: “A few claims from photographers not represented in [our] auction were made, and they were all rejected by the court. No claim has ever been made to any of the items in the upcoming auction.” Via:[ArtNewspaper] 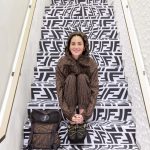 Born from the idea to personalise the classic vintage Polaroid OneStep Close-Up 600 camera with FENDI DNA, this Polaroid camera […] 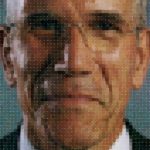 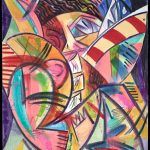 Printed Matter in the palm of your hand. Two Palms at CFA Berlin