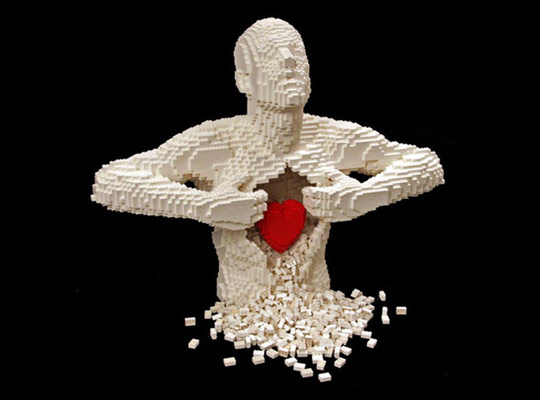 Making his solo debut in New York is the self-proclaimed “Brick artist” Nathan Sawaya, a former lawyer who makes large-scale sculptures entirely out of LEGO blocks. (His studio, stocked with more than one million LEGOs, is like a fantasy playroom.) His exhibit just opened at the Agora Gallery in Chelsea (530 West 25th Street), and runs through April 13th.

Artist statement
Creating art is my passion. The primary medium for my work is LEGO® plastic bricks. I use this as a medium because I enjoy seeing people’s reactions to artwork created from something with which they are familiar. Everyone can relate to it since it is a toy that many children have at home. I want to elevate this simple plaything, with its clear lines and angles, to a place it has never been before. It takes weeks to complete a life size human form. When I am working on a project I enjoy, I completely submerge myself into the project, going into a trance-like state. Currently I am working with the human form, which can represent the everyman and my own metamorphoses, fears and accomplishments. I aim to captivate people and strive to create artwork that is interesting and that is unlike anything they have seen before. 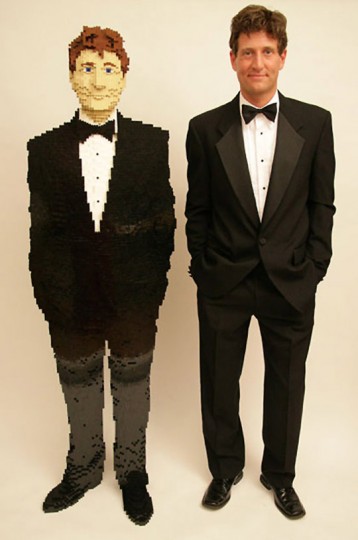