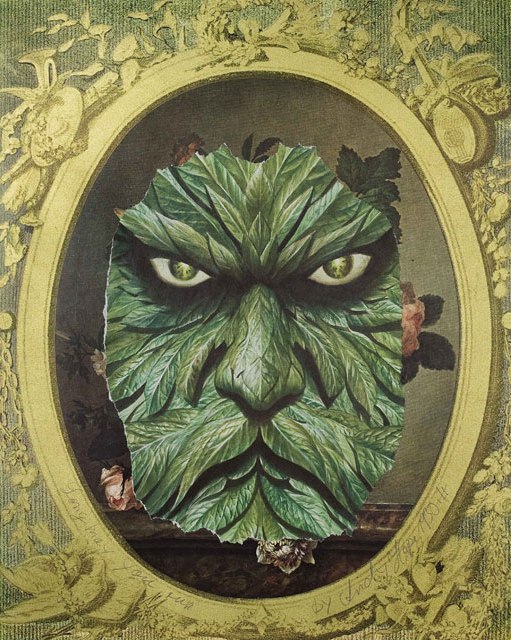 LONDON.- The Berlin-based artist Andreas Hofer (b.1963) has created a new series of works for Sigmund Freud’s house that includes paintings, collages, sculptures and site-specific installations.

The exhibition’s title relates to the name and date Hofer often signs his work. The name is a kind of alter-ego, while 1930 is a significant date since it marked the major economic and political crisis in twentieth century Europe and a shift in the history of modern art with its avantgarde movements. That same year Sigmund Freud was living in Vienna, where the Nazi party was gaining power and becoming more threatening, and wrote the book, ‘Civilization and Its Discontents’. This argues that violence is inherent in human nature, what Freud calls ‘the inclination toward aggression’. After Hitler invaded Austria, Freud and his family, who were Jewish, witnessed violent anti-Semitism and eventually fled to London in 1938.

Much of Hofer’s highly individual iconography has its roots in comics and science fiction. By coincidence, Superman first appeared the very same month Freud came to live in London, published in Action Comics No. 1, June 1938. For this exhibition, Hofer has created an intriguing installation of ‘Andy Hope’ masks and superheroes’ capes. He has also juxtaposed some of his extensive collection of science fiction figures with Freud’s collection of antiquities. There are fascinating parallels between the superheroes and their potential archetypes represented by Freud’s statuettes of ancient Sumerian, Egyptian, Greek and Roman deities. Like the god-like alien Superman, the ancient Sumerian hero, Gilgamesh and Heracles, the ancient Greek demigod, help a weaker human race with their amazing strength and powers.

In Freud’s celebrated study, Hofer has installed a series of ‘Monty’ portraits inspired by John Huston’s 1962 film, ‘Freud: The Secret Passion’. The protagonist was the Hollywood actor Montgomery Clift, whose own life was ironically plagued by mental problems. This movie depicts Freud’s life from 1885 to 1890 and tells the story of the treatment by hypnosis of an hysterical patient, Cecily, by the young Freud, who struggles to bring her into awareness of the sexual origins of her problems.

Freud first developed his theories in clinical work with women who were deeply troubled by fears, anxiety, and painful emotional memories. With this in mind, Hofer has installed upstairs several paintings from his ‘Sweet Troubled Souls’ series – thirteen portraits of women shown for the first time in 2007 in a private space in Paris in collaboration with Silverbridge. These powerful, expressive and disquieting portraits of women are carefully lit to create a ghostly ambience. Hofer has also been inspired by Freud’s famous essay on Leonardo da Vinci (1910), which has its centenary this year, and has created an installation and some new works that include an intriguing collage depicting Leonardo as Spiderman.

‘Andy Hope 1930 at the Freud’ is the latest in the critically acclaimed ongoing series of Freud Museum exhibitions curated by James Putnam that have included projects by Sophie Calle, Sarah Lucas, Ellen Gallagher and Tim Noble & Sue Webster, Oliver Clegg and Mat Collishaw.

This exhibition takes place from 25 February – 2 May 2010 at the Freud Museum in London.