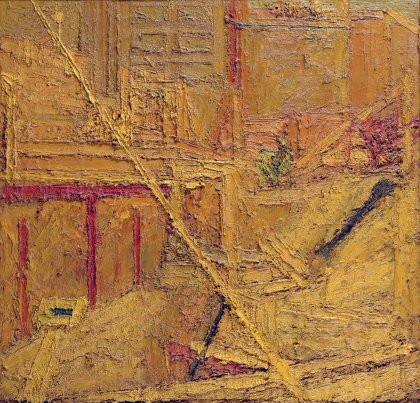 UNTIL SUNDAY 25 OCTOBER
World class artists, filmmakers, eminent musicians and literary luminaries will join leading academics and emerging student talent this week for the UK’s first-ever festival of higher education, Inside Out.

Organised by the London Centre for Arts and Cultural Exchange (LCACE), an initiative which promotes better links between the capital’s universities and its cultural sector, the Inside Out festival will see nine institutions including King’s College London, the Guildhall School of Music and Drama and Birkbeck, University of London, throw their doors open to the public.

Cultural venues such as Somerset House and the National Portrait Gallery will also be hosting a packed programme of visual art, literature, music, theatre and film events throughout the week. Members of the public will have the opportunity to attend unique events such as Unknown Devices, a performance by the experimental music group The Laptop Orchestra, and a one-off talk with former Poet Laureate Andrew Motion, as well as debates about the value of contemporary art and creative writing with well-known academics Julian Stallabrass of the Courtauld Institute and Blake Morrison of Goldsmiths.

Sally Taylor, Director of LCACE, said: “Universities have always played a huge role in enriching the capital. However, this contribution is not always recognised. The Inside Out Festival is an open invitation for all Londoners to find out more about the rich talent currently being nurtured in nine London universities. This week will be a feast for anyone who loves the arts.”

Other highlights of the Inside Out Festival include:

A thought-provoking debate on contemporary attitudes to the holocaust with renowned historian Professor Orlando Figes.

Poet Ruth Padel in discussion with artist Sam Winston about a new exhibition The Name in the Flower which celebrates the 150th anniversary of the publication of Darwin’s On the Origin of Species, inspired by Ruth Padel’s Darwin, A Life in Poems

Many events are free but booking is essential, More information:www.lcace.org.uk.