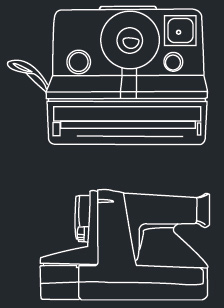 We’ve reported previously on the Impossible Project, an attempt to manufacture the iconic Polaroid instant film after it was discontinued. Now it’s been reported that the new owners of the Polaroid brand will team up with The Impossible project to bring the product line back to life. Cameras, film and instant printers are scheduled to be available sometime in 2010. via:(PSFK)