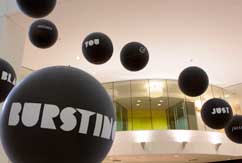 Examples include:
Tales from the Bar of Lost Souls, an inspiring, new piece of theatre produced by the National Theatre of Greece, Cyprus Theatre Organisation and UK theatre company Imitating the Dog which will be performed in all 3 countries by 2010.

Word Express, a series of train journeys undertaken by writers and translators from different countries starting in Ljubljana, Bucharest and Sarajevo and all ending in Istanbul in an attempt to connect countries and areas where political conflict has previously prevented cultural contact.

Lost and Found also explores the concept of creativity in conflict as four female artists who share the experience of creating powerful and passionate performance art within the context of recent war or conflict work together. It will culminate in a performance for the National Review of Live Art in Glasgow, February 2010.

Words Converge, a project using video screen technology to enable poetry and text-based art to be used in a variety of transformative contexts, in public squares, commercial spaces, art galleries, at concerts and at spoken word performances in the UK, Georgia, Israel and Romania will also be unveiled on the 2nd September in King’s Place. 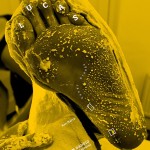 I thought a bit about whether I’m a feminist, as it’s something that often comes up. It will certainly be […]