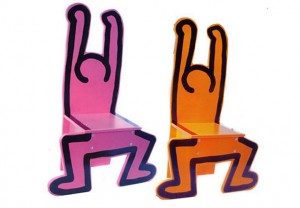 Vilac, the company known for their superb wooden children´s toys has released a collection of Keith Haring chairs (also for children). The chairs are available through UnicaHome. Via (FutureBlog)