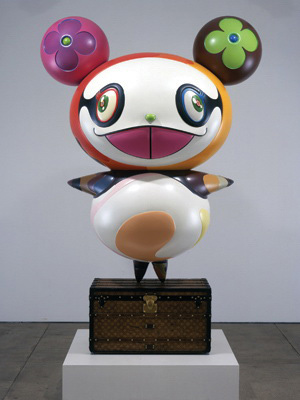 From 22nd May
Chief Secretary for Administration, Mr Henry Tang, at the opening ceremony of “Louis Vuitton: A Passion for Creation” exhibition at the Hong Kong Museum of Art said, “During my visit to Paris last year, we reached an agreement with LVMH to bring the “Louis Vuitton: A Passion for Creation” Exhibition to Hong Kong. I am delighted to be here tonight for the opening ceremony.”

“I encourage everyone to take advantage of the golden opportunity to see this spectacular collection of modern art by world-renowned designers, architects and artists. At the same time, works from several local artists will also be on display,” he added.

Symbol of elegance and exquisite French lifestyle, Louis Vuitton has maintained close links with the arts for more than a century and a half. Founded during the industrial era, Louis Vuitton has always been in step with its time, working with the best engineers, decorators and creators. Inventor of the art of travel, the man Louis Vuitton and his successors have forged a strong relationship between traditional know how and present day design.

The arrival of Marc Jacobs and artistic director in 1997 reinforced and underlined the link with artists. Exemplary collaboration with Stephen Sprouse, Takashi Murakami and Richard Prince has marked the history of the relationship between art and commerce. In Hong Kong, the Louis Vuitton and Art exhibition brings this exciting story to life, analysing the unique creative process through installations, where works of art and archive documents are brought together.

The Collection, a Choice
This exhibition of a selection of works from the Fondation Louis Vuitton pour la Création brings together a small number of significant large-scale works (paintings, photographs, video installations) by European, American and Chinese artists. These reflect an urban and energetic culture, leading to fictional landscapes, somewhere between dream and adventure.

In a developing open-minded spirit, the Foundation was eager to invite ‘emerging’ Hong Kong artists to take part in this exhibition with the help of a young art critic and curator who lives in China.