Greetings und guten tag mein dear Fad reader, you will pleased to excuse the delay in my reporting from Art Basel Miami. I have been overdoing the schnapps the last couple of days and I have unable to write so much.
Yes, indeed one can over indulge here in Miami, for there are many parties often offering free alcohol and your Klaus is, I will admit is weak willed at times.

I believe I left you last on my way to Art Positions in Collin Park. I very much enjoyed this event, which has a carnival atmosphere. Some 20 small interesting galleries take over large shipping containers showing installation pieces. Crowds of funky folk line up to enter these containers and it can be quite a crush I can tell you.

I did not stay so long as I was with a wide-eyed young fräulein, Karol a talented artist from Dortmund, who was keen to go to the UBS party at the Delano Hotel. I could not believe my luck, for we without any form of invitation managed to walk straight into a large marquee on the beach. What a treat was in store, in a sumptuous setting was an extensive buffet offering up slices of delicious beef and fish on hot plates. My companion was much taken by the seafood selection, which unfortunately your poor Klaus cannot stomach so well, after an unfortunate incident involving some bad mussels some years ago. There was an open bar, which of course was hard to refuse.

The event finished quite suddenly and we moved up past the seemingly never ending pool lined with soft bedding and private cabins to the Florida Rooms, which lies underneath the hotel. I was amazed as my companion, who speaks Spanish managed to get us into the party there hosted by Audi. Once inside, we were offered champagne and found a booth. The crowd was very high society mixed with some young trendies. I spotted Jay Joplin at the doorway, but he did not stay very long.

His loss I thought, as after about an hour, Grace Jones came onto the small stage. Well, I could not quite believe my eyes, here was this fabulous icon not 20 feet away from me. She looked amazing and sang some of her classic hits such as “ La Vie en Rose and ‘Pull up to the Bumper’ for the later she ‘pulled up’ a guy from the audience to dance with her. I say dance, for it was more like a sex simulation with the guy ending up ‘pulling up’ her tight latex black hold ups. The crowd was going crazy to this performance and cried out for more. She didn’t disappoint. What a show!

As you can imagine, the next morning I was nursing a sore head after the excesses of the night before. So, it wasn’t until midday that I managed to make it to the Design District, where I had a brief meeting with Mr. Miami – Craig Robins who runs the Design show and owns much of this area. Apparently the Design District was up until a few years ago a run down, no go area and has since been transformed into a haven of high-end design showrooms and galleries. Craig Robins was charming enough, although obviously a very busy man, he told me that fair was going well for the exhibitors, perhaps unlike art currently, wealthy people are drawn to beautiful things that have utility.

After that, it was onto the Pulse art fair. I was very impressed by the quality of this show. Almost without exception all the exhibiting galleries were first rate. The fair was well organised and easy to navigate, I stopped by Andrew Mummery’s booth to get the ‘low down’. He had some wonderful museum quality Ori Gersht pieces on show, in better times I’m sure they would have been snapped up. I was also much taken by Nettie Horn’s installation booth dedicated to the work of Debbie Lawson, these carpet covered household objects were very effective. I spoke to Chris Noraika of One in the Other gallery, a very pleasant gentleman who had also wisely devoted his booth to one artist – Andy Harper, I found his work very beautiful indeed and by the sound of it was one of the few selling well.

It was then onto the NADA fair, this show has a feel of a rock festival with the entrance lined with hammocks, where hip art lovers lounged. This all sets the tone for the fair, which is raw and edgy. There was an ongoing performance piece by the gay couple Miller & Shellabarger of Western Exhibitions, who were stitching themselves with appropriately coloured pink cotton. There was a remarkable installation at the Zieher Smith booth, with rotating mirrors and lights. Rob Tufnel of Ancient & Modern talked me through Alan Kane’s work, which is clever and playful.

After all this I found my way to one of the hammocks to rest, but then this gay started doing a loud and awful solo performance on the main music stage there. He was singing some kind of trite in a high camp manner and for your poor old Klaus this was enough. I couldn’t even wait for the fair bus service and jumped into a cab, expense be damned.

Safely back at the hotel, I collapsed only to resurface at around 10pm, time enough to take a walk down Collins, popped into a trendy young party for a refreshing beer and finally a fantastic roast beef sandwich from this wooden counter place behind a gas station.

The next morning, I was up early and headed back to the beach where I did some reading and relaxing. I took my lunch at The Penguin again, what a great place, the portions are so huge and the food so fresh. It is very popular with all the local gays.

So, I returned to my hotel to send some research papers over to Horst in Vienna, does that man ever rest? As I sat with my trusty laptop on the front porch, I noticed that many beautiful women where entering the hotel. Now as a rule, seeing a beautiful woman in Miami is like spotting a pigeon in Trafalgar Square. But this was a parade of some of the finest doves I have seen ever. I asked the clearly excited John, the barman what was doing on, ‘Oh, them?’ feigning nonchalance, ‘It’s a models casting, we have them here every few weeks or so.’ Well, I never, I thought, this was indeed going to be a visual treat. I mean from a purely aesthetic appreciation point of view of course. As I worldly gentleman and lover of the arts, I felt I was beholden to order a Heineken beer or two (the only imported beer to drink in America) and to savour these visions of perfection.

Soon it was time to take a shower (nothing to do with the flow of models you must understand) and prepare myself for dinner and the Vanity Fair party at Raleigh Hotel, I was joined again by young Karol who I believe rather likes being taken under the wing of your own Klaus. The party was wunderbar. There were rich powerful men with tall and beautiful women in tow, cool trendy gays, journalists and general party people. I spotted my old friend Anthony Haden-Guest and greeted him warmly. He is a charming man of great wit and wisdom. I spoke to the very beautiful and talented Olivia Cole, who was here covering the fair for some publication. She is also a fine poetess and writes divinely. She was with Sophie Leris of GQ magazine. This was quite a refined gathering.

The cocktails and champagne flowed at the open bar (yet again your poor Klaus succumbed to temptation) and there was a photo booth where guests could take their own picture, which was printed immediately. The food was not so good, with American mini hamburgers, hot dogs and roast beef sandwiches (although these I liked).

The music was good with a mix of old and new and by the speakers there were a group of fast approaching middle aged women from California, dressed like twenty year olds. One particularly striking lady with her Russian ‘husband’ informed in a drunken drawl that she had just spent $50,000 on a piece of artwork, but alas had no idea who the artist was, or even from what gallery she had acquired the work from. Apparently it was a ‘divine thing’ done by a Frenchman.

As the party was winding down, we headed to the front of the hotel, where I said hello to Sam Keller (an infamous party goer) and Jay Joplin, who was informing his female companion of some exploit from the year before. The art crowd was heaving and it was time for tipsy Klaus to retire for the evening.

Alles klar, I am planning to make another visit today to the Convention Centre and I will be sure to report back to you any tip bit of information from there, apparently the figures coming out are that sales are down 30% from last year, that is maybe a conservative estimate.

Tonight I have been invited to Paris Hilton’s party in the Design District at a super exclusive restaurant and bar. There will be much to report from there, I am sure. In the meantime….Tschussy. 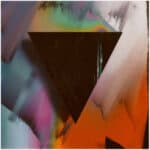 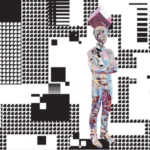 Berlin’s Nagel Draxler gallery, is converting one of its venues into a space dedicated to crypto- and blockchain-related art.Kenny Schachter will be the first to have an exhibition in the new gallery, opening 14th January 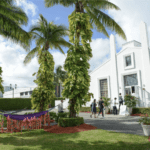