My earliest vivid memory of a TV news report was one on the dirty protests at Northern Ireland’s Maze prison. Some earlier events left vague memories – Thatcher’s election as Conservative leader, the rescue of the US hostages from Iran, the Winter of Discontent – but those shit-covered H-Block walls and the hosepipes spraying them down are still clear in my mind as if I’d seen them yesterday.

So tonight I went to see Steve McQueen’s film Hunger:

The walls were there, exactly as I remember them. The film’s visual impact – scrub that, the film’s impact – is enormous. I left the cinema three hours ago and have been in some sort of a daze ever since. McQueen has a very minimal but very powerful way of telling a story – for most of the film, there is little dialogue, just a stark succession of images (and sounds) which tell it like words never could. But sandwiched in the middle of all of this visual drama is a single-take static-camera sequence of some 20 minutes in which soon-to-be hunger-striker Bobby Sands explains his intentions to a catholic priest. It’s the most uncomfortable part of a very uncomfortable film, and it kept the audience glued to the screen.

Hunger is a beautiful, disturbing, mind-opening symphony in shit, piss and blood, and it fuels my rapidly developing admiration for Steve McQueen. Check out this interview with Mark Kermode for BBC’s Culture Show, which talks about Hunger and also his work as official war artist in Iraq. 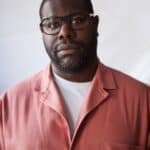