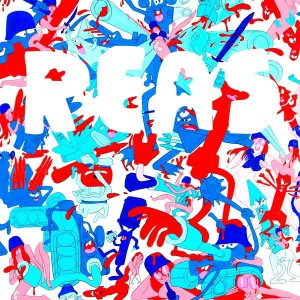 Lazarides Gallery Greek Street is delighted to present an exhibition of new work by Todd James / REAS. Blood & Treasure features a series of over twenty new paintings, as well as a never-before-seen animated video.
Protest images marked out in cartoon outrage, filled with recycled advertising cast-offs and corrupted child scrawls, these large-scale works of gouache and graphite smash the distance between death and jokes and between the viewer and what he or she probably goes around trying not to know about the present state of things. 29th August until the 26th September

Antony Micallef takes a good look at himself